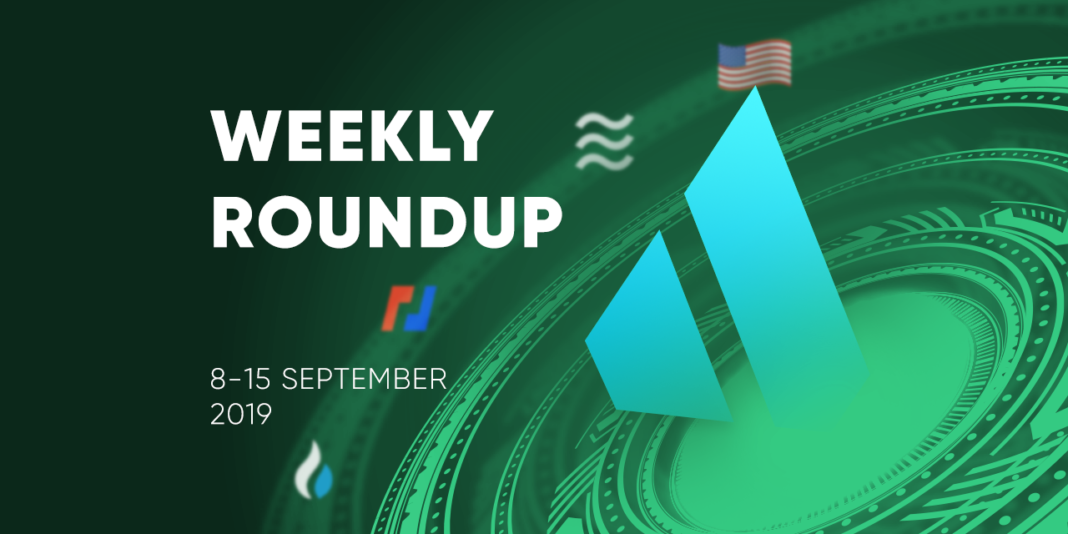 The week in review has recorded activities. China and the US continue to make headlines, with the UN releasing a report to indicate the controlling stakes between the two states. Is Huobi using the back door to find a slot on the Hong Kong Stock Exchange? Will Iranian crypto miners embrace the tax break offered by the government? Why do sports stars create their own crypto token? Is BitMEX in trouble?

In this week’s review, we focus on 8 topics making headlines in the last seven days:

According to the report dubbed “Digital Economy Report 2019,” the two states jointly account for 75%, 50% and over 75% of patents related to blockchain technology, global spending on IoT (Internet of Things) and cloud computing respectively. From the US, Amazon, Facebook, Apple and Google are leading the charge while Alibaba, Tencent and Baidu are leading the Chinese squad.

With the two camps being led by technology heavyweights, a digital economy cold war could be on the horizon. For instance, China’s move to develop a state-backed digital currency was thought to be in response to Facebook’s Libra.

Rumors of Chinese digital currency being in response to Facebook’s Libra were confirmed by Zhou Xiaochuan, former governor of the Chinese central bank who noted that Libra is out to disrupt the “traditional cross-border business and payment system.” To prevent the Chinese monetary field from being strangled by Libra, China, Mu noted, had to “plan ahead” and surpass what Libra has to offer.

Last week, BitMEX made headlines after Angelina Kwan, its chief operations officer (COO) was rumored to have left the futures exchange. The suspicions started on her LinkedIn profile which omitted her role at the platform.

Although a PR firm running BitMEX’s affairs tried to play down the rumors, a person conversant with the issue has confirmed Kwan’s departure:

“We can confirm that Angelina Kwan is leaving the company and is on gardening leave now. That’s all we can say on the matter at the moment, but we wish Angelina all the best.”

The week in review saw the release of PAC token associated with Manny Pacquiao, a Filipino senator, and boxing star. However, instead of the token being used for trading, PAC will be sold to admirers or to acquire fan experiences.

“I can use this amazing platform to share my personal life experiences and inspire others to be better people. PAC can also be used to support the charities I support. Going hand in hand with my fans, we can help improve the lives of others.”

5. Is Huobi Backdoor Listing on the Hong Kong Stock Exchange?

In the recent past, the Hong Kong Stock Exchange has been eyed by major crypto companies such as Bitmain. Unfortunately, not many of the firms have made it to the listing. This may have necessitated Huobi, a leading virtual currency exchange, to take a different approach to be listed; using a subsidiary.

The governing body of Pantronics Holding Limited, a subsidiary of Huobi, has proposed its name to be changed to “Huobi Technology Holdings Limited.”

Apart from changing its name, Huobi’s founder, Leon Li, has been fronted as the executive director, CEO and the chairman of the board of the new outfit.

With scams prevalent in China, the involvement of law enforcement agencies with crypto projects suggest the likelihood of a scam. Unfortunately, for GXChain, it’s not yet clear what prompted the Chinese police to raid the crypto project’s offices in Hangzhou city. GXChain has been in operation in the last few years and was seemingly legitimate, having reached a market capitalization of US$600 million when the ICO fever was at its highest.

However, Dovey Wan of Primitive Ventures, speculated on the police raid saying:

“TBH I have no idea why the police took action against GXChain instead of 10000 other Chinese scams, as GXChain has a real business behind. The trigger might be their data business- they sell processed personal credit data which is a highly sensitive area now in China.”

In a rare act of kindness, the Iranian tax authority, the Iranian National Tax Administration (INTA) has exempted Iranian crypto miners from paying tax. But, to enjoy tax-free earnings, the miners will have to bring back their offshore earnings. Notably, the same tax waiver is given to non-oil exporters.

In the recent past, miners from China and other countries have flocked Iran due to cheaper electricity prices. Unfortunately, Iranian miners think the country’s authorities inflate their earnings. According to the miners, over 70% of their earnings go to paying bills. With Iran experiencing a 42% inflation rate, it’s not yet clear whether miners will take the tax break offer.

The end of the week was marked by Coindesk’s Invest Asia Conference which was held in Singapore. During the conference, Binance announced that BUSD, USD-backed crypto from Binance is ready to enter the trading stage.

Other announcements made during the conference included Legacy Trust entering the custody business, the Marshall Island launching its own virtual currency, Coinbase’s possible creation of an IEO platform and Bobby Lee’ new wallet.