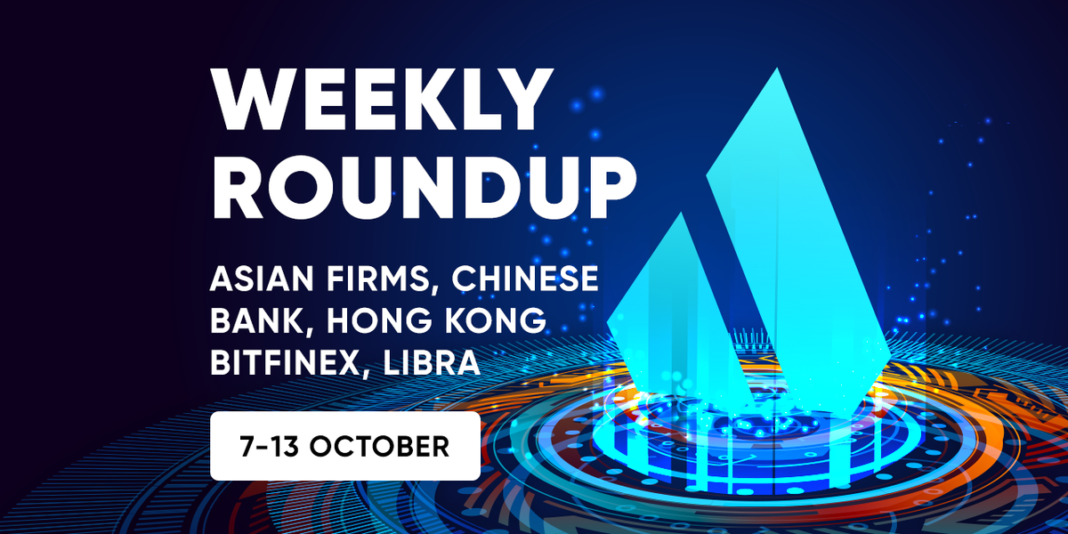 Our roundup for the past seven days has a mix of market manipulation, regulation, governments indirectly investing in a crypto token sale, and Asia having a stronger grip of the cryptocurrency mining space.

For example, a recent report indicated that Asian firms have dominated the virtual currency funding, mining, and staking space. Also, is the Chinese government secretly investing in crypto tokens after banning ICOs? Is the controversy facing Tether and Bitfinex concerning crypto market manipulation getting out of control? Why is Hong Kong turning to regulations after a rise in cryptocurrency hedge fund managers?

Below, we focus on the five top news taking the Asian crypto space by storm:

According to a presentation done by CoinGecko’s co-founder, Bobby Ong, during the Invest: Asia meeting, Asian countries, especially China, are making huge investments in cryptocurrency mining. For instance, Ong pointed out that 8 of the largest mining pools are located in China. In the country, major mining pools are located in Inner Mongolia, Xinjiang, Yunnan, and Sichuan province.

Notably, Chinese blockchain companies are also controlling the staking space for cryptocurrencies running the Proof-of-Stake mining (PoS) algorithm. For example, a large chunk of block producers on the EOSIO Network, a blockchain platform using a delegated version of the PoS algorithm, are from China. Interestingly, the same dominance spirit has spilled over to crypto funding.

2. Chinese Bank with Government Links Pledges to Invest in a Token Sale

Note that CMBI is not government-owned but its top shareholders are corporations that are partially or wholly owned by the government.

Although CMBI did not comment on the investment, the co-founder of Nervos, Kelvin Wang, said:

“CMBI is a strategic partner, both in terms of financial plans and other types of applications they want to utilize for the blockchain. …We want to make sure they can utilize the infrastructure.”

In a document titled, “Proforma Terms and Conditions for Licensed Corporations which Manage Portfolios that Invest in Virtual Assets,” the SFC requires hedge funds to have US$383,000 in liquid capital, adhere to anti-money laundering, and ensure the safety of funds by engaging an independent custodian.

Bitfinex and Tether have yet again found themselves in court for allegedly manipulating the crypto market. A lawsuit filed in New York mentions that the scheme was orchestrated by Tether, Bitfinex, Digifinex, Philip Potter, and Crypto Capital.

Interestingly, the lawsuit argues that the manipulation caused traders more than US$1 trillion in losses.

After so much hype in the initial stages of Facebook’s cryptocurrency project, initial backers are slowly withdrawing from the Libra Association which handles the social media giant’s crypto plans. For instance, Mastercard, Stripe, Visa, eBay, and Mercado Pago, have pulled out of the association.

“Mastercard has decided it will not become a member of the Libra Association at this time. We remain focused on our strategy and our own significant efforts to enable financial inclusion around the world. We believe there are potential benefits in such initiatives and will continue to monitor the Libra effort.”