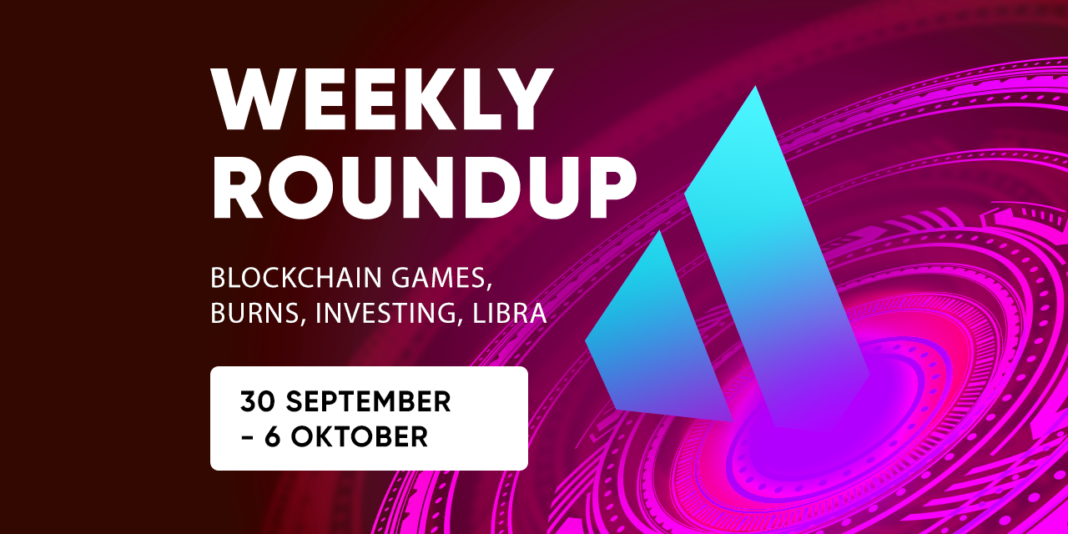 In the past seven days, the mood in the blockchain/cryptocurrency space may not have been great since a big Bitcoin fall in price, but the industry continues to make exciting news this past week.

For example, although it’s a norm for crypto prices to drop, the price of Bitcoin plummeting from above US$10K to below US$8K left crypto enthusiasts/traders wondering whether there will be a further drop. Also, with Facebook’s Libra project facing continued scrutiny from regulators, some top firms that were in solidarity have left the Facebook camp.

On a more positive note, could deep-pocketed Chinese elites be seeking a piece of the crypto cake? And finally, are Hong Kong protestors emptying their bank accounts to buy Bitcoin?

Below, we highlight the top 5 news making headlines in the blockchain/crypto space in the week ending 6 Oct:

With gamers excited with the revolutionary power of blockchain gaming, scammers are also taking advantage of the excitement to defraud them. A review of the top 6 hottest Chinese blockchain games revealed that some games might have other agendas apart from enhancing the gaming experience. For instance, Walden Blockchain Dog, one of the games under review, has some characteristics of a scam given its high revenue rates and the claim to support social mining. Other blockchain games like My Crypto Heroes, have some dark corners since some characters, once bought, cannot be traded or transferred.

Despite China prohibiting crypto trading within its borders, deep-pocketed elites in the country have little regard on their government’s stand.

In a report published by Coindesk, a reputable crypto news outlet, wealthy investors in Asia are eyeing the crypto market. For them, the first step is to add crypto hedge funds into their portfolios.

According to Jett Li, the chief investment officer of BBShares, a crypto hedge fund:

“The pace of [institutional] investor allocation to crypto this year has been much faster …This market moves so quickly.”

Innosilicon, a mining farm based in China, incurred approximately US$10 million after its mining farm went up in flames. Although details about the fire remain sketchy, the source of the fire was reportedly caused by faulty electrical connections. Surprisingly, the fire coincided with a drop in the hash rate on the Bitcoin network and an increase in the price of Bitcoin by roughly US$500.

Algo Capital, the firm behind the Algorand blockchain, has suffered a major loss after the security of the firm’s chief technology officer (CTO) phone was breached. The loss was estimated to be between one and two million US dollars.

“Yes, there was a security breach. We communicated to all the Algo Capital VC Fund Limited Partners and updated them about the incident.”

With Libra, Facebook’s crypto project, facing heightened scrutiny from regulators, PayPal has denounced its position at the Libra Association. While speaking to Coindesk, a PayPal spokesperson noted that the decision was made to enable the financial institution to concentrate on its business priorities and existing mission.

“We remain supportive of Libra’s aspirations and look forward to continued dialogue on ways to work together in the future. …We will continue to partner with and support Facebook in various capacities.”

The Libra Association, through its head of communications and policy, Dante Disparte, announced that the next course of action would be debated further during the upcoming Libra Council meeting. Disparte also revealed that there are 1,500 other entities that want to join the Libra Association.