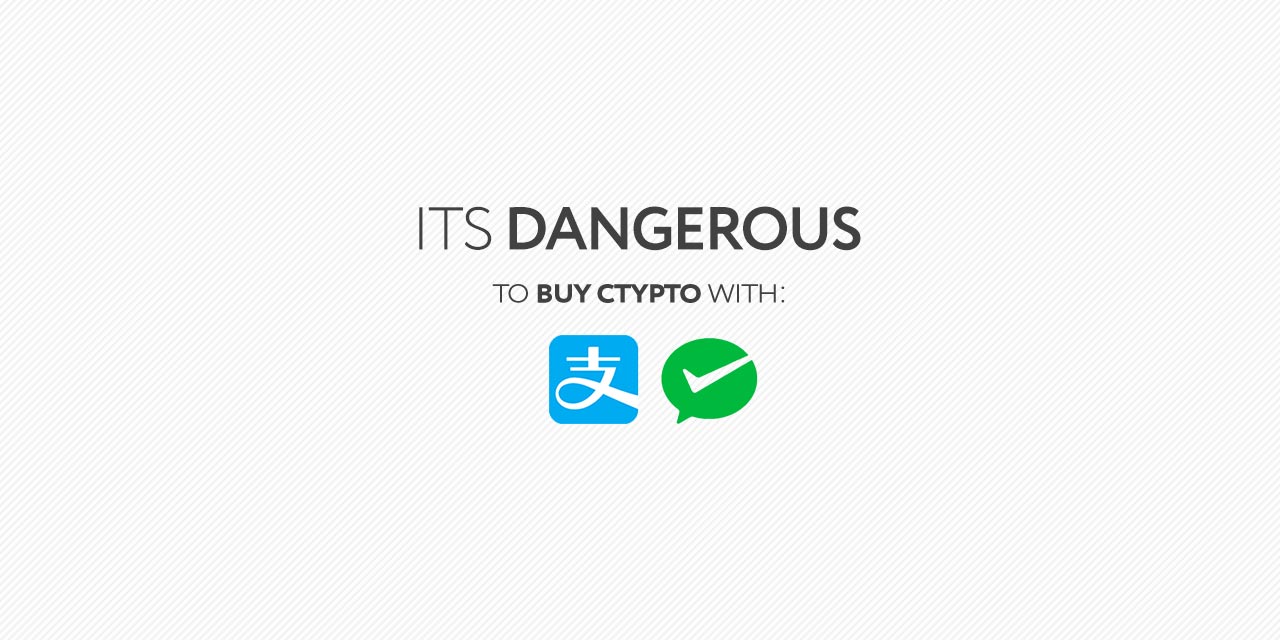 Asia Crypto Today reported today that UnionPay had issued stern warnings about cryptocurrency over the counter transactions (OTC). Now Wechat Pay and Alipay have reiterated these warnings around over the counter (OTC) transactions to leading cryptocurrency leaders in China and have asked them to remove their trademark name and the ability to use their services through them.

According to Securities Daily News who decided to interview Huobi an industry leading OTC on the matter, this is the latest situation from the OTC’s side:

“As of 15:40 pm yesterday,  has said that it has not received the relevant lawyer’s letter. However, according to the reporter, this “misunderstanding” is related to the fact that the courier has not been delivered.”

It would seem that Huobi needs a lawyers letter to force them into any kind of action. Currently, the service is still available on the Huobi website and in regards to the logo problem that Wechat has presented in the letter, Huobi had this to say to Securities Daily News:

“The logo related to the relevant payment platform is only a way of expressing the payment link and is not used to promote the company’s products or services, which is a common practice in the industry. We understand the relevant the party’s position will strictly follow the relevant provisions on the use of trademarks and strictly check the use.”

However, other mainstream payment channels like Alipay and Wechat Pay have taken a stronger stance, with reports they have closed around 3,000 accounts linked to cryptocurrency OTC transactions. When speaking to Securities Daily News, Alipay emphasized that for users who use Alipay to conduct virtual currency transactions is in violation of regulations and it will impose penalties such as restrictions on accounts.

A spokesperson for Tencent Pay had this to say:

“As early as January 2018, Tencent issued a statement “Tencent: put an end to the “virtual currency” illegal financial activities”

So, what does this all mean for the OCTs in China and crypto users in the nation? Well, it doesn’t seem to make great reading, as it appears to only be a matter of time before the door shuts on all of the national monetary channels with regards to Firecoin and other OTCs. This is unfortunately further evidence of the hardline stance taken by the Middle Kingdom against the crypto market.