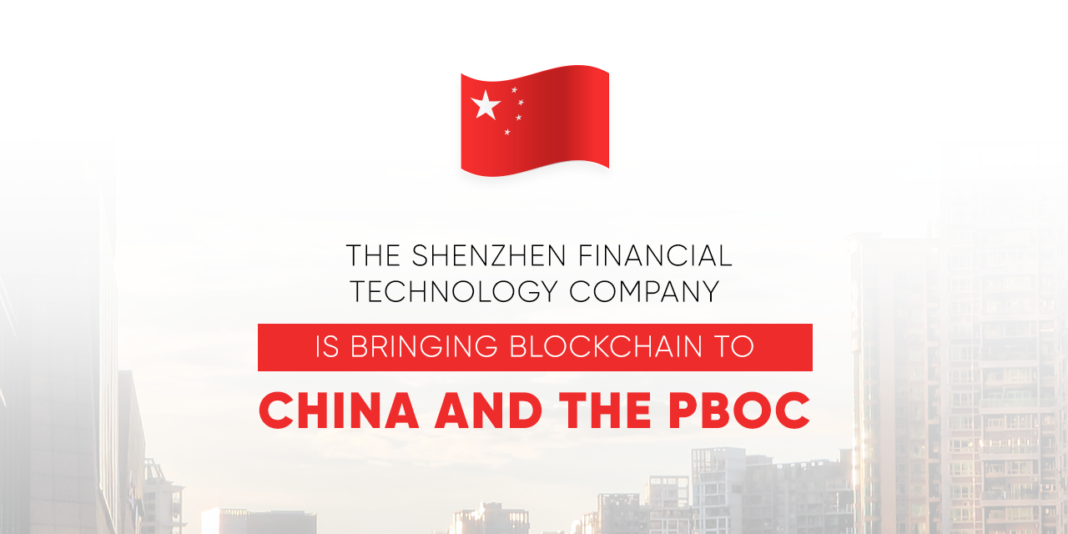 Chinese Fintech hub, the Shenzhen Financial Company, is on the verge of finding a breakthrough for blockchain application in China’s financial system. This comes shortly after the People’s Bank of China (PBoC) announced the development of digital currency research. Notably, Shenzhen Financial is a subsidiary of the Central Bank Digital Money Research Institute.

The plans for this have been in the works since the Central bank launched the Shenzhen Financial Technology Company in 2018. In May 2019, the company recruited blockchain R&D engineers, blockchain architects and cryptographic algorithm engineers among other experts. The progression to the market operation was a matter of when and not if.

Shenzhen Financial Company has a diverse business scope. Operations include financial tech development, technical consultation, tech transfer and construction and maintenance of financial technology-related systems. In a potential blockchain takeover of the financial system, every single aspect of these is vital. Accordingly, Shenzhen is investing in a number of companies that help in capacity building. That said, the fact that the Central Bank’s digital currency institute owns it 100% means that focus will largely be on digital currency research.

Finance columnist Xiao Lei believes that the company has now entered the operational phase from theoretical research. This is indicative of a national-level major plan behind it even though the speed of implementation is unpredictable. With blockchain financial possibilities including securities and bills, the Central bank will gradually be more involved in the sector.

Already, experimental projects like the “Bay Area Trade Finance Blockchain Platform” show promise. This platform intends to build open finance ecology in Shenzhen, Guangdong, Hong Kong and Macau Bay Area. The project has achieved its first phase and Shenzhen Financial Company will be assessing options moving forward. With a trade finance platform, regulators can assess the implications and be able to monitor the scope of financial activities.

In the future, Shenzhen will be largely responsible for the success of the People’s Bank achievements in digital currency research. This is because the Central Bank Digital Money Research Institute has already applied for 74 patents involving digital currency. Accordingly, the efforts show the intensity of research and operations. Analysts speculate that Shenzhen Financial will promote six major patents. These include plans for a Digital currency transaction payment registration method and system.  Additionally, an apparatus for targeted use of digital currency and exchange of digital currency will be part of the plans.

These patents show a level of urgency for the Central Bank to establish efficient settlement systems for banks on blockchain. A successful deployment can give companies efficient industry level blockchain solutions at a national level. Indeed, the deputy director of the Central Bank, Di Gang stated the focus of research at this year’s number fair. They are a legal digital currency and focus on financial tech. This means that the country can leverage blockchain to improve traditional financial systems. A more robust research and development wing is a means to this end.

Moving forward, Shenzhen can be a great test field for national reform. A breakthrough in China’s application of blockchain technology in its financial system is imminent. It has the support of the People’s Bank of China in this endeavor. Accordingly, it will play a very important role in this effort.