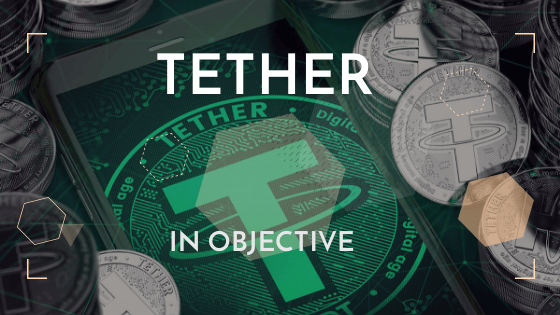 Tether is one of the most controversial cryptocurrencies. Even so, it continues to attract droves of investors, exchanges and traders seeking for refuge from inherently volatile space where asset prices can drop or add in mere seconds.

USDT Is the Stablecoin of Choice In a recent Twitter poll by cryptocurrency trader and investor, Josh Roger, USDT emerges as the stablecoin of choice for most people. According to the poll results gathered so far, 56 percent of the respondents prefer USDT, 18 percent for USDC, 13 percent for TUSD, and another 13 percent for the others.

The results of the poll show that more than half of the respondents prefer to use Tether’s USDT over the other stablecoins. While it may come as a surprise to many, USDT is still the largest stablecoin and has a stop in the top 10 meaning it is liquid and well capitalized.

At the moment, USDT has a total market cap of roughly $2.5 billion, making it one of the most valuable cryptocurrencies. Meanwhile, USDC has a market cap of just $260 million, another reason why USDT is the stablecoin of choice for most people.

USDT Remains on Top Despite Controversy

Regardless, Tether Limited, the parent company of Tether (USDT) continues to bear its fair share of accusations. In June 2018, John Griffin and Amin Shams, of the Department of Finance at the University of Texas at Austin, published a paper linking Tether (USDT) to the Bitcoin Bull Run in 2017.

The paper pointed out that Tether and BitFinex were responsible for the massive rally experienced by Bitcoin towards the end of 2017. According to the study, their algorithms show that purchases with USDT were made following market downturns and this led to a massive increase in BTC price.

The study claims that there was a clear link between printing of new USDT tokens and the surge in Bitcoin price. Researchers maintained that a fraction of USDT for Bitcoin has a substantial aggregate effect on Bitcoin’s price. Still, in November last year, the United States Department of Justice (DOJ) said it was looking into the possibility of Tether manipulating the Bitcoin price rally in 2017. The authorities are of the view that Tether and cryptocurrency exchange, BitFinex, could be responsible for the Bull Run that saw BTC price reach its all-time high of $20,000 over a year ago.

The DOJ investigation is solely focused on whether the price rally was driven by actual Bitcoin demand or by market tricks.

While there is a concern on Tether’s actual fiat reserve, the fact that they are yet to have a full edit of their assets hasn’t helped their case. The company practices opaque accounting is another reason why cryptocurrency enthusiasts believe that most of the USDT tokens are created out of thin air.

Tether Collapse Will Drag down the Crypto Market

While there are doubts regarding USDT and its actual fiat reserve, the failure of Tether will have a massive negative impact on the cryptocurrency market. At the moment, USDT is amongst the ten largest coins by market cap. It is also the largest stablecoin by far, with USDC and others lacking in liquidity.

The fact that most cryptocurrency exchanges use it as a trading pair for Bitcoin and other major cryptocurrencies is another reason why it is crucial to the market. Thus, if Tether collapses and there is no healthy alternative, then the cryptocurrency market could crumble.