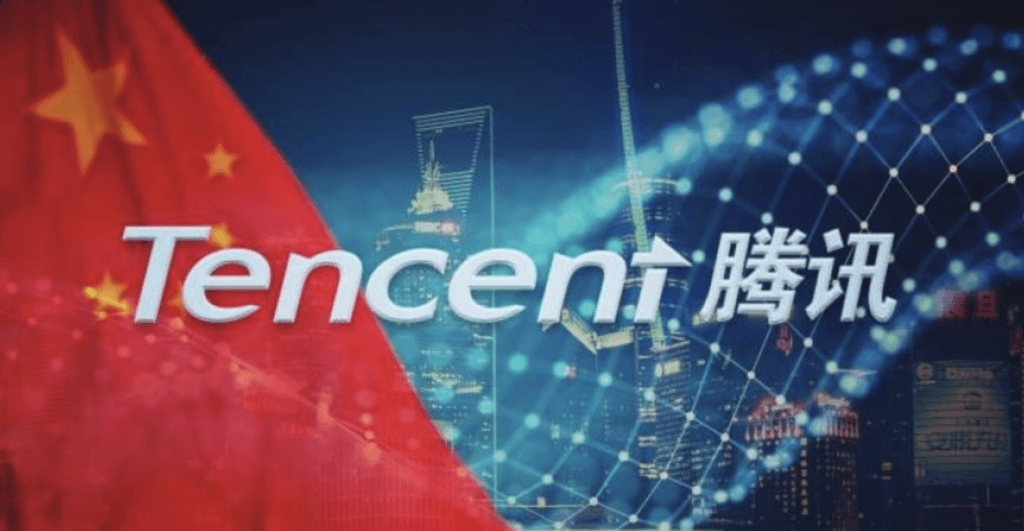 We’re only half way through 2018, but it’s already been quite a unique one for gaming and IT tech giant, Tencent. As they reflect on their 20 years of lightning-quick development and their all-time stock price high in January this year, Tencent is actually experiencing its slowest quarter of growth since 2015. Some say that this is due to Tencent’s blockchain plans.

The difficulties for Tencent don’t stop there. An online article from May 5th with the headline “Tencent has no dream” sharply criticized the group for losing its creative and edge, instead morphing into a mere and wholly unimpressive private equity company. On August 13th, noted investor Li Guofei published “A Full Reflection on Tencent’s Strategy,” in which he remarked that while he believed the company to still have a bright future ahead, it nevertheless needed a fundamental shake up.

As Tencent’s traditional business base shows underwhelming results, those closely following the giants of China’s BATJ (that’s Baidu, Alibaba, Tencent and JD.com) will have noticed that the “old dog” Tencent has actually been trying to learn “new tricks.” In 2018, Tencent’s blockchain hasn’t just been yielding some good results, but has become one of the company’s focal development points.

But despite making positive forays into the world of blockchain, some experts still believe that Tencent’s blockchain future may not be as bright as it seems. Here we will look at this development.

This year’s plenary sessions of the National People’s Congress saw Tencent’s Chairman, Ma Huateng, speak publicly about blockchain for the first time, discussing a blueprint for trustworthy blockchain and the blockchain platform TBaas (Tencent Blockchain as a Service). August 2018 saw Tencent produce the country’s first “Blockchain Fapiao” (tax receipt) in cooperation with the Shenzhen National Tax Bureau. Blockchain expert, Zhao Xiaofeng, reckons that the technology is going to play a big part in the company’s future. A leader in this field, Zhao is ever curious about how blue-chip companies like Tencent will apply these major technological developments. He notes, however, how while the company clearly has an interest, they are still keeping their cards close to their chest when it comes to their own R&D.

Cai Yige is the Tencent’s most visible blockchain spokesperson, and also oversees the company’s FiT finance product creative laboratory. In 2015 Cai revealed that Tencent was pushing a new frontier by setting up its own blockchain tech R&D team, but we know now that Tencent has taken a distinctly different path with the technology than blue chip competitors like Alibaba and Baidu.

Tencent published a white paper on the subject where they claimed their blockchain tech was designed to provide commercial partners with blockchain infrastructure, industry solutions and safe, reliable and flexible blockchain cloud services. They apparently placed “open sharing” at the center, but it now appears that the real goals of Tencent are to lower operating costs and raise efficiency.

A view is forming that Tencent’s real blockchain tech focus is not on the same big things that other companies are following. Tech whizz Zhang Yun worked for Tencent Blockchain, and he told us that the strategy used by Tencent is “deploy first, apply later,” whereas others focus on application scenarios first and then work on bringing them to light. Zhang Yun has said that he agrees with the view that Tencent’s ability to win out in the key battle of developing viable application scenarios for blockchain is in doubt, even though they did start on much the same path at Baidu and Alibaba.

In fact, Zhang Yun put it in much more frank terms, “I believe that when it comes to blockchain, Tencent has already been surpassed by many others.” And all you have to really do is look at where Tencent lies in the rankings of Blockchain IP development. Where Alibaba boasted 43 IP developments in 2017, Tencent only managed 11, putting them alongside new kid on the block, Wuxi Jiangtong, founded in 2014! Does this seem the right place for Tencent? Zhang Yun claims that this placement reflects a lack of innovation on Tencent’s part. He also criticized the apparent haemorrhaging of talent from the company, which is undermining the company’s progress in all these areas.

So, despite positive overall growth and continued strength in traditional areas, Tencent’s early overtures to blockchain development haven’t materialized properly, according to many industry experts. Is Tencent just on track for a big disappointment as its competitors roar ahead with blockchain and the once-proud Tencent is left behind; China’s latest tech dinosaur? It remains to be seen.