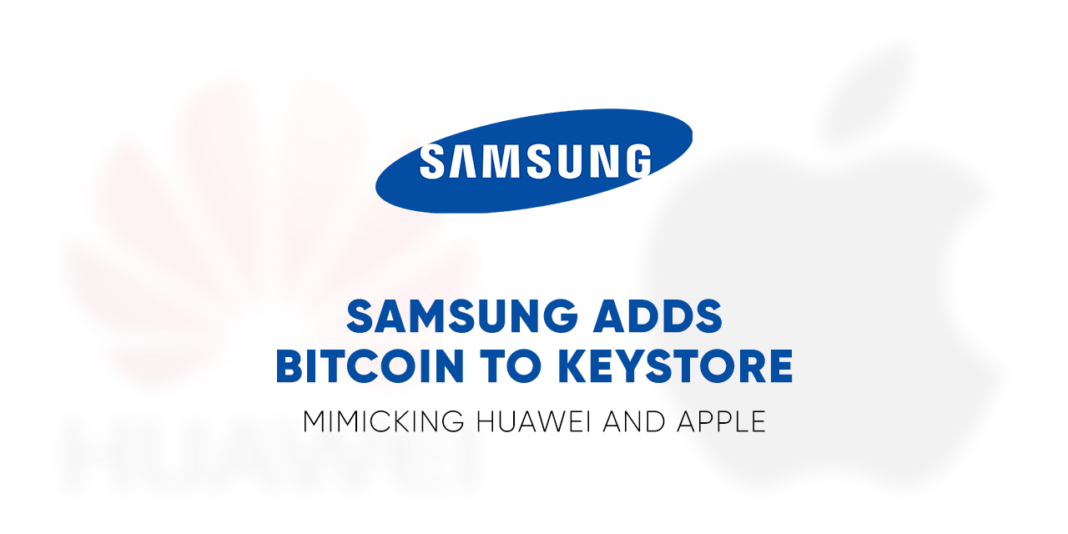 South Korean tech powerhouse, Samsung, has released the company’s new blockchain KeystoreSDK for developers and it will support Bitcoin (BTC).

Samsung announced on August 13 that it would add BTC support to its Keystore Software Development Kit (SDK), which will be on the Samsung S10 phone. Previously the Keystore only supported Ethereum (ETH) and tokens compliant with Ethereum’s ERC-20 standard.

The scope of this integration for Samsung

Samsung will allow android devices to link blockchain addresses to the blockchain Keystore using the SDK. Moreover, they can sign cryptocurrency transactions and check the Keystore status.

Going forward, as previously mentioned, the company will have Bitcoin features in the developer kit (SDK) for several S10 models including the S10e, S10, S10+, and S10 5G as well as the Note10 and Note10+ devices. Incidentally, the blockchain features are still available in limited jurisdictions, with the nations of Canada, Germany, South Korea, Spain, Switzerland, the US , and the UK having it.

This move makes the following simpler:

Not only that, but software engineers using the Samsung Keystore SDK can operate with more versatility in the DLT scene. The upgrades will provide access to extra apps such as non-custom lite wallets as the Keystore will generate a key pair (public and private) of cryptocurrency in the device itself. At the same time, the platform will store the keys in a secure environment within the mobile device.

Security is obviously indispensable in the blockchain scene and Samsung is aware of that. To that end, users will download apps from the Galaxy Store to test the blockchain SDK meaning they would use the remote test lab on the Samsung Developer website to test the Keystore application.

Will competitors offer support for BTC?

This move is certainly going to draw comparisons to what other tech companies are doing in this sector. Samsung has obviously been in a protracted battle with Apple for well over a decade for smartphone market supremacy.  A late entrant to that field, Huawei, has proven to be equally formidable in market strategy.

Huawei released a Bitcoin wallet early in 2018. This is indicative of the willingness of the company to delve into blockchain research.  Similarly, Apple has signaled an upcoming iOS 13 software release which will feature what Apple calls a “cryptographic” developer tool and the Cryptokit. These developments are obviously potential market changes. If anything, and judging from what Apple has up their sleeve, Samsung’s move may be for strategic reasons as well.

Big tech companies are scrambling for the crypto pie like never before. With the entrance of Facebook’s Libra coin, the big names in tech seem to be coming full circle.  It will be interesting to see what the likes of Nokia, Xiaomi, and other platforms will do in terms of Bitcoin application integration. For now, Samsung has given the developer community a more sophisticated Keystore.