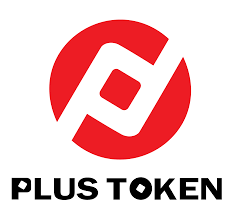 “Plus Token”, a cryptocurrency investment scheme has reportedly exited from the industry along with $3 Billion dollars in Cryptocurrencies (Bitcoin, Ethereum, EOS and others).

The high yield investment program promised big rewards. Advertising 9% to 18% monthly returns on investment, with that figure going higher the more you bought in. Yet, like most things that are too good to be true, it was all a lie in the end.

Plus Token entered the crypto space with an array of glitzy events and videos. The people behind the scam used foreigners to be the faces of the brand. A video shows a stylistic man who claimed to be the “Hong Kong Founder”. This would have to be the first red flag.

After building a big client list and many investors, mainly from Korea and China, the scheme suddenly stopped being responsive. The official date of this was June 30th of this year. Many were unable to access funds or payments. Many Chinese netizens began complaining that they could not access their funds, despite writing and waiting for 35 hours.

Plus Token, worried about the imminent PR disaster, claimed this was due to the delays were due to “higher miner fees”. They also claimed it was because they sent transactions with 1 sat /byte, leading to long delays on the Bitcoin Blockchain.

But, this was all smoke and mirrors, with funds moving at a rapid pace. One comment on the transaction stated, “Sorry we have run”, wholeheartedly confirming what so many had predicted when the scam began to unravel.

Scammers fled but have been arrested

They have “run” but it seems they could not hide. Six of the scammers from China were arrested in the South Pacific Ocean nation, Vanuatu. They have been detained and extradited back to China.

Yet, the money lost is not found. Some have attempted to help the affected victims retrieve their funds. People like @PeckShield have done research which found funds going from large wallets (~5000+ Bitcoin) to smaller wallets, and eventually into exchanges.

Whatever the case may be, it appears that this story is not over. Plus Token is yet another scam that has broken many hearts and wallets. The Ponzi scheme has shades of the “Bitconnect” scam and shows that many are still getting burned and criminals aren’t going to stop these tactics. Beware when investing out there.