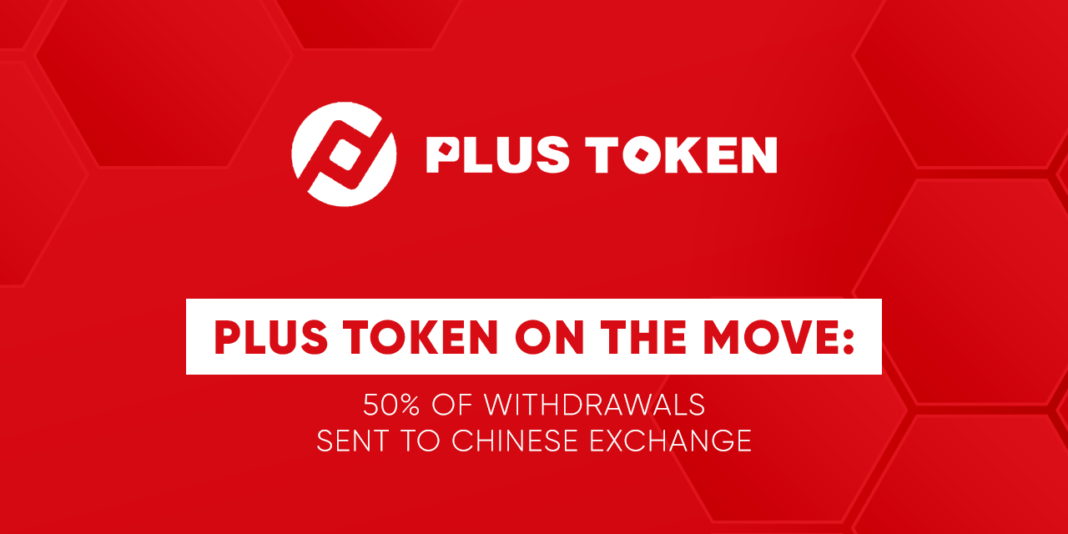 Chinese founded exchange, Huobi, has had the highest number of withdrawals connected with the Plus Token scam which defrauded $3 Billion from investors, according to research done by Elementus.

Elementus, a New York-based, blockchain framework firm says that at least 50 percent of all Plus Token withdrawals were done through Huobi. Other Chinese exchanges were reportedly used. ZB.com, accounted for 8% of withdrawals, with Gate also used. South Korea’s Upbit and Malta’s OKEx, were said to be used as well.

The rumors began circulating after Whales moved over 77,000 BTC, worth about $780 million, into three wallets. That massive amount of Bitcoin translates to 0.43 percent of all the digital currency in circulating supply.  Around the same time, another whale also moved 484,775,570 XRP, worth at least $133 million, from Huobi.

Investors Stand to Be on The Receiving End

Speaking on the issue crypto expert, Dovey Wan said on Twitter that although the money is on the move, there is little that the authorities can do. Her tweet read:

“Many of their BTC addresses are started with P2SH which commonly used for multi-sig, most likely some people who hold the keys are not being caught hence police can’t unlock the wallet. For (an) EOS/ETH wallet (it) can be a different case but so far police were not able to touch any of those”.

Wan added to her commentary, stating:

“A security audit firm Peckshield has done a graph analysis of the money flow from PlusToken’s wallet in early July, and figured out about total ~1000 has gone into Bitrrex and Huobi. So basically the sell-offs have started around early July”.

Pundits say that the massive amounts of tokens withdrawn from Huobi are from fraudulent characters liquidating their ill-gotten wealth from the wallet service. Clearly, according to Wan, this is a serious problem and one that is not easily solvable. In a later Tweet, she also suggested that funds may also be being moved through Binance, only increasing the number of exchanges involved.

Some, however, have looked to rubbish this claim and speculate that the transactions are from whales readying themselves for an imminent breakout. Whatever the case is, what is undeniable is the gravity of the Plus Token scam.

Recapping the Plus Token scam

Plus Token attracted a large number of investors from China and Korea after launching in May 2018 as a wallet service subsequently collecting at least 800,000 ETH and 70,000 BTC. However, a year later in June 2019, affiliates found that they could not access their commissions.

Fears of fraud hit the crypto-verse in early July when six Chinese citizens were extradited from Vanuatu. The extraditions were carried out as part of investigations into the wallet service. When the headlines of a possible fraud case hit the headlines, there was a massive sell-off of Bitcoin, causing a $400 drop in the token’s value in minutes.

There were claims of profits made using trading bots, though the startup tabled no evidence of this activity. The PlusToken was not traded in any of the significant exchanges, despite a 10 million large user base. It was also not listed on coinmarketcap.com or equivalent sites.  The fraud scheme could as well turn out to be the largest cryptocurrency-based exit scam in history, a title once held by BitConnect.