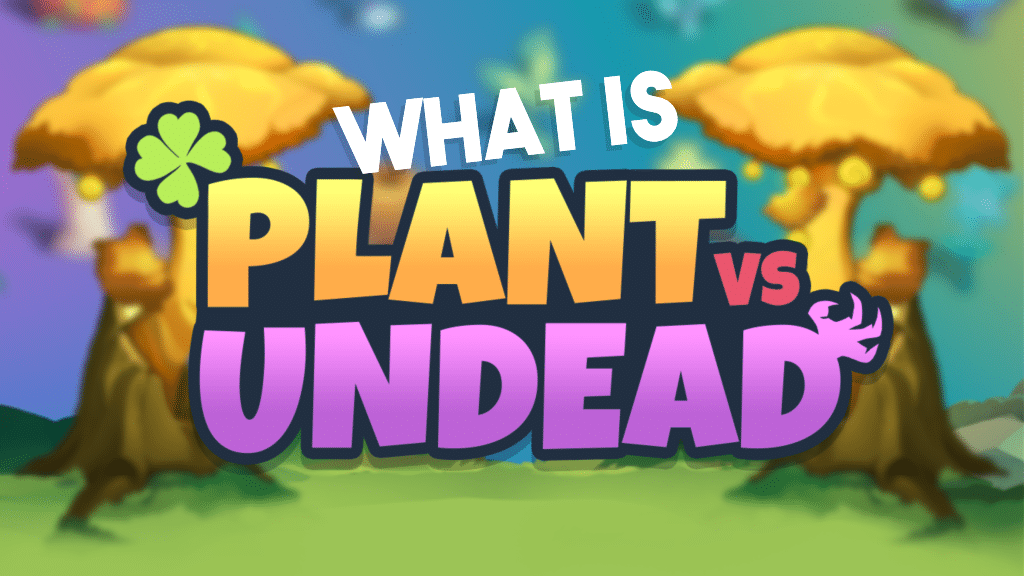 With the continuous rise of blockchain-based games, another player has entered the market. Emulating a classic tower defense game, Plants vs Undead seeks to reach out to every player with its free-to-play mechanics. Here, we will explain how you can play and earn from the game.

What is Plant vs. Undead?

Plant vs Undead (PvU) is a free-to-play, blockchain-based, multiplayer tower defense game similarly patterned after the game mechanics of Plants vs Zombies, but with an introduction of non-fungible technologies (NFT).

The game lets users own plants, which would also be one of their important assets in-game. Each plant is unique and can be grown through “seeds.” Players can also choose to buy or sell their assets in the platform’s own marketplace. The decentralized application (dapps) is designed to be a global, mobile game that anyone can play for free. The developers also abstracted the whole game concept for the users, making it simplified for everyone regardless of their knowledge of cryptocurrencies.

PvU is aiming to emulate the success of games such as Plants vs Zombies and Balloons Tower Defense. They also plan on tapping the interest of players who are into tower defense, player-vs-player (PVP), and competitive gameplay.

NFTs will provide the game with the feature to make in-game assets unique for each player. It also provides owners with real ownership, value, and opportunity to trade in NFT marketplaces.

Another advantage of PvU over other blockchain-based games is that there is no investment barrier since it is completely free-to-play. Unlike other games, there is no minimum requirement for deposits before someone can start playing or own an in-game asset that could help them earn rewards from the game.

The universe of the game is set in a world named “Planet Plants.” Everything that happens in-game can be found here. The goal of the players is to defend their “Mother Tree” from the undead through the help of their plants.

The plants can have different natural elements and traits, which are also essential in determining how well they can fight against the undead opponents in-game that would try to attack their mother tree.

Each player is given a mother tree and six basic plants at the beginning of the game. The basic plants given to each player are not NFTs. In each round of defense that players participate in, they earn in-game tokens which they can use to purchase new seeds or plants from the marketplace.

Much like Plants vs Zombies, a player can select eight unique plants that they want to use to defend their mother tree. Determining where to place their plants is important as well, because this will affect how each of them will complement others in the player’s defense strategy.

There are plants that provide modifiers to the attacks of other plants, making it a valuable consideration for players to position their plants strategically. Every undead killed will give the player energy that they can use to upgrade or relocate plants as they wish to.

As of now, the only available play-to-earn function of the game is by farming Light Energy (LE). Farming requires users to own seeds, water their and others’ farms, and collect LE which can later be converted into PvU tokens.

One method of earning LE is to do daily quests of watering the plants of other players or your own seeds. To start farming PvU, you will need to purchase 5 PvUs first. These tokens can be bought from exchanges like PancakeSwap. Once you have both PvU and Binance Coin (BNB) to facilitate transactions in-game, you can connect your online wallet to the platform.

The farming option is available via the main page’s “Farm” interface. Note, however, that each player is assigned to a batch schedule allowed to play during a specific time period. This design is to prevent the possibility of system failure due to network overload.

Once you can access the farming mode, you’ll have to convert your PvU to LE. This is because the in-game assets you need to do farming can only be bought via LE.

Players also receive free land plots in-game. This is of their mother tree, and five plots for plants where players can plant their sunflowers. As you claim the plot, you can start farming.

From there, planting and watering sunflowers can earn players LEs which they can harvest once their sunflowers are fully grown.

The multiplayer mode lets players go head-to-head against each other. Players get to summon undead too or use special skills to beat their opponent. In this game mode, the player who survives the longest wins the match.

Single-player modes, on the other hand, begin with the endless survival mode.

PvU is the native token of the game based on the Binance Smart Chain (BSC) network. It can be used to pay for transactions in-game as well as a medium of exchange and store of value. There are only 300 million PvU tokens with a fixed total supply. Seeds and plants can be purchased in-game as items in-game that could be purchased with PvU are seeds and plants. They can also just use their PvU tokens to send as a gift to their friends on the platform.

PvU tokens are awarded to players via survival and multiplayer games. In survival gamemodes, every wave of undead attacks has a percentage of dropping PvU. In multiplayer modes, winning a match provides rewards. High-ranking players on leaderboards also increase their rewards every season.

On upcoming developments, the plan of the team is to officially launch the game by the fourth quarter of 2021. This is when they will be adding the “Lend/Borrow” function for plants from the marketplace, the core elements of the game such as the survival mode, arena (1v1) mode with the play-to-earn reward system. Second seeds offering for new plants, mother trees, and lands will also be rolled out.

By the first quarter of 2022, the feedback of the community will be gathered to improve the user interface and experience of the game’s marketplace. This will also be the time when the first PvP tournament of the game will be launched, with 1 million PvU tokens allocated for the rewards.

The plan for the expansion of the game will begin by the second quarter of 2022. By way of community suggestions, the game will look for new game modes to introduce in order to continuously improve the platform’s gameplay.

With the increasing number of blockchain-based games in the space, it can be difficult to choose which ones to play and spend your money on. This is especially true for the players who only have a limited amount of time and money to spare. With most games requiring high investments upfront, PvU is definitely a game to try since it can be played for free.

The availability of all game modes for PvU is definitely something to look forward to. For now, only farming can be accessed but as the game progresses, it is worth a try. With the unexpected growth of most NFT games, the likelihood of the game also getting its share of the limelight is high. Fans of the classic Plants vs Zombies could find this interesting, as well as another way to earn additional income in the future.