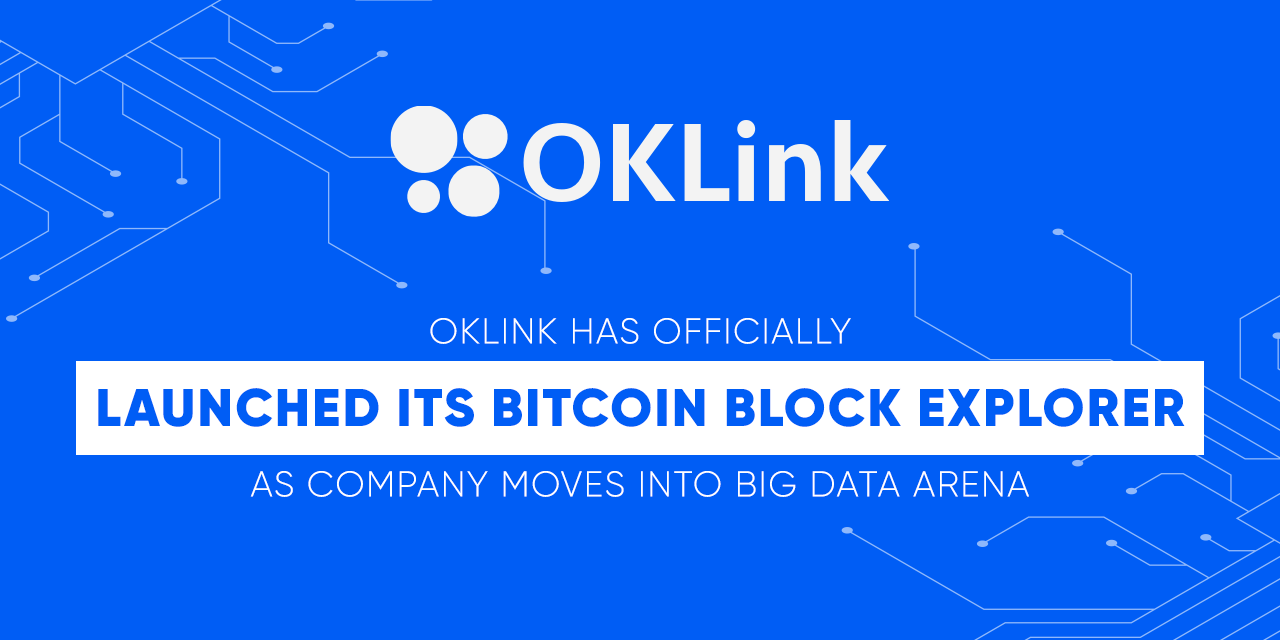 The launch represents a crucial stage for OKLink’s compliance business and is also the first application of the team’s blockchain and big data development work, with more planned for the future. Importantly, this is just the first step in OKLink’s plans to provide blockchain explorer services, with other popular blockchain networks already in its sights.

A spokesperson for OKLink, said:

“The Bitcoin Block Explorer has been developed to allow users to quickly and easily navigate data about transactions made on the Bitcoin network, at a granular level… With a few clicks, users can analyze data such as block size, rewards, and fees. Users can also look at trading volumes and with a few clicks look at individual transactions being made across the Bitcoin network, and details such as confirmations and transaction counts…Plus, the explorer tool’s search functionality makes it easy to find transactions made on the network.”

The tool means users can find address data and can see the movement of funds across the Bitcoin network, plus it can help users to analyze market trends for Bitcoin.

The block explorer launches into a crowded market place but represents a commitment by OKLink to deliver solid, reliable blockchain information directly to its users.

At time of press, OKLink’s USDK stable coin had traded just under $28m of volume in the past 24 hours.

While this is a small drop in the ocean compared to Tether’s $24.5b in volume for the same period, USDK represents another dedicated stable coin that is looking to disrupt the stable coin market, and take some of Tether’s market share.