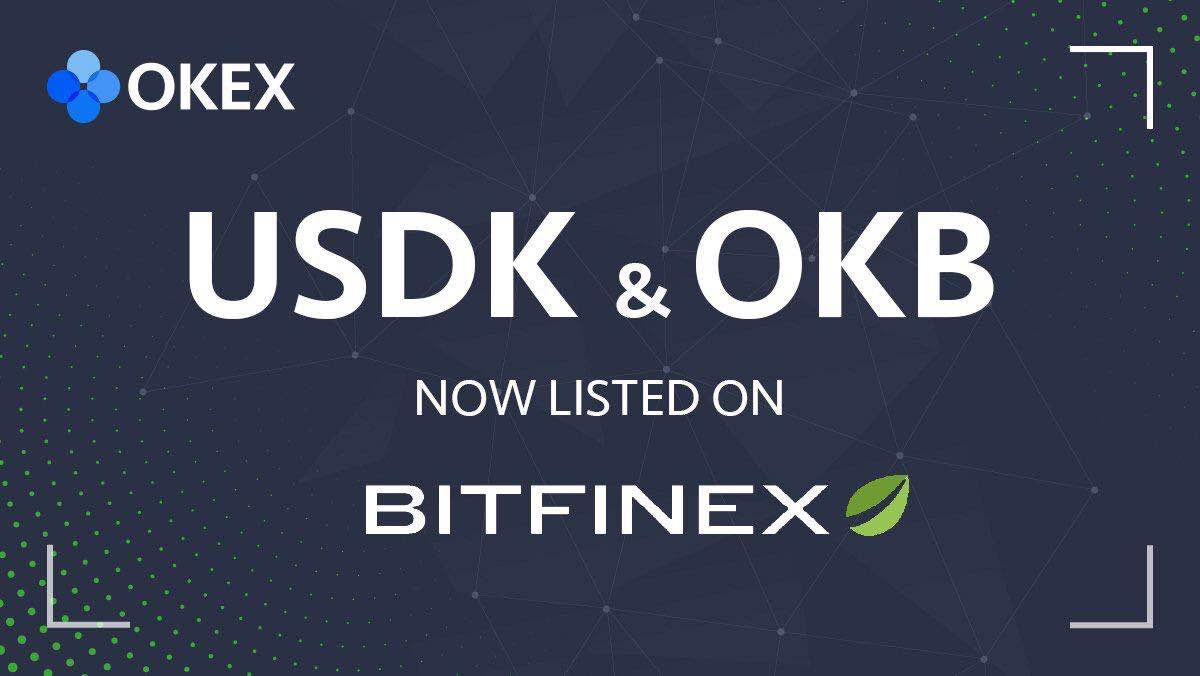 OKB, the native token of OkEx has listed on the Bitfinex exchange it has been revealed today.

The token of Malta-based exchange OkEx will now be on one of the biggest exchanges in the community, in a move that will open OKB up to even greater usage and usability.

Operating on the Ethereum blockchain, with a current price of $1.64 USD, OKB is only listed on three exchanges other than its own, those being Bkex, Bitmart, and DragonEx. The OKB list on Bitfinex will be the first major exchange that will hold the token.

Clearly, the founder at OkEx, Star Xu, and the other leading figures are looking to expand the ecosystem of their native token. Taking the lead from projects such as Binance who have also begun increasing the accessibility and usability of their token.

Set up last year, the OKB token was released to much fanfare. It was only available on to its OKchain exchange and the company planned to issue 1 billion OKB tokens, 50% of which were to be distributed free of charge to OKEx users.

According to their website,”OKB is a global utility token” and “is set to connect prospective digital asset projects to OKEx users as well as professional investors, creating an OKEx ecosystem that helps to advance the development of blockchain technology and the digital asset industry.”

Bitfinex, on the other hand, is one of the largest crypto exchanges in the business. Although they have courted a lot of controversy in their time, they have continued to be a leading presence in the industry and have numerous tokens listed. Now with their listing of OKB, they have added yet another string to their bow.