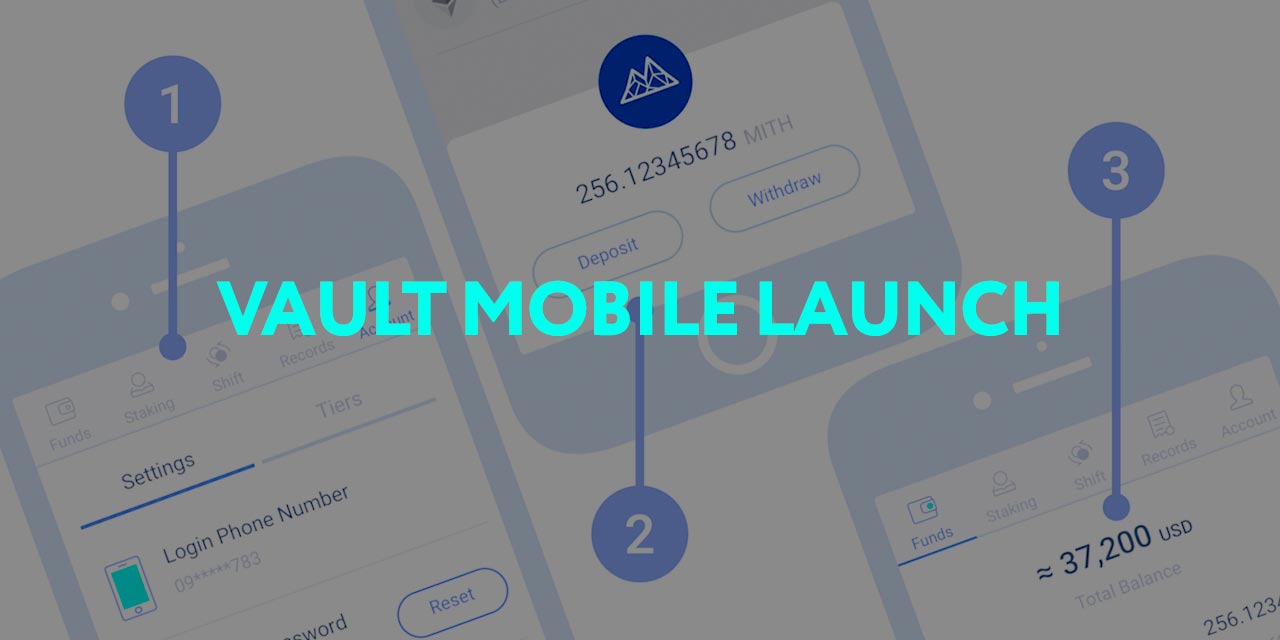 Mithril has announced their plans for the second quarter of the year, with the biggest news being the intended launch of their VAULT mobile app which will look to improve on-the-go experience for VAULT users, in a key development in their ecology.

Mithril has been leading the industry in social media and crypto cooperation, now with their plans for the future, they look set for even greater success in 2019. The VAULT app will also come alongside new features for their VAULT and a commitment to continue the growth of partners who have Mithril token acceptance and improving the real-world usability of their token.

The first quarter of the year has seen big steps forward for the “Mithril mining” company led by Jeffrey Huang, with partnerships with more and more varied outlets for usage of their MITH tokens.

More recently, they proposed plans to partner with a bubble tea company and have joined hands with the worldwide leader in mobile amateur adult entertainment, SWAG, who accepts MITH as payment. Other partners include, Accupass, the biggest online ticketing platform in Asia that processes over 10,000 events annually.

The upcoming VAULT app is without a doubt the highlight of the groups progression and according to Mithril, once the app is online, users will be able to manage a select set of crypto assets conveniently on VAULT App, in addition to easily paying via MITH and other cryptos at partner locations and applications.

We are excited to see what the rest of 2019 brings, but by the looks of things it is going to be great for Mithril and its users.