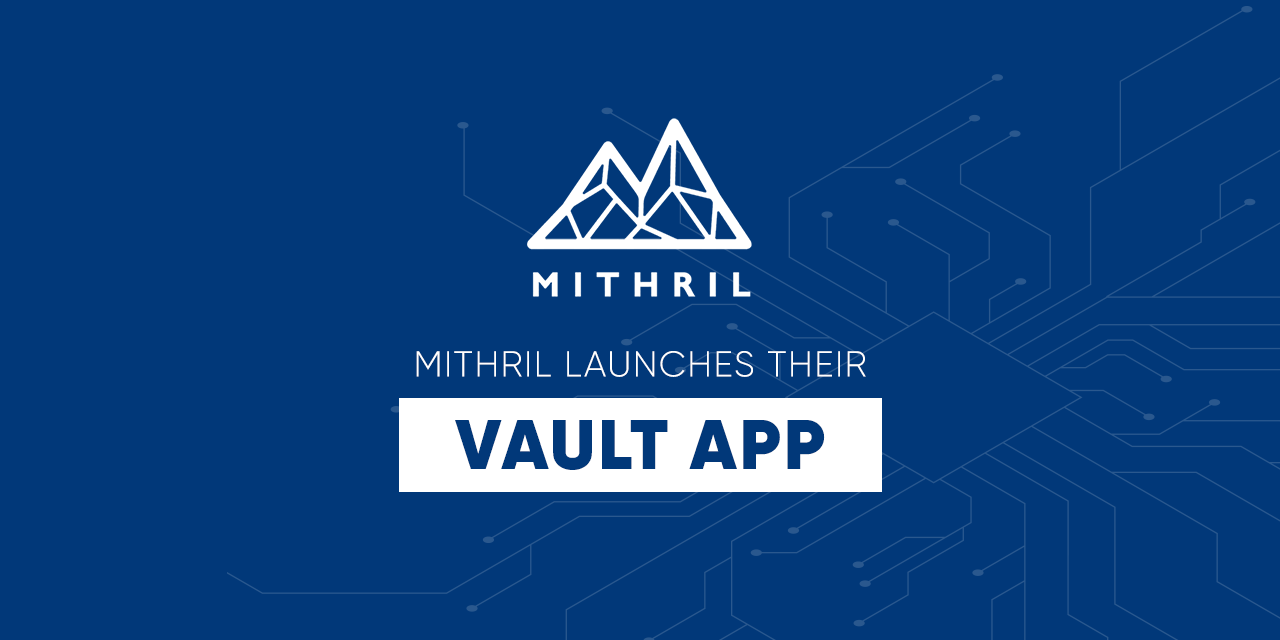 Mithril has officially launched the much-anticipated VAULT app which is set to change the game for digital wallets, in a major development for the company and industry as a whole.

Their VAULT app functions primarily as a wallet for Mithril users and is where they can store their MITH tokens mined from the social media content they create on the Piepie app. The VAULT app has several excellent features which will be groundbreaking for its users.

One of the standout additions to the VAULT app is the facial recognition and Touch ID for login, which makes the experience that much greater for Mithril users. The interface is also set to be more user-friendly. The function and usability of the wallet is an area that Mithril believes can outdo other competitors in the market.

Mithril has found the right mix of usability and function, with more and more crypto assets set to be made available on the VAULT app. Users will also have to go through the KYC process on the VAULT app, ensuring that your assets will be secure.

Alongside these great added features, Mithril’s digital wallet promises to ensure the continuing commitment to its core features. The new VAULT app keeps the ability to shift your MITH tokens into the most popular cryptocurrencies with up to date exchange rates, however, currently this feature is unavailable for the IOS version.

Users can also withdraw assets easily through the various exchanges Mithril is partnered with. Users will continue to be able to stake their MITH tokens, which will increase your MITH earned through the social media content they create.

The ever-growing ecology of Mithril does not stop at the creation of the VAULT app. The social media mining company is also planning some other major additions to the company in the future.

Mithril is in the building stages of their Mithril ad network, a special feature which allows users to post adverts through the VAULT app in order to connect directly with the crypto market. Some advertising packages include:

With this, the Mithril ad network is set to be an important asset for crypto businesses.

As decentralization becomes the way forward for the crypto community, Mithril is ready to meet this trend. Wilson Huang, leader and innovator within Mithril recently hinted at a decentralized finance future for Mithril in a tweet. Although nothing has been confirmed as of yet, it would appear the Company has an eye on this for the future.

The VAULT app is certainly eye-catching and is a serious rival to other wallets on the market. Let us know in the comments what you think of the latest addition to the Mithril ecology.