Metamon is a sci-fi and fantasy Web3 game powered by NEAR Protocol, Unreal Engine, and MTVRS, a blockchain game platform.

NEAR Protocol’s impressive features, such as ultra-fast transactions and low fees, bring new power to dozens of new services and enable them to expand their potential. With this new blockchain platform, Web3 services, including play-to-earn (P2E) games, can finally bring what their market wants and showcase their maximum capabilities.

The protocol wants to bring something fresh to the Web3 gaming table by introducing an immersive battle royale game, minus the typical problems found in most P2E games.

And by building on top of the NEAR protocol, it is confident that it can deliver interesting gameplay, a smooth gaming experience, and multiple earning opportunities for gamers worldwide.

Metamon is a sci-fi and fantasy Web3 game powered by NEAR Protocol, Unreal Engine, and MTVRS, a blockchain game platform. It will have PvP gameplay, which means that players will have to compete with each other and acquire valuable resources along the way to continuously advance in the game.

The game will be launched on Mainnet in April 2022, and will first roll out on Windows and will be followed by Mac, web, and mobile formats.

It will soon launch other versions of its games, such as Metamon Raids and Metamon MMORPG. Another interesting aspect of Metamon is that it will continue to expand every three months, which means it will gradually have new Metamon monsters, storylines, resources, and more.

The platform’s DAO, which will be discussed in detail later, will significantly affect how the story would evolve as it expands.

The Forma Gauntlet is a combination of a gauntlet-like device equipped with a crystal called Forma Crystal that allows a player to transform himself into a ‘Metamon.’ Also, by using the gauntlet, a player can participate in battles that will determine his status in the game’s Galactic Federation and its entire virtual universe.

The platform takes story-telling seriously as it will tell its rich story, not only inside its game but also in traditional mediums such as comics, 2D and 3D animations, and an anime series!

The stories will be launched first in the comics and animations, and then in an exciting anime series that will be rolled out in 2023.

MON Token is Metamon’s in-game token and a NEAR protocol ERC-20 token, which can be used for governance, payments, P2E transactions, staking, and more.

The MON Token can be used in the platform’s DAO to vote on decisions regarding treasury management, play-to-earn allocation, and other critical matters.

Players can use MON to pay for Booster Packs, game store items, NFT drops, and NFTs in MTVRS’s marketplace.

Metamon players are rewarded with MON tokens to encourage increased activity in the platform and improve its economy.

Players can earn MON tokens through winning games, being a Top 10 player, acquiring booster packs and loot boxes, and upgrading their Metamon monsters.

MON tokens can also be earned by staking/farming them on Ref.Finance, a NEAR-based multi-purpose DeFi platform.

Metamon NFT holders are all qualified to receive MON tokens, but this privilege will depend on the type of NFTs they’re holding and the duration of their participation in the community.

A player must choose up to three Metamon monsters before going into battle, and after selecting the preferred monsters, his virtual character will be transported to an alien world.

One of his top goals is to acquire territories and resources for his faction by continuously battling and defeating other players.

He may either hunt for tokens, NFTs, and rare Metamons that can speed up his advancement in the game.

And to prepare and defeat all sorts of enemies he will encounter along the way; he can transform on any of the Metamon monsters he selected earlier.

Once a player defeats his opponent, he can now acquire his loot and continue exploring to search for another enemy.

How To Start Playing Metamon

One of the great things about Metamon NFTs is that they can be used not only in the Metamon Battle Royals but also on other game versions that will be released soon.

This transcending feature increases the utility and value of Metamon NFTs, allowing players to further increase their assets and game standing.

Players can also trade their NFTs in the MTVRS marketplace and trade with other players to acquire more ideal assets.

Here are some of the NFTs that players can acquire:

Metamon is the primary NFT in the Metamon BR, which can evolve and be used as a weapon in every battle.

The Gauntlet, which is used to increase Metamon stats, can be acquired as a whole or in parts and is composed of Forma Crystal, Forma Transmitter, armor, phaser, nano module, base body, armor, evolution drive, and AI chip.

Evolution Shards are used to upgrade a Metamon and can be acquired from Booster Packs or winning battles.

How to Acquire NFTs and FTs in the Game

The Season 1 Auction will roll out a limited set of Gauntlets equipped with critical components such as rare and legendary parts.

Like other DAOs from other Web3 platforms, Metamon DAO also aims to be entirely community-owned and establish an autonomous ecosystem.

It is governed by the MON Token holders, which have the authority to vote on critical decisions that will determine the projet’s future.

Merch Swag Store, which was launched last January 2022, is the platform’s answer to the community’s clamor for Metamon-branded physical items, which include clothing, collectibles, and other interesting items.

Metamon has an interesting way of expanding its universe, has great gameplay, valuable utilities for its token, and has all the advantages of the NEAR protocol.

These aspects, of course, wouldn’t determine its success but are enough to position itself as a competitive P2E platform and not just any run-of-the-mill blockchain game. 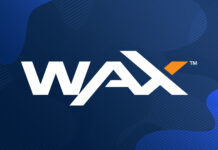