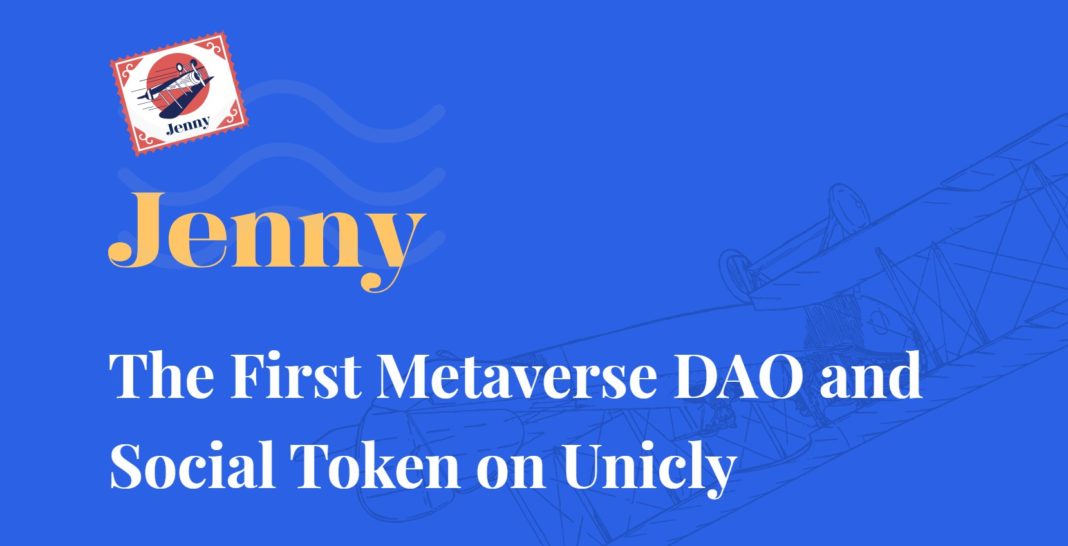 The boom of the non-fungible token (NFT) industry saw the emergence of new trends in the blockchain space. While there have been new market participants, even coming from very prominent figures, the problem that remained was the lack of liquidity on NFT trading. Projects like Unicly offered a solution through fractionalization, and Jenny is a tool that is powered by that technology.

Jenny offers a decentralized way of creating a basket of NFTs that isn’t controlled by any single entity or individual. This way, a lot of people can be enticed to join NFT auctions without having to worry about the sale of their NFTs. The project is a display of how even the NFT space can also be decentralized.

To be able to redeem the NFTs bought from a collection, the vault that holds them has to be unlocked. It can only be unlocked if the minimum threshold for buy-ins, or purchases, are met. The one who mints the collection also has the ability to set this threshold. If the threshold isn’t met, the NFTs in a collection are returned to the owner.

Jenny functions the same way. The difference, however, is that the collection will not be owned by a single creator alone. It can be a community of people who will also have the ability to decide the parameters related to the management of the NFT collection. To support this end, Jenny is implementing its own DAO.

Jenny is different from other NFTs minted and listed on Unicly’s exchange. As already mentioned, instead of being owned by a single entity or individual, uJENNY, its native token, is community-owned and governed. The value of uJENNY will also be determined by the collective value of the NFTs stored in its collection.

There are several membership benefits made available to its native token holders. These include access to their community Telegram and Discord channels, insights and reports about important NFT updates and industry-related news, Ask Me Anything sessions with prominent individuals in the Jenny community, and control over how the funds of the Jenny DAO ought to be managed.

This rids the NFT collection of the problem on centralization and allows its token holders to share the benefit from an auction in proportion to the amount of uJENNY tokens they own. The liquidity mining feature is not yet available for the token, but once accessible, it can also offer another avenue for the token holders to earn even much larger rewards.

Since no single owner has absolute control over the Jenny token, the wallet tied to it is owned and governed by its community as well; it is a multi-signature wallet. This means that it requires any transaction made in relation to the funds of the Jenny DAO to be voted upon by the key members of the community first (i.e. Jenny token holders) and its founders.

The two founders of the token are only given one signature each in order to prevent them from having absolute control over the management of Jenny DAO’s funds. Then, a number of key community representatives will be chosen based on the amount of their Jenny token holdings. If the community believes that there should be a change in the signatories of the wallet, it will first have to be held onto a vote amongst all Jenny token holders.

Again, the objective is to ensure that the control of the NFT collection rests upon the wishes of its community.

Jenny DAO is responsible for the process of adding NFTs to its vault and locking them in Unicly’s smart contracts. The community will also be in charge of coming up with an estimate of the total value of these locked NFTs, dropping new NFTs, arbitraging the value of the NFTs and the Jenny token, and evaluating the ongoing bids, among others.

Any activity related to the management of the vault has to be voted upon by the token holders, with each Jenny holder given one vote each. If there are enough votes reached asking to unlock the vault, then the NFTs can be released to the winning bidders.

In such a case, Jenny DAO’s custody of the NFTs stored in the vault will be transferred to the bidders and every proceeds from the sale will be shared between Jenny’s token holders in proportion to the amount of their holdings.

uJENNY token is the native, governance token of the NFT collection. It can be used to participate in the protocol’s governance decisions and liquidity mining. However, it is still up to the Unicly community whether to whitelist Jenny Token for liquidity mining.

Once it is made available, users can start to provide liquidity to the token and receive UNIC governance tokens in return.

Another use case for the token is on the right to accept NFT bids. Token holders will be given the opportunity to accept ongoing bids for NFTs on different vaults if they find those bids within the acceptable range that they have determined.

Exactly 70% of the proceeds from the first Jenny token sale will be allocated for the acquisition of NFTs. Its total supply will also be fixed at 10,000,000 tokens. If liquidity mining is already made available and Jenny token holders decide to redeem their holdings for ETH, Jenny tokens will be transferred to Unicly’s smart contracts and burned.

While NFTs have proven to be a profitable opportunity in the blockchain space recently, the problem that continues to make it difficult for the community to maximize its capacity are liquidity concerns. That is why an approach such as that of Unicly seems like a promising entry to the market. But while it supports NFT fractionalization and decentralized finance (DeFi) features, the next issue is if there will be reliable NFT collections on its platform.

Here, the issue of centralization could also be of importance. If only a single individual controls a specific collection on Unicly, then its objectives, such as wider adoption and improved liquidity, may continue to remain unsolvable, which is why Jenny’s initiative may perhaps be the missing piece of the puzzle.

Jenny implements NFT sale, management, and ownership decentralization. Even the founders of the collective that they will be making available on Unicly will not have absolute control over its funds. And in its architecture, everything has to be decided upon by its token holders. If we are to truly make NFTs available to everyone, this might be one of the best approaches for the market.