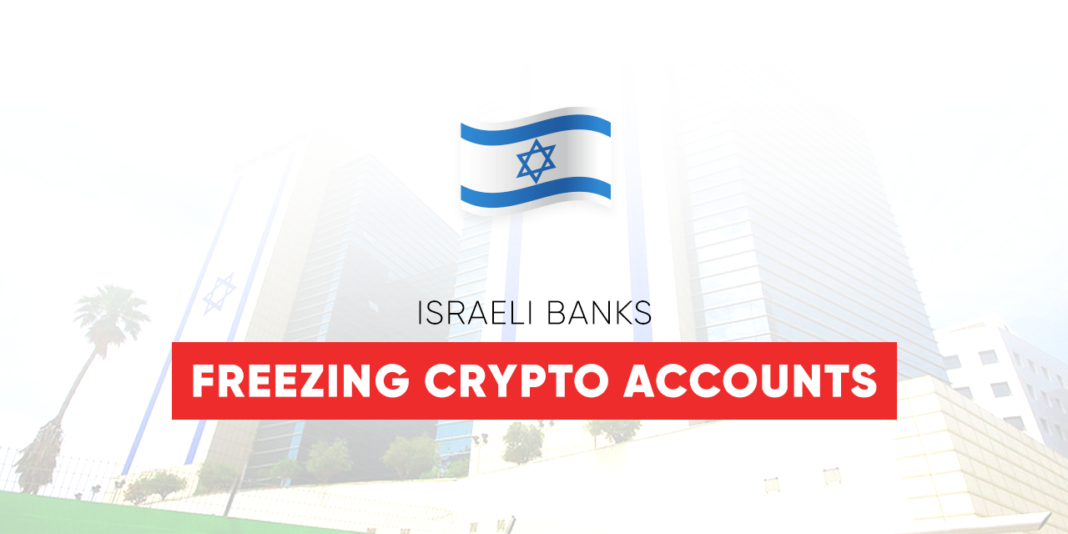 Israeli cryptocurrency investors are having a hard time making cryptocurrency deposits into their bank accounts. A report from Israeli media Ha’aretz, says the financial institutions unfamiliar with the technology are declining deposits obtained from crypto. Consequently, a large portion of digital currency holders in the Middle Eastern nation now cannot pay their taxes.

Besides the lack of familiarity with emerging technologies, crypto investors have other odds stacked against them. There are, for instance, terrorist financing and money laundering concerns. There have been reports that terrorist groups have asked for funding through digital currencies.

As an illustration, the Gaza-based Izz El-Deen al-Qassam Brigades, in a late January online announcement asked for BTC directed to digital wallets. To avoid monitoring the terrorism group generates a new wallet for each transaction. As per research, done by Elliptic, a leading blockchain analysis firm, the terrorist groups are increasingly experimenting and getting familiar with bitcoin fundraising.

The nation has a personal capital tax rate of 25 percent for virtual currency profits. There also is a corporate income tax levied of 47 percent. The freezing of accounts has, therefore brought about a huge issue when it comes to taxation. As a result, the quantity of untaxed encrypted income is on the rise and has now hit the $86 million figure.

“The Israeli tax authorities actually know this, but they seem to have been evading the problem. I almost tried to work with all banks, but when they heard the word bitcoin, they would freeze the account.”

Crypto traders have said that between 2011 to 2017, it was easy to pay tax bills to the Israeli Tax Authority. Things went south however after 2017 when banks wary of KYC and anti-money laundering regulations began to tighten the noose around deposits. The banks started to lock the funds instead, meaning that people could hardly use their accounts for crypto trading. Banks no longer wanted to be part of the emerging market.

This means that trade earnings cannot be deposited as local fiat currency into bank accounts. Traders have therefore found themselves incapable of settling their taxes with the Israel Tax Authority. This means that most of these traders have had a lien out on their accounts and other assets. Gross, a trader in this predicament, tells Ha’aretz, “the tax authority is aware of the problem, but they say the ball isn’t in their court.”

Cryptocurrencies Not Currency but Assets

In May, the courts in Israel declared Bitcoin an asset rather than a currency. This made the cryptocurrencies, taxable assets. The rising risk-averse stance adapted by the Israeli banks might stifle the trade since the strict cryptocurrency policies disallow trading deposits. The situation is so dire that some digital currency technologies startups have been blacklisted.  There could, nonetheless, be other banking interests at play.

“It’s almost impossible to work with the Bank of Israel now. The problem now is that the policy may not be due to money laundering, but the bank is worried that the cryptocurrency will compete with them, so they will do it.”

About 20 percent of all retail banks in Israel has a zero-tolerance policy to Bitcoin. The remaining 80 percent has very stringent operational rules, making it almost impossible for crypto holders to access their services. Businesses are beginning to transfer their assets to friendlier countries such as Switzerland. As that the moment, no one seems to be sure what Israel’s stance on crypto regulation is.