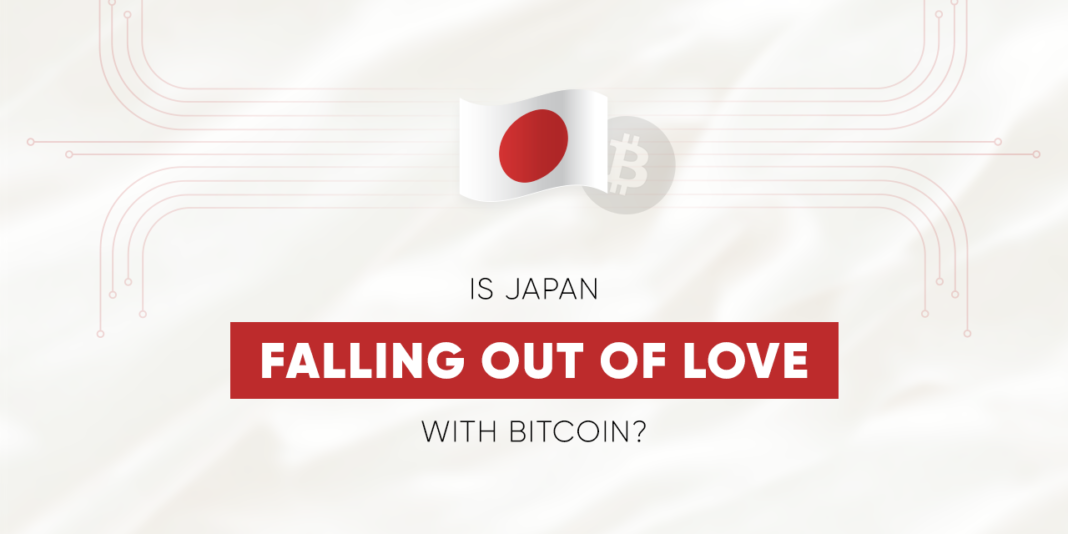 Japan, so often seen as the home of cryptocurrency in Asia and a leading nation in the world for the industry, yet reports have suggested the crypto love affair may be coming to an end.

Since making Bitcoin legal tender in 2017, Japan, one of the biggest economies in the world has been lauded for its cryptocurrency adoption. Shown by an often willing government who has proposed and implemented regulation, the plans for a cross border payment network as well as the numerous crypto projects popping up every day.

One governmental group that has pushed and regulated cryptocurrency in Japan is the Japan Financial Services Agency (FSA). They helped create the Japan Virtual Currency Exchange Association (JVCEA) on October 24, 2018, making the industry self-regulated.

The public has also been very willing in the past to accept Bitcoin. GMOCoin conducted a survey of 10,000 users, from January 30 to February 13 which showed that more than 70% of people are full of hope for the future of virtual currency. Yet, according to recent reports, this faith from the public is waning and usage of cryptocurrencies in Japan is lessening.

Despite the fairly rosy outlook for the industry in the nation, Japan’s FSA report has suggested that the public is losing interest. The financial authority said that the inquiries had fallen from 574 enquiries in the first part of the year but only 494 about crypto coins and assets in the last quarter ending June 30, 2019.

Although this does match a worldwide trend of less involvement in cryptocurrencies, the statistic from Jinse only serves to illustrate a dwindling investment from people in Japan. Using Longhash data from February 2019, Japan’s Yen was ranked the highest in the time of Bitcoin transaction on Coinhills.com accounting for 48.49% on that day. Now, according to Jinse, the yen is only 17.55%.

So what has pushed the Japanese public away from cryptocurrencies?

One possible reason is the increased regulations. The FSA has employed stricter regulations since the Coincheck scandal. The exchange was hacked for $500 million. Now, the FSA requires exchanges to monitor fluctuations and comply more with anti-money laundering laws.

Perhaps, the Japanese public is worried due to the scandals related to the industry and as a result, is uninterested. The MT Gox scandal was played out in Japan, in one of the biggest moments in history. Bitpoint also lost about 3.5 billion yen ($32 million) in a hack that had Ripple and other cryptocurrencies involved.