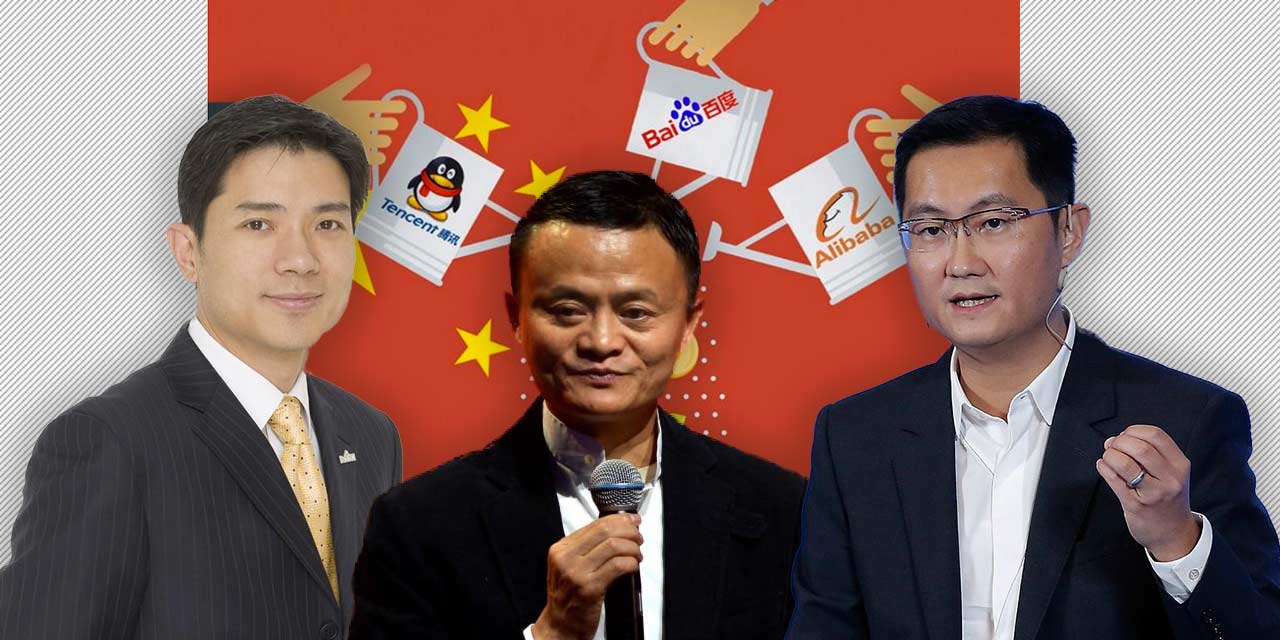 The early morning of December 18, 2018, witnessed the celebration of the 40th anniversary of reform and with the opening held at the Great Hall of the People.

One of the critical programs observed at the meeting was the dishing out of awards to everyone that has contributed massively to the reform and opening up experienced over the year. The award tagged, “The 100 Pioneers of Reform” was given by the Party Central Committee to the top performers in the industry across all sphere of the globe.

Representing the technology and digital space are the CEOs of companies plying their trade on the Internet. They include Robin Li, Ma Huateng, and Jack Ma.

The emergence of the internet coincides with the rise of China in the information technology sector. The new age has witnessed the birth of world-class enterprises such as Baidu, Tencent, and Alibaba. The blockchain technology, in particular, has diverse application in the real word with internet entrepreneurs capitalizing on the innovative technology to position themselves at the peak of their ventures.

Jack Ma and Alibaba in Blockchain

On August 19, at the “Forum of Chinese Entrepreneurs Club,” Mr. Ma reiterated that blockchain technology is a key technology to accelerate future development of the world. He also explained his belief that the disruptive technology is not for Bitcoin alone, but the financial industry as well.

Discussing further, the founder of Alibaba expressed his conviction that blockchain technology would change the financial system in the coming 20 o-30 years. In addition, he stated his belief that blockchain technology can also be used in other industries as it possesses the critical features such as trust, credit and security data which are of utmost significance to the social credit system.

It is imperative to reiterate that it was not the first time that Ma Yun will state his opinion on the blockchain. Recall in the early months of 2016, Alibaba had employed the blockchain technology in Alipay’s love donation platform.

Consequently, Alibaba’s exploration of blockchain technology has made a few giant strides over the past months. Recently in August 2018, the number of patents in Alibaba blockchain hit the peak at an unbelievable 90 power ranking. Its application of blockchain covers many fields, such as public welfare, traceability, cross-border payment, supply chain finance, certificate of deposit, and digital content copyright.

The year 2018 marked the breakout of Alibaba’s blockchain application and concentrated on marginal non-core businesses like traceability and charity.

The Ant Financial launched C2C blockchain in Hong Kong around July 2018, and since then it has provided technical support for the Hangzhou Internet Court Judicial Blockchain. Also, Alipay launched the mutual treasure which has recorded landmark achievements.

One of the indications that Alibaba has a genuine intention to promote the blockchain is its creation of cross-border supply ecosystem and the application of blockchain to explore B2B business.

Baidu and Robin Li in Blockchain

Baidu CEO, Robin Li also known as Li Yanhong spoke extensively about the blockchain stating that although the technology is very revolutionary, but remains at its infant stage.

Also, the company has made significant efforts in the area of blockchain in 2018:

There are several other series of events that shows the interest of Baidu in blockchain-based technology. Some notable mentions include the launch of the Baidu’s pioneering blockchain native application on the 6th of June. Another landmark achievement is Baidu’s investment of 50 million on the establishment of degree chain network technology (Hainan) Co., Ltd.

Robin Li reiterated that blockchain is still in the early stage of development, notwithstanding it is indeed possible to change the Internet as an essential basic innovation.

The Baidu founder disclosed that the company due to possessing essential technology expertise would freely attach importance to blockchain as a basic technological innovation. He further highlighted that the blockchain is indisputably another key weight to alter Baidu’s current predicament.

While taking his session, Ma Huateng also discussed the effects of blockchain technology on the technological change to the new outlet. He stated his support for blockchain but admitted to having a little doubt about the genuineness of ICO.

Ma Huateng seized the opportunity to remind the public about Tencent’s QQ, Wechat and various online games incorporating the blockchain technology. He stated the focus of Tencent on commercial and blockchain electronic invoices, with 2G, 2B, and 2C invoices.

Tencent’s dive into blockchain can be traced back to 2016. Self-research on the bottom technology of blockchain began during that period; financial blockchain cooperation alliance was established successively. Also, BaaS service was developed, and interbank joint loan clearing platform based on blockchain technology was launched.

After a specific moment of research and development, Tencent completed the overall accumulation of underlying technology in 2017, and also released the “Block Chain Scheme White Paper.”

In September of the same year, the first batch passed the “Trusted Block Chain Detection Standard” of China Communications and Communications Institute.

Furthermore, TBaaS, a financial solution, was officially released in November. Thus, it fundamentally finalized the whole construction of the Tencent Block Chain Ecological Platform, which can penetrate the commercial application stage at any time.

Since progressing into the first year of application of blockchain in 2018, Tencent’s direction of building blockchain ecology has technically remained unaltered; B’s supply chain finance and to C’s game. In April, Tencent released its first AR “Catching Demons Together” tour. In August, Tencent and Shenzhen State Tax Bureau collaboration in the first “blockchain invoice” yielded positively.

So far, 2G, 2B, and 2C applications have become Tencent’s main driving force having 2G as the blockchain electronic invoice, which doubles as Tencent’s most popular landing application direction in the second half of the year.

Conversely, 2B remains the pioneer product; “micro enterprise chain” developed and applied in the supply chain financial scenario through the integration of Legend, a strategic partner.

It is remarkable to state that the Shenzhen Tax Bureau of the State Administration of Taxation has been connected with the Wechat Payment Platform, and December marked the launch of the function of “Wechat Payment Block Chain Electronic Invoice.” The development enhances the integration of the application of the blockchain into people’s lives.