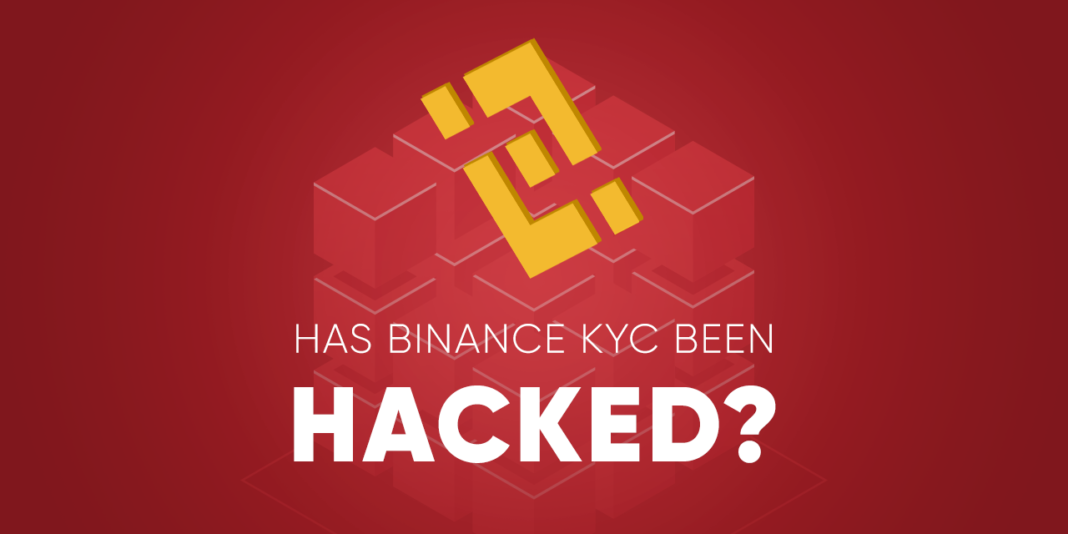 Binance users’ accounts have been reportedly hacked and their Know Your Customer (KYC) data stole. As per images of IDs posted in a Telegram chat group, thousands of the exchange’s user’s photos, IDs, and passports are out there.

Tons of crypto users have joined the channel that has photos of people holding identity cards with a placard written “Binance” on it. The placard also has other details such as the date the image was taken. Surprisingly, the date on the photos is February 24, 2018.

Binance in their regular fashion has been quick to respond to the issue on their blog. The latest update from the Binance security team says that an individual has harassed and threatened them demanding 300 BTC. This is in exchange for 10,000 images that have a semblance to the cryptocurrency exchanges KYC data.

The security team has further said that they are still investigating the matter to establish its legitimacy. They have, nonetheless, given clues that explain why the images are now on social media. Apparently, the hacker decided to distribute the pictures and data when Binance refused to pay up.

On the blog, the team says:

“There are inconsistencies when comparing this data to the data in our system. At the present time, no evidence has been supplied that indicates any KYC images have been obtained from Binance, as these images do not contain the digital watermark imprinted by our system”.

About the February date on the images, the Binance security team says that at that point the exchange relied on a third-party vendor for their KYC processes why is such a large exchange trusting a third party with your private data?. The vendor in question may be the source of the data. The exchange says that they are investigating that lead.

Changpeng Zhao; Ignore the FUD but can we trust?

Changpeng Zhao, the Binance CEO, has on Twitter asked the crypto-verse not to fall for the KYC leak’s induced FUD. Some pundits do agree with CZ. They say that the leak seems more like a FUD or is this just an elaborate coverup as not so long ago they were hacked and crypto stolen.

The exchange says that 98 percent of its coins are held in cold storage. Moving them will increase the size of the exchange’s hot wallet. This could make a hack more fruitful. Others claim that it is all part of a smear campaign from the exchange’s competitors.

The Binance security team has informed its users that the data in question is the same as that a dark-net hacker held in January. But is it true or is this a new line of hacks?

According to a report from Shenzhen Financial News, a large number of the hacked KYC data owners were from Asia, mainly from Japan, Vietnam, Pakistan, and Japan. The exchange’s Korean manager.

In May Binance suffered a hack that cost it a 7,000BTC loss. The exchange nonetheless covered the damage, with their SAFU fund. This time Binance is offering a 25 BTC reward to anyone with information that may lead the hacker to justice.