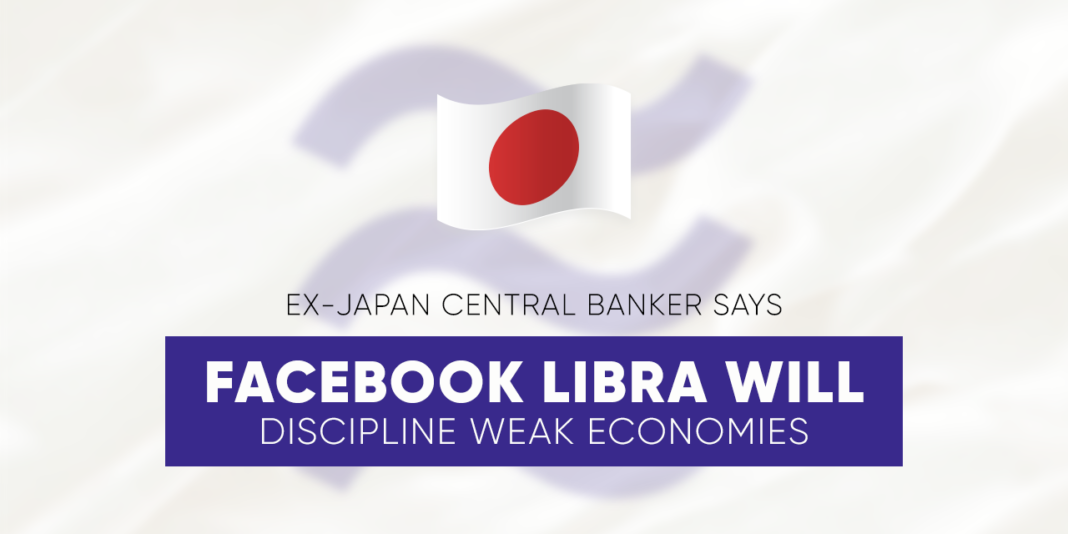 Facebook’s cryptocurrency project, Libra, continues to ignite mixed reactions from regulators to analysts. One commentator, an ex-Japan central banker has put his thoughts into the mix, saying that Libra will discipline weak economies across the world.

Libra V Economies: It will weaken fiat currencies across the world

Hiromi Yamaoka, former executive, Bank of Japan (BoJ), noted that if Libra receives mass adoption, there will be weakening of their fiat policies.

“If Libra becomes more widely used that the sovereign currency of a particular country, the effect of monetary policy may be severely undermined.”

Yamaoka added that whether the economies are strong not, “the emergence of Libra would pressure policymakers to discipline themselves” by avoiding enacting measures that will negatively affect the value of their country’s fiat currency.

The ex-BoJ banker sees the major issue with regulators and policymakers concerning Libra is its composition. For instance, Yamaoka notes, Libra is backed by a basket of major fiat currencies, government securities, and real assets. Therefore, a slight change in the composition will disrupt the exchange rates among other markets factors. Consequently, it will touch on monetary policies.

“Any inconsistency in rules among countries creates a loophole that renders the rules ineffective.”

An important point to note is that the ex-BoJ executive’s comments are arguably made from an informed position. This’s because, at BoJ, Yamaoka led the payment and settlement systems division. Additionally, he was deeply involved in the Bank of Japan’s research into virtual currencies.

As reported by Reuters:

“The working group, consisting of the Bank of Japan, the Ministry of Finance, and the Financial Services Agency …. Will seek to coordinate policies to address the impact Libra could have on regulation, monetary policy, tax, and payments settlement.”

Currently, regulators are converging in drones to protests Facebook‘s move to launch a virtual currency. However, the social media giant has assured policymakers that Libra’s launch has been postponed until the regulatory issues raised are addressed.

According to David Marcus, who oversees the blockchain department at Facebook:

“The Libra association, which will manage the Reserve, has no intentions of competing with any sovereign currencies or entering the monetary policy arena. Monetary policy is properly the province of central banks. Facebook will not offer the Libra digital currency until we have fully addressed regulatory concerns and received appropriate approvals.”