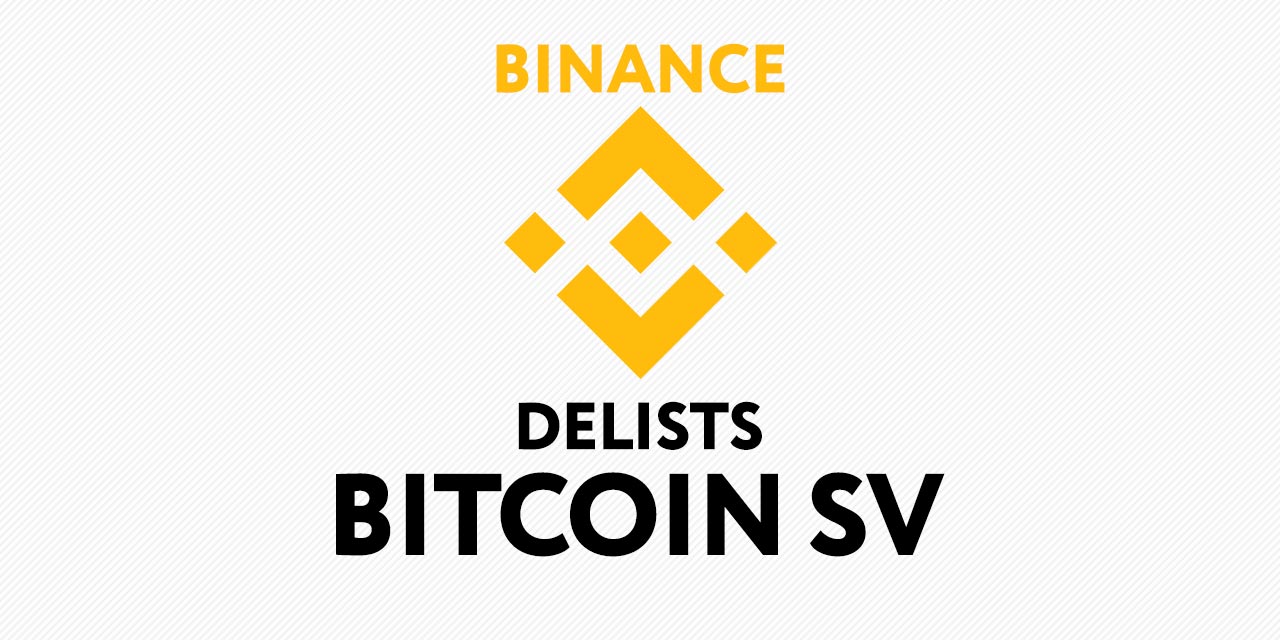 Craig Wright has long claimed to be the famed Satoshi Nakamoto, the creator of Bitcoin. However, with no proof to back up his claims, CEO of Binance, Changpeng Zhao has threatened to delist Bitcoin Satoshi Vision (BSV) from his platform if that talk continues.

Bitcoin SV was championed by Craig Wright, and it is a fork of Bitcoin Cash. Changpeng Zhao has threated to remove the cryptocurrency from his platform if the talks continue to linger. He tweets saying: “Craig Wright is not Satoshi. Any more of this sh!t, we delist!”

Zhao was talking in light of document sent to some crypto personalities regarding Wright’s claims. Peter McCormack tweeted an image of the mail he received from Craig Wright and Calvin Ayre of Coin Geek.

According to the letter, Wright claimed to be a part of the team that created Bitcoin. Consequently, he claims to be the brains behind the pseudo name, Satoshi Nakamoto. For those who defamed his character, the letter advised them to get legal counsel as they have caused harm to his reputation.

The letter sent out to some crypto proponents has been met with sharp criticism from the community. Alan Silbert, the developer of crypto and security token platform at INXLimited, made a sarcastic reply to this letter. He said “If I was Satoshi and created Bitcoin, I know one of the things on my list would be to harass pseudonyms on Twitter with lawsuits and spend a large amount of my time on “troll hunts” because you know, that’s what Satoshi would do.”

The blockchain community also criticized Wright, with comments from various social media feeds, with most of them claiming that Satoshi would not bother with troll haunting or attacking others for not believing in him.

Will Other Exchanges Make A Similar Threat?

As it is, Binance is one of the leading cryptocurrency exchanges by adjusted volumes and one of the few posting actual volumes. Its CEO now threatens to delist BSV if the Wright situation escalates, and other crypto exchanges could follow suit. As a matter of fact, Anthony Pompliano, the co-founder and partner at Morgan Creek Digital, has called on exchanges to delist the coin.

“Every exchange should delist BSV simultaneously on May 1st in a sign of solidarity behind the only Bitcoin that ever mattered. This community is the responsibility of the people. Sometimes we must do the hard thing, not because it is easy, but because it is right.”

Some crypto proponents suggested that BSV should be delisted on May 1, Labor Day effectively tuning the date into a Bitcoin Restoration Day.

Calvin Ayre, the founder of Coin Geek and a Bitcoin SV supporter, is against the delisting of the coin from Binance or any other exchange. He argues that it is stupid for Binance or others who would take the step to delist Bitcoin SV simply because they don’t like to hear the truth about Craig inventing Bitcoin. Censorship does not change facts, he added.

However, his points were countered by crypto enthusiasts who don’t believe that Wright is the real Satoshi. As long as he doesn’t provide proof to show that he is Satoshi or even spend the one million BTC Satoshi holds, then they won’t believe that he is the creator of Bitcoin.

Craig Wright has been one of the people to claim to be Satoshi. However, despite the theories mentioned over the past few years, none of them has satisfactorily provided evidence to show that they are Satoshi.