The Curve Protocol is one of the largest and most used projects in the Decentralized Finance (DeFi) space. It is integrated with most DeFi protocols and has seen rapid adoption in a short window. It’s essentially the most competent automated market maker (AMM) out there for stablecoins and wrapped tokens.

Curve’s most valuable accomplishment has been giving people incentive to contribute liquidity and earn rewards over their idle assets. A community-based project, the protocol innovates continuously and is now progressing towards total decentralization.

In this guide, we take a look at the DeFi heavyweight, its history, team, functioning, as well as the upcoming CRV token and most importantly – how to use it to your advantage and make money.

Curve’s development started in 2019 before it was launched in January 2020. There is no publicly-listed team on the official website. However, Michael Egorov is the known founder, who happens to also be the CTO of NuCypher.

As such, the majority of GitHub contributions are provided by NuCypher — an Ethereum-based decentralized encryption and privacy-focused project.

Curve is a stablecoin and tokenized Bitcoin derivatives (renBTC, WBTC, sBTC) decentralized exchange. It can also be called a liquidity aggregator, which means that it combines liquidity from other sources in order to facilitate token conversions. The platform’s top perks include low slippage and fees.

Users have the ability to provide liquidity in the form of stablecoins to the Curve pool and earn income from fees. The fees are generated from payments made by other users in the platform.

The Curve protocol offers an orderbook-less exchange using an algorithmic regulation of liquidity pools. This allows a faster and more efficient matching of trade orders. The platform became quite popular in the DeFi space since it was the first platform to introduce liquidity amplification, which offers a pool holding a small reserve to act as a large one.

This enables Curve to have 100-1000 times more market depth than most of its AMM competitors. By design, the protocol also allows for minimal impermanent loss (IL) for liquidity providers – the loss of value against the buy-and-hold strategy. The seven main Curve pools are Compound, PAX, Y, BUSD, sUSD, ren, and sBTC.

Curve – Comparison With Other AMMs 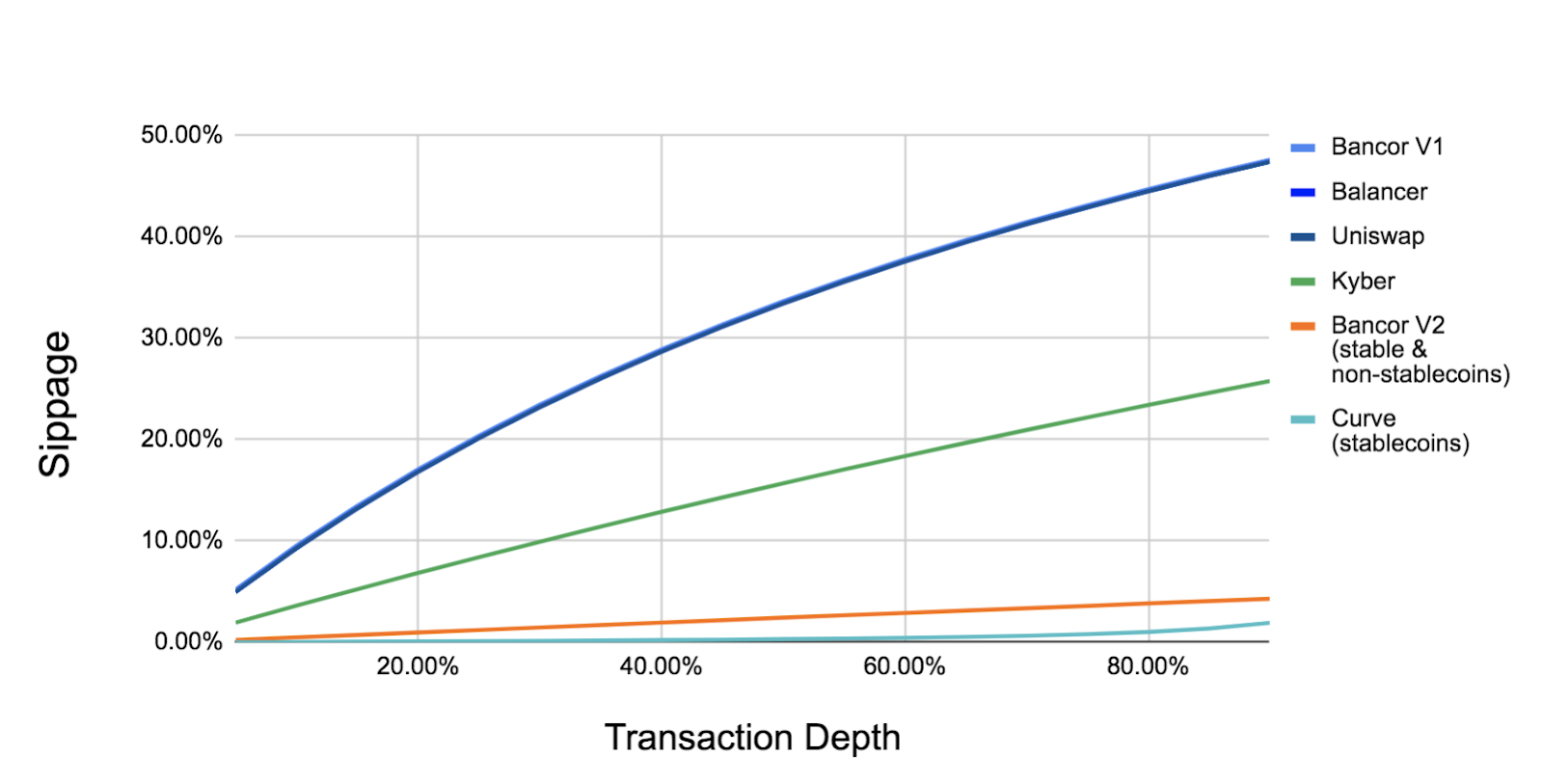 Among all six AMMs, Curve has the lowest slippage rates when it comes to stablecoins and wrapped assets.

The team will launch a Curve DAO (short for Decentralized Autonomous Organization) to decentralized governance on the platform. The DAO protocol will be based on the Aragon framework. Furthermore, the governance token will be the CRV token. A definite release date isn’t known but it is expected to launch in early August.

The Curve DAO will adopt a time-weighted mechanism to favor experienced people by giving them more weightage in voting. This mechanism will make it harder for rich attackers to manipulate the Curve protocol by purchasing large amounts of tokens and voting out of the blue.

Once Curve DAO is launched, it will also introduce the CRV governance token. The CRV token holders will have the right to vote on the important changes and upgrades to the Curve protocol. Furthermore, the asset will be an Ethereum-based token.

Instead of distributing through an ICO-based system, CRV tokens will be circulated via an incentive program for liquidity providers. The specifics of the token distribution has not been laid out yet, however the team shared that:

The Curve protocol native token CRV will have an initial supply of 1 billion tokens and a maximum supply of 3 billion. It will be distributed amongst the Curve.Fi liquidity providers based on time duration and provided liquidity. It will be an inflationary crypto asset.

The circulating supply will be 0 CRV at launch as 2 million CRV tokens would be released every day. There is a possibility that CRV tokens would also be burned if the DAO votes in favor of it. This information is subject to change as the situation develops.

Holding a CRV token will give users the ability to participate in protocol governance. The token accrues value from the usage of the protocol. It will feature a locking mechanism to generate rewards for long term liquidity providers.

How to Generate Income Providing Liquidity?

The provision of liquidity to the platform is a lucrative prospect, considering the low risk involved, as well as the relatively high fee earnings. Users will have the ability to keep their assets while putting them to good use (generating income from fees).

Furthermore, providing liquidity is in Curve is pretty straightforward. Here are the steps: 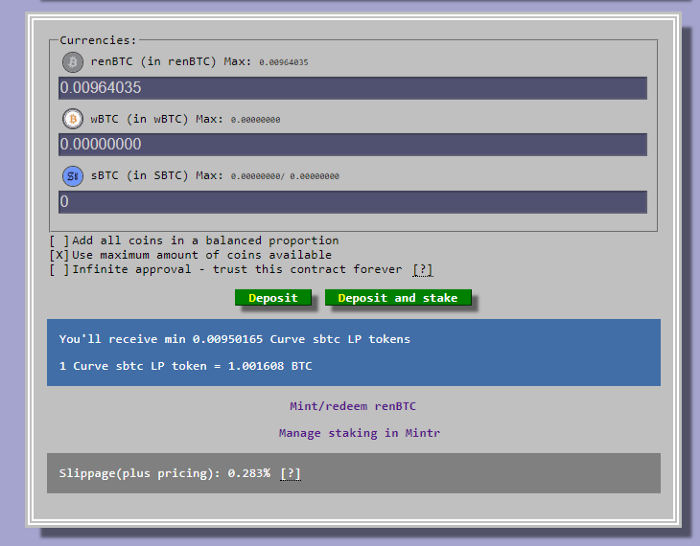 The DeFi market currently has a total value locked (TVL) figure of $4.5 billion and is expected to grow tremendously in the future. The Curve Protocol is uniquely positioned to acquire more value from DeFi considering its indispensable utility of providing liquidity and integration with different protocols.

Once the Curve DAO and CRV token launches are complete, the platform will become even more decentralized. Furthermore, CRV tokens will generate additional value for liquidity providers, giving them further incentivize to supply Curve pools.

The frictionless and non-custodial trading on top of low slippage will ensure that Curve stays ahead of the “curve” in the DeFi space. 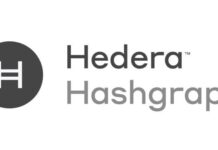 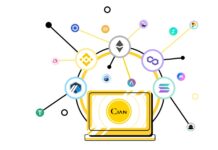 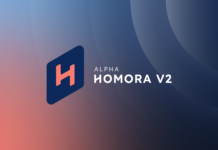