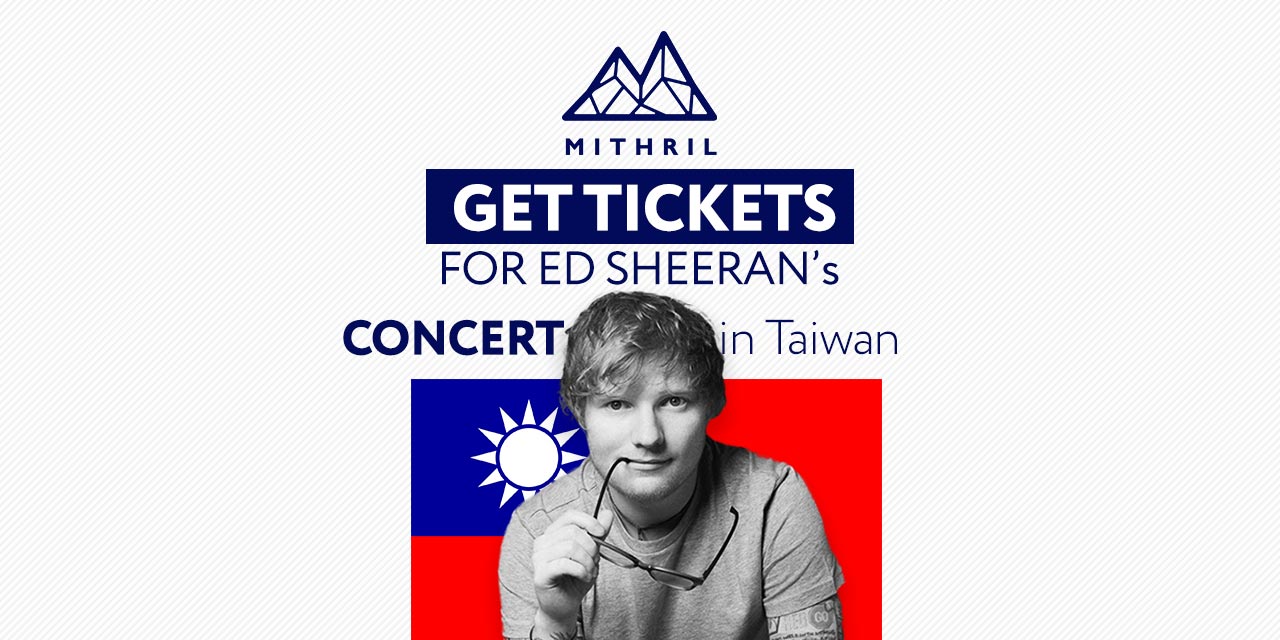 For many, the world of cryptocurrency still feels distant; a cold and unknown place awash with jargon, and run by elite tech-heads. What most don’t realize is that the entire point of cryptocurrency is, in fact, to provide more choices and convenience to the masses. Anyone following crypto news over the past couple of years will have noticed a growing trend in articles telling us more and more how our new digital tokens can be used to purchase an increasing number of everyday things.

Recently it was announced that Mithril (MITH) will be among the payment options for purchasing Ed Sheeran concert tickets. This adds yet another item to the growing list of purchases available to holders of cryptocurrencies. More importantly than that, it is another sign of the growing reach, legitimacy and viability of decentralized cryptocurrencies to challenge and even replace fiat currencies. In short, it is a consumer revolution.

Today it may start with Ed Sheeran tickets, but after that what comes next? Already cryptocurrencies can be used for purchasing Windows and Xbox content (2014), Starbucks coffee (August 2018), home furnishings on Overstock (2014), gift cards at egifter.com, luxury goods like at The White Company, and even to make charitable donations. Not only is the list growing, but the revolution is gaining mainstream attention. Back in March 2018, CNBC published an article detailing the increasing number of ways to use Bitcoin. In the same year, The Guardiannewspaper in the UK also published a detailed featureon cryptocurrency. This is no longer a “fringe” industry. It has thrust itself into the mainstream, increasingly proving sceptics wrong and placing itself firmly outside of the “passing fad” category.

As cryptocurrencies like MITH continue to gain momentum, and usage becomes more commonplace, another revelation is emerging — the miracle and marvel of blockchain-based technology. It is now becoming clear that as crypto use enters our everyday lives and becomes increasingly normalized, a greater number of people are seeing the benefits of decentralization. The security and lack of room for manipulation are particularly attractive, and even more that finally the power of currency could potentially be put into the hands of the masses rather than the elites.

The sector isn’t without its challenges, however, and we should all remember that one swallow does not a summer make. Using crypto to purchase concert tickets is another small victory in the long road to meaningful and widespread implementation of cryptocurrencies in the everyday lives of the general public.