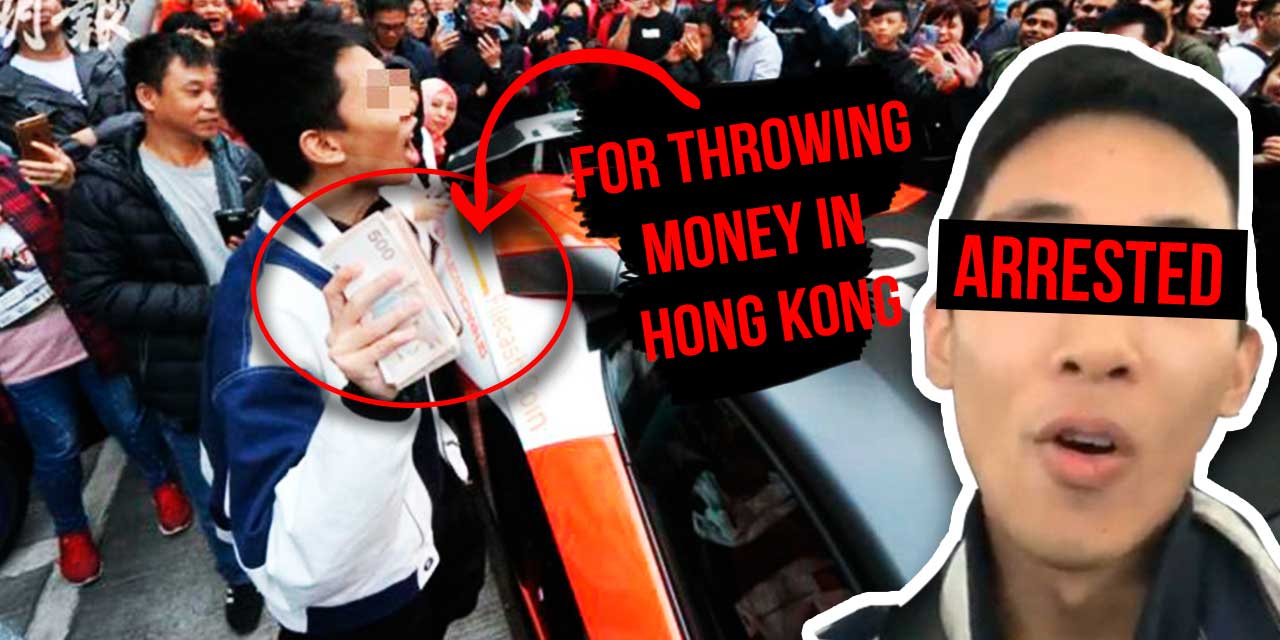 Yesterday, on Sunday, Dec 16, Wong Ching Kit was arrested in relation to the money throwing incident that he caused. A day after throwing money off the roof of a building in Sham Shui Po, Wong returned to hand out meal coupons (a euphemism for cash).

The 24-year-old arrived in Sham Shui Po in a Lamborghini sports car holding a stack of HK$500 bills and started distributing it to bystanders in the area. Police officers detained him when he started to hand out the cash, citing public disorder charges. 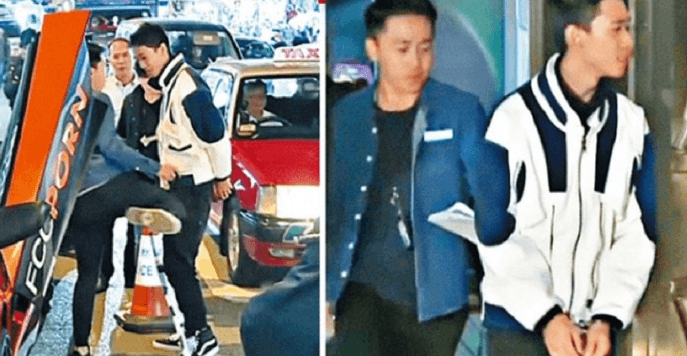 Wong, not one to shy away from a publicity stunt, live-streamed the arrest on Facebook. Sitting in a police van between two officers, he said: “I am now under arrest by police”. He was then shown being warned by police officers repeatedly that he could not take pictures or film. Before ending the live video, Wong said that he had received no injuries and that his cash was still in the bag.

Wong made his millions in the crypto scene but he has a reputation among Hong Kong’s crypto inner circle as a scammer and conman.

Many knew that the money throwing incident was a huge publicity stunt for him for his FCC (FileCash Coin) project.

A crypto insider associated with a local fund said:

“This guy is trying to go full on for one last scam. If crypto market is healthy, no need to pull a stunt like this”.

His Facebook group, Epoch Cryptocurrency, is also a place he advertises his shady dealings. He has been trying to shill his mining computers for HK$27,500. However, talking to the local miners here, his machines definitely do not work as advertised and have exaggerated specifications.

*UPDATE* A local news outlet has also uncovered that this is not Wong’s first run in with the law. Back when he was just 18 and working as a swimming instructor, Wong was sentenced to 160 hours of community service in 2012 for theft of a mobile phone at a public swimming pool. There were also rumours about a separate incident where he could be involved in a case where a third party disappeared with funds meant for a purported swimming meet competition.

Additionally, in June of this year, he took over the shares of a company called Coin’s Group Limited (幣少集團有限公司) from a mysterious “Mr. Lau”. This “Mr. Lau” is said to be a director of many firms and one of them was implicated in a London gold trading scam this year.

The scam involved using attractive young women to flaunt luxury items like handbags, watches, and cars on various social media sites. The goal was to lure victims into investing in gold, with promises of high returns. At least 33 people fell victim to scam, and over $26 million was taken from them.

As the next Carlos Matos, Trevon James, etc., Wong Ching Kit is someone that gives crypto a bad name. With the bear market continuing, publicity stunts like this only creates more resentment from the public and backlash from those he has scammed. If something is too good to be true, like money falling from the sky, one should stay far far away.