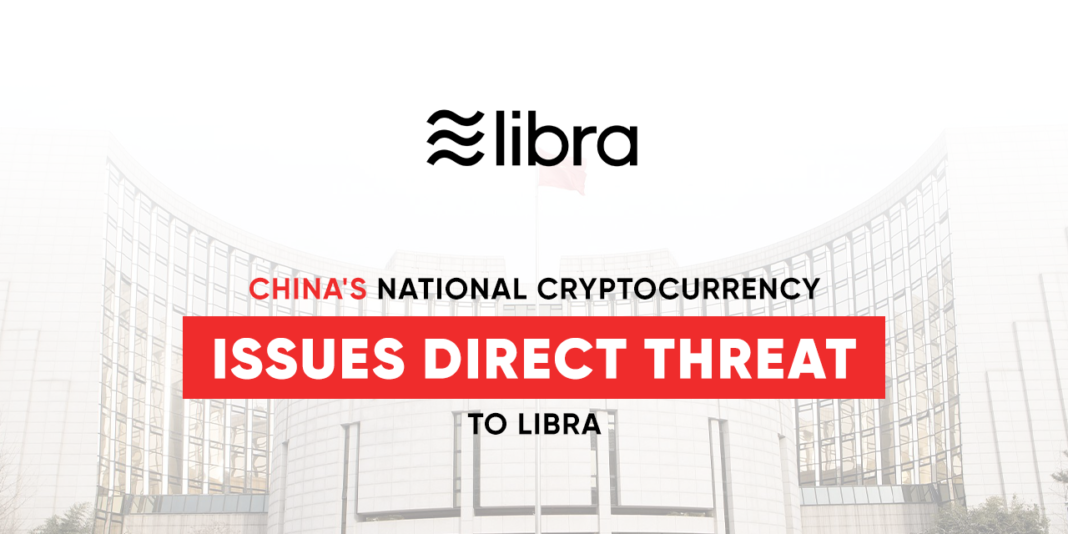 China’s national cryptocurrency is going to be technically better than Facebook’s Libra, the projects new head Changchun Mu has claimed.

The People’s Bank of China (PBoC) has made big news in the industry as their national cryptocurrency for China comes ever closer, with various reports coming out about the implications and makeup of the project, which is being made in a secret location.

Mu, who used to be deputy director of the payments and settlement division at the People’s Bank of China (PBoC) has seen a rise in job status. Mu has taken over the digital currency project from Yao Qian and certainly has big plans and aspirations for the project.

Shanghai Securities News, a local Chinese news outlet has published Mu’s comments regarding the incoming token, with the leader giving more details about the project and pitting it against Facebook’s Libra.

In terms of the outlook for the project, Mu claimed: “Its functional attributes are exactly the same as paper money, but it is just a digital form.” Different reports on the currency have claimed it will not have the general characteristics of an atypical cryptocurrency. No blockchain technology and a centralized two-tier system.

This two-tier system means that local banks outside of the PBoC will have to buy the token from them and according to Mu, this will be at a 100% rate. Yet, users will be able to use the currency even without a bank account.

As many have suggested, the move from the PBoC, China’s central bank, is in retaliation to Libra’s arrival. Zhou Xiaochuan, the former PBoC governor said, “Libra has introduced a concept that will impact the traditional cross-border business and payment system.”

Mu appeared to add weight to this idea of a fear of missing out. He claimed the project’s creation was to “plan ahead” to prohibit the potential of Libra muscling in on China’s monetary fields. Yet Mu went one step further, claiming that the cryptocurrency was not just a protection against Libra, rather it would outdo the currency in many ways.

Pointing to the technical aspects, Mu said the ease of transferring funds was a stand out feature. This is because the digital Yuan can be moved without internet or mobile connection due to near-field communication (NFC) technology. Phones just have to make physical contact and funds can be transferred something Mu said, “Even Libra can’t do.”

That being said, Mu and the PBoC are fearful of the impact of Libra. Mu told Bloomberg that Libra must be under regulatory control. I’m sure Mu will be hoping that the PBoC currency will be so great that Libra will not even seem tempting for Chinese citizens.