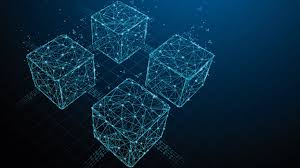 China’s Ministry of Education has approved the creation of the nation’s first blockchain undergraduate degree it has been revealed this week.

The Chengdu University of Information Technology was the institution that had applied for the new course which will be titled “Chain Engineering”.

The course according to reports will have a look at the basics of blockchain. Then implementation, design and project management are just a few of the other elements involved in the course.

The creation of the course coincides with increasing acceptance and promotion of blockchain across China. Leader of the nation Xi Jinping approved the blockchain shift last year, saying it was an area the country should be exploring.

Clearly, the nation has listened to the leader. The majority of the blockchain startups in the world are from China. Not only that but many provinces across the nation are also turning to blockchain.

More recently, Shangdong Province announced that it will start the emergency construction of a number of provincial key laboratories, two involving blockchain. It is thought that the labs are being made with Coronavirus concerns in the background.

“Demand is exceeding supply, so we are seeing shortages. It is up there with the cloud and artificial intelligence as a really hot area”, added Cuomo.

Clearly the demand is there and now the next generation needs to fill those roles. Let’s hope that Chengdu can add more talented blockchain engineers to the industry.