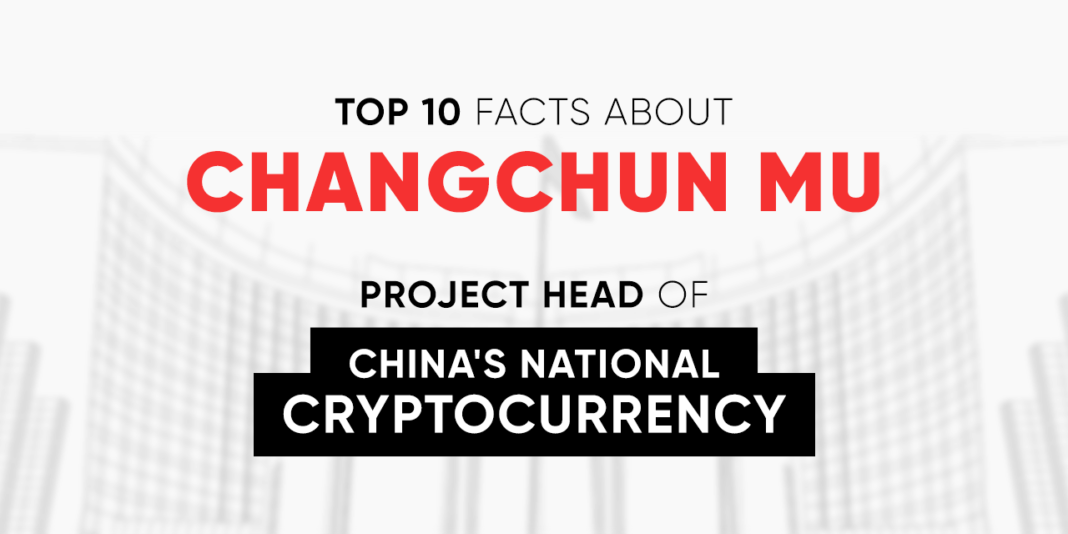 Changchun Mu has been thrust into the limelight and under global public scrutiny now he is the head of China’s national cryptocurrency project.

Born in December 1973, he has worked his way up the People’s Bank of China (PBoC) and into the position of leading Chin’s future financial plans and holds an important role, especially when considering China’s leader, Xi Jingping’s recent blockchain comments.

Clearly, Mu is someone you need to know to understand the Chinse situation. So we compiled a top 10 facts about Changchun Mu:

He studied in China and Australia

In 2006, Mu returned to the People’s Bank of China where he was absorbed in the International Department. He stayed in the General Office for seven years, from 2010 to 2017. During this time, in 2015, Mu became the second in command in PBoC’s General Office.

In 2016, during PBoC’s third plenary session of the Youth Federation, Mu was among those who were added to the Standing Committee which is under PBoC’s First Committee.

Mu’s rise within the PBoC

Judging by his public speeches and time spent in Australia, Mu has both general and deeper understanding of both worlds – Chinese and English. This could help him become the figure of the national cryptocurrency.

With his strong financial background, Mu commands respect in the corporate world. For example, quoting comments from several financial firms concerning the Digital Money Institute which is under the People’s Bank of China, Shanghai Securities Daily noted that Mu’s appointment as the director brings hope that the Chinese national cryptocurrency will make an official appearance in the near future.

To him, Libra isn’t a foreign concept

Mu noted Facebook’s Libra is not to be underestimated since it will erode the Chinese renminbi in the long run if China does not act accordingly. Clearly, he is a real believer in crypto’s power and the global tussle in the digital economy between the US and China.

He brings hope to blockchain and cryptocurrency enthusiasts

By sampling a few Weibo responses in regards to Mu’s capabilities, it’s evident the Chinese blockchain and crypto community looks forward to the change.

For example, a Weibo message read:

“As long as the government begins to reform, we should be optimistic about this government and Mu Changchun.”

“Recently, I am very glad to see that Mu Changchun, deputy director of the Payment and Settlement Department of the Central Bank of China, has opened the course of digital currency; the blockchain has further popularized and applied.”