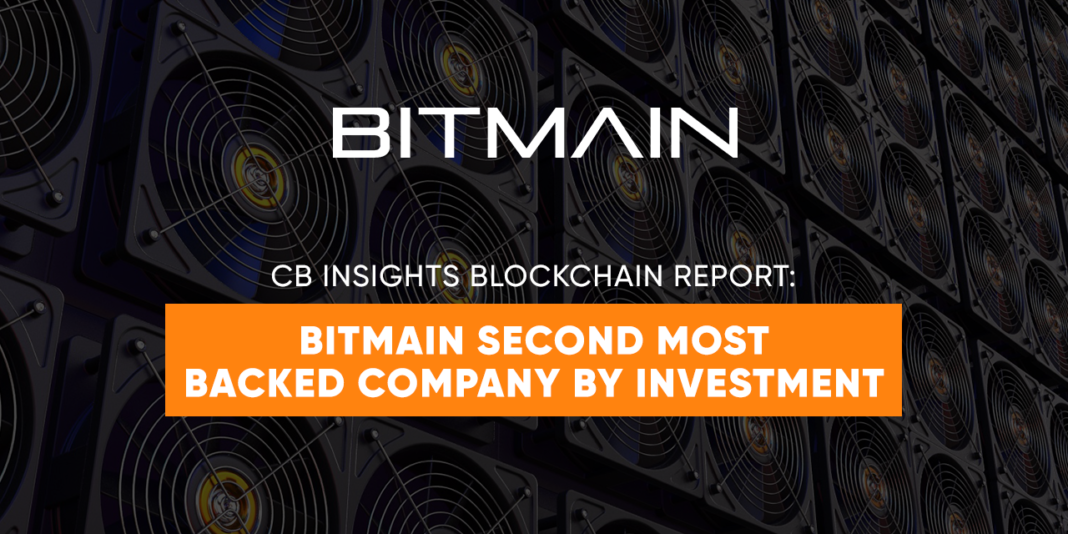 Venture capital research institution, CB Insights, has revealed that Bitmain is the second most backed blockchain company by investment. The “Blockchain Trends in Review 2019” assessed the current state of blockchain projects and investor trends. Notably, the Institute of Financial Technology of Renmin University of China worked on the core content of the data-oriented report.

Accordingly, the report looked at various aspects but equity investment trends stood out.  Trends in venture capital constantly change. This is because venture capital initially went toward exploring Bitcoin as a currency company. At the moment, more capital is going to the CIS economy and vertical sectors for financial services. Even so, investment could drop from the $4.1 billion invested in blockchain last year.

Regardless, this is still higher than the 2017 total investment. As such, the entire industry is still in a great place from years past. Startups are increasingly attracting traditional equity in traditional investments. The US has the highest percentage of equity financing with 40 percent with China second at 15 percent. The latter incidentally has some blockchain companies with the best funding worldwide.

Finally, in terms of geographic location, the US has 40 percent equity financing. This is followed by China (15 percent), the United Kingdom (8 percent), Singapore (4 percent) and South Korea (3 percent). It turns out that Asia is a hotbed of start-ups, and China has several of the most well-funded blockchain companies in the world.

The Case of Bitmain

Bitmain came second in investor funding with financing of US$450 million. The company has been operating since 2013 with headquarters in Beijing, China. Bitmain has a reputation as the world’s largest designer of application-specific integrated circuit (ASIC) chips for bitcoin mining.

Recently, the company has been trying to list on the Hong Kong stock exchange.  The only company with funding better than Bitmain is Coinbase. With the resurgence in Bitcoin value, the firm’s leadership could embark again on IPO plans as investor interest seems to be up again.

Digital currency group, for instance, invested early in blockchain technology. This year alone, the firm has invested over $60 million in the blockchain sector. Similarly, Boost VC has invested over in over 50 different blockchain companies in the past five years. In China, blockchain investors are also making a splash with the likes of Febushi Capital making significant inroads in recent times.

That said, the era of mega venture capital investments is uncertain to continue going forward. This is especially because of the decline of the ICO era. At the moment, tokens and cryptocurrencies don’t excite investors as they did in 2017. Moreover, regulatory crackdowns in many jurisdictions will likely hamper this sector going forward.

Nonetheless, trading volumes in Bitcoin and Ethereum have had a resurgence in the past few months. In addition to that, the entry of corporate giants like Facebook will add new dynamism to this industry. The Libra coin, for instance, seeks to provide stable currency for customers worldwide that don’t have access to banking. The future of venture capital in blockchain could very well have a lifeline going forward. Startups have a reason to be optimistic about going forward.