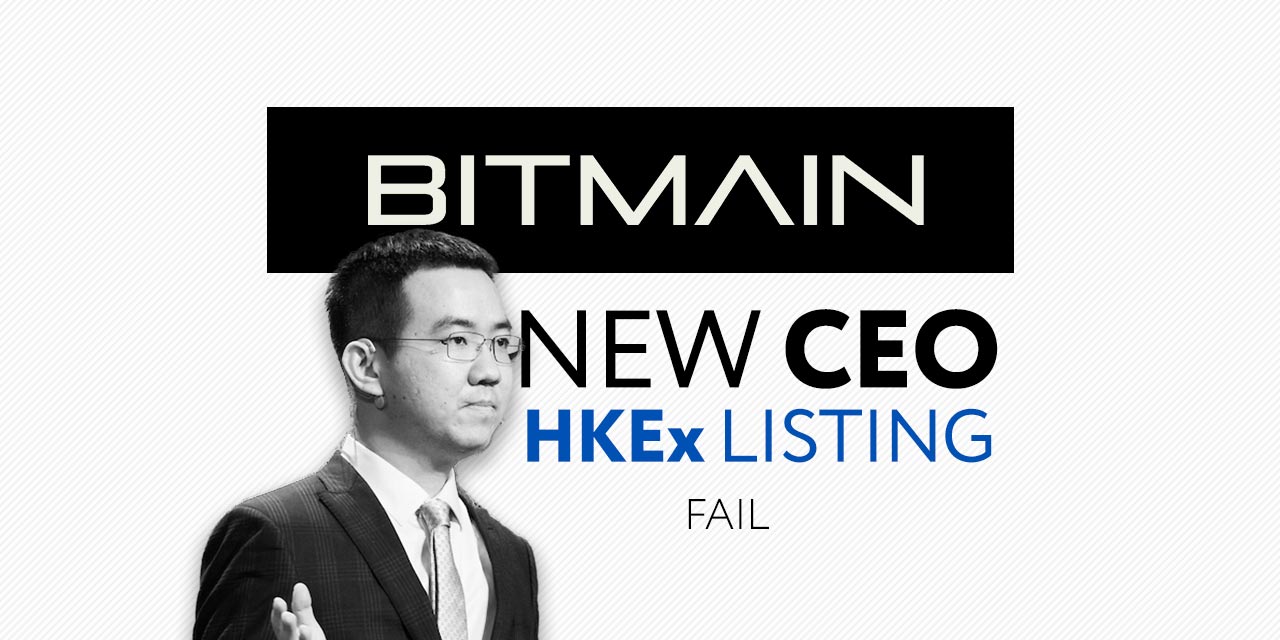 The world’s leading mining company, Bitmain Technology, has seen its IPO application on the Hong Kong stock exchange lapse, according to a report by Bloomberg.

Bitmain’s IPO was initially filed in September but it expired on Tuesday, according to the Hong Kong stock exchange’s website. The Beijing-based company was targeting to raise as much as $3 billion, Bloomberg News reported.

On Tuesday, the company released a statement on the website saying:

“We do recognize that despite the huge potential of the cryptocurrency and blockchain industry, it remains a relatively young industry which is proving its value…We hope regulatory authorities, media and the general public can be more inclusive to this young industry.”

The statement went on to say that it would reapply in the future at an appropriate time but not in the immediate future. Bitmain is the second crypto hardware firm to face hurdles in pursuing a listing in Hong Kong as a fall in the price of Bitcoin makes it more difficult for the industry to attract stock-market investors.

Bitmain has been in the news consistently but in recent times it has been negative rumors more than financial success. With talk of layoffs, closures and most prominently the internal issues which has seen co founders, Jihan Wu and Micree Zhan reportedly change positions within the company, with Wu rumored to be moving on to new ventures.

However, in the past few days, things have started to look up. News came out that Bitmain was planning to invest heavily into mining in China, with the total around $80 million and now the company has looked to clarify Bitmain’s internal personnel rumors.

The open letter named Haichao Wang as its new chief executive officer, while co-founders Micree Zhan and Jihan Wu will remain directors of the company. This has without a doubt added some clarity to the situation and this could be the resurgence Bitmain were looking for. The company is certainly hopeful, ending the statement with:

“We are full of confidence in the future! Let us work together to create greater glories!”