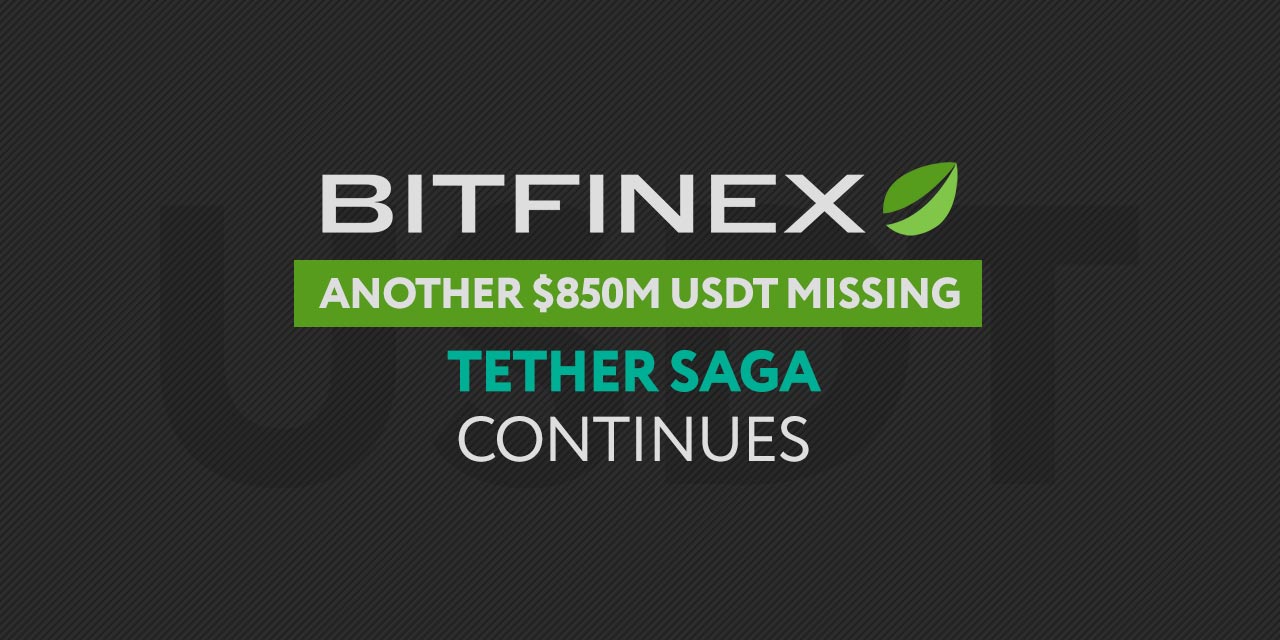 BitFinex, a virtual currency exchange, and the company behind USDT issuer, Tether Limited, may be in trouble after the NY Office of the Attorney General said it will sue the embattled parent company, iFinex. This time, instead of being accused of inflating the price of Bitcoin, the AG office claims the exchange is dabbling with Tether Funds and indirectly promoting crypto trading within its jurisdiction dubbing NY investors as a result.

NY AG said the funds were lost in mid-2018 but iFinex, BitFinex’s operator and the owner of Tether Ltd who is the issuer’s of the Tether stable coin, has been busy covering up the loss. This was revealed by Letitia James, an Attorney General (AG) in the New York AG’s office.

The AG has already acquired a court order restricting iFinex from crediting BitFinex accounts from funds from Tether’s accounts. The order also directs iFinex to surrender all documents and stop paying dividends. So far, the AG notes, Tether’s accounts have a deficit of $700 million. But BitFinex was not taking the case lightly and accused the AG of acting in “bad faith.” A statement posted on the cryptocurrency exchange’s website, claims that BitFinex has been cooperating with the AG’s office in the past.

The unearthing of the missing funds was as a result of an ongoing investigation into crypto exchanges. The investigation has revealed that cryptocurrency exchange users are at risk of being manipulated.

Tether Has Never Allowed An Audit

Tether Ltd has been adamant in allowing an audit into its reserves to confirm claims that its stable coin has a 1:1 backing against the USD. This has always cast a cloud of doubt as to whether these claims are valid.

Since its launch two years ago, the stable coin has been attracting investors who want to use a digital currency equivalent of the dollar. Its market valuation stands at $2.8B. Previous research into the interaction between Tether and Bitcoin indicates that only 20 percent of Bitcoin trading doesn’t involve Tether. Therefore, by them commanding 80 percent as a facilitator, it is dominant and hence a systemic risk.

As per the AG, BitFinex started walking on thin ice when it entrusted a Panamanian firm, Crypto Capital, to facilitate withdrawal requests. Initially, the exchange transferred $850 million to the firm. While the AG claims the firm stopped honoring its part of the deal months later and did not return the funds, BitFinex maintains that the funds were “seized and safeguarded [and] BitFinex and Tether are financially strong.”

Tether Distances Itself From The 1:1 Dollar Backing Claim

Whether it is a coincidence or not, Tether changed its terms on its website last month excluding previous claims that the stable coin has a 1:1 ratio with the U.S dollar. The wording of this part was changed to include that Tether is not only backed by fiat but also cash equivalents, among other things. The row ignited a panic mode in the cryptocurrency community. A Redditor lamented:

“I’m even more surprised that it’s still trading at a dollar, lol. Tether is as good as worthless if it cannot be changed back into money. And with what seems to be going on, there is a chance of exchanges delisting Tether altogether. Anyone holding on to tether will be like holding on to Bitconnect tokens.”