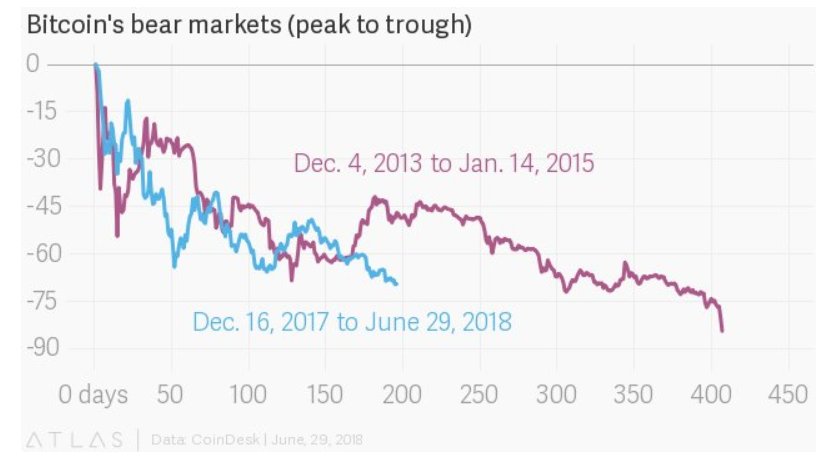 A Bitcoin price correction was inevitable. According to a chart which compared the average bitcoin price trend in 2014 and 2018 released by Quartz, bitcoins correction is significantly shorter than its correction in 2014. 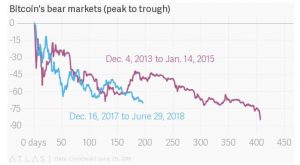 The worst bitcoin price correction in history was recorded when the bitcoin price dropped to over 70% in a 400-day period between December 4, 2013, to January 4, 2015. During the bitcoins rebound period to its initial support level, the mid-term deterioration of the bitcoin price was prolonged by a period of four months.

Bitcoin is experiencing a faster version of the correction of 2014 according to the BTC price trend of now and 2014. There have been similarities in their drops and timings which will further decline to be on track.

Arthur Hayes, the CEO of BitMEX said that there is a high possibility for bitcoin to experience over 80% correction and it bottoms out to over $3000 in an interview with CNBC Fast Trader. He believes that Bitcoin can reach over $40,000 by the end of 2018. Hayes believes an SEC-approved ETF might have the bottom climbing to over $50,000.

Due to the fact that the 2014 correction that bitcoin price correction came in a fast-forward manner, there is a high probability that the 2018 BTC correction will end faster considering the market condition and regulatory industries. Just as Hayes said an SEC-regulated market will lead to change in BTC and digital asset price to recover high demand and force.