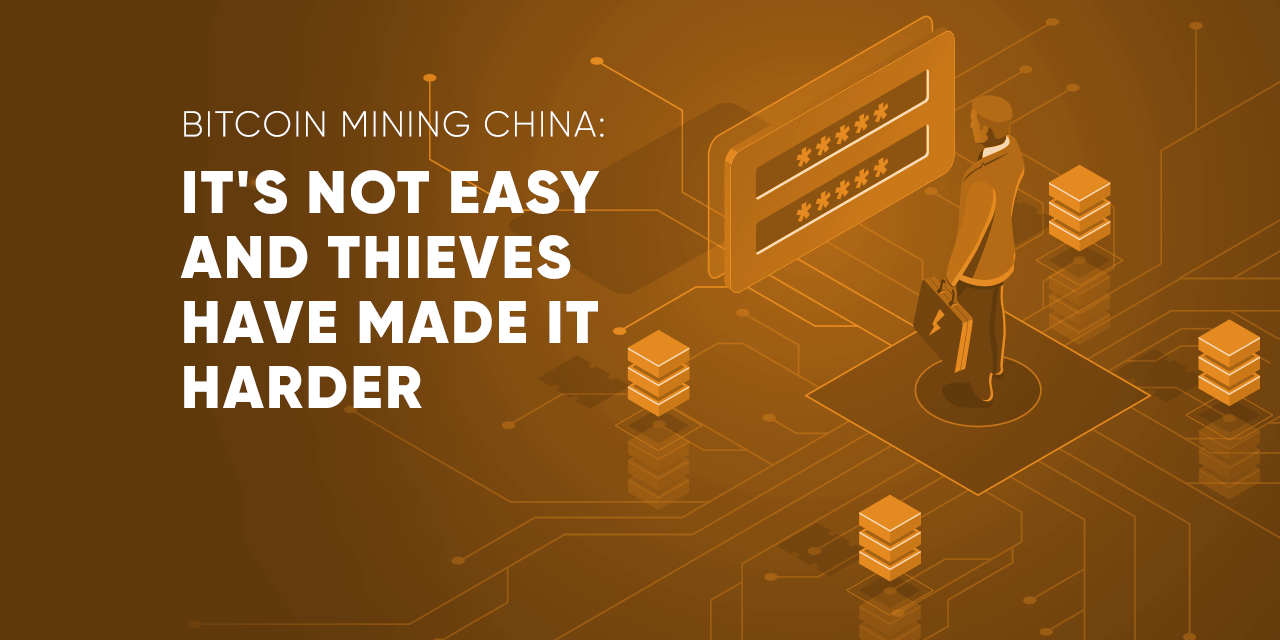 Mining. An extremely popular business in China. With around 70% of the mining population from the People’s Republic, it certainly appears to be an appealing job for many in the nation. Part of Bitcoin mining’s attraction comes from the idea that you can simply relax as the machine does the work for you. A profession where you could sleep and make money. However, according to reports, the industry is not easy to get into and the job is getting harder.

So what steps are needed to get into the business and how has the job got harder for the many Chinese and others around the world?

Getting into the mining industry

Although it may appear to some that mining is easy, you need to have an amount of money in order to initially get into the business. For the most popular mining machines, they usually cost around 3,000 Yuan or 436 US Dollars. Consuming around 33 Watts of energy, it usually takes at least 200 days to return on your investment.

“mining has become a high-cost, low-return, long-cycle , especially under the bear market, mining can not provide profit for miners, high electricity costs mean miners have to shut down to save money.”

It is the electrical cost which has prompted many to use underhanded and illegal tactics in order to get ahead and start making profits faster. With numerous stories cropping up about miners stealing electricity, it seems the problem is growing and having negative effects on the industry.

The electrical cost is so important. Miners in China have moved to Sichuan to get an edge during the wet season, others have traveled to Iran where electrical prices are low. Some Chinese students have even used their dormitory rooms and college libraries to mine Bitcoin.

Yet others have gone down the illegal route. In Daqing City, Heilongjiang Province, the police arrested a man who was stealing electricity from the Daqing Oil Production Area. The stolen electricity was used to power 20 mining machines, and the current forecast is about 50,000 yuan stolen.

Three women in May of this year were arrested in Tangshan for stealing electricity. After making a profit of over 6000 Yuan, they were arrested with this money confiscated. They were then sent to prison for four months and fined $ 10,000.

Unfortunately, these headlines and stories are not merely an anomaly. They are happening fairly regularly throughout China. Yet it is not just a Chinese problem. Iran and their national electricity company recently bemoaned the increasing usage of electricity. With Bitcoin miners even in mosques.

Mining Criminals have made it harder

The criminal activity has given miners a bad name and the negative consequences are being played out. China has looked to ban Bitcoin mining, although how well it will be enforced is debatable.

Russia, another country with a large crypto community, has said it will not ban Bitcoin but may ban mining. There have been various reports that miners will face fines for their actions. Although this has not yet been officially laid out by lawmakers.

Iran’s National Development and Reform Commission issued a draft opinion on the elimination of the virtual currency mining industry in April this year. The nation also made headlines as their electricity body called for an outright ban, due to a large increase in usage.

Concerns about the environment are probably the main factor behind the decision to ban mining in some nations. Yet, the stories around stealing of electricity can not help either. Let’s hope that these actions are halted so that mining is seen in a more positive light.