Blockchain has opened up a new battleground in the fiercely contested world of cloud computing. From the early days of the IBM and Microsoft clouds, to the modern-day Amazon and Google clouds, the industry titans have had their sights set on dominating this field. Now there’s another contender — Alibaba Cloud (Aliyun).

Aliyun has never made a secret of their ambitions in the world of Blockchain. Enigmatic chairman of Alibaba Group, Jack Ma, doesn’t exactly mince words when it comes to this subject — “Aliyun must have Blockchain” he said, “and no Blockchain would mean the end.” — Sounds dramatic, but it reflects the importance Aliyun attaches to Blockchain tech.

So, can Aliyun translate its already leading cloud computing position within China into a global domination of Blockchain and its implementation? This remains to be seen.

How is Blockchain deployed on the cloud?

Three main categories of cloud-based service exist: IaaS (Infrastructure), PaaS (Platform) and SaaS (Software). They provide scalable, dynamic virtual resources online and help deliver Internet services much more widely. You can think of cloud computing services in much the same way as a traditional utility provider, but where it differs is in convenience; updating and improving without the need for hardware changes (unlike traditional utilities). 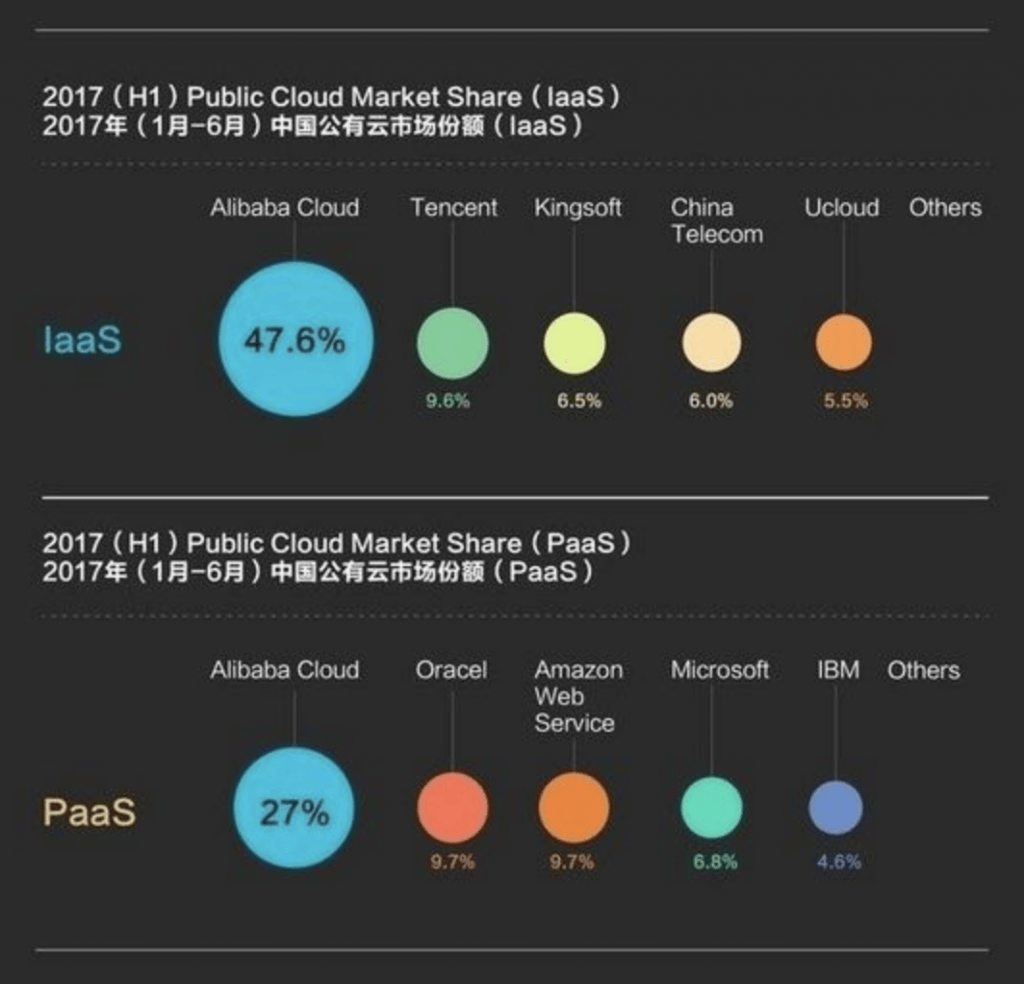 So where does the Blockchain fit in? Blockchain remedies traditional fears of tampering and hacking of the centralized business model through Secured Multi-Party Computing (SMC); a safer way to store and track all the relevant pieces of information. According to one Tsinghua professor in an interview with a Chinese website, this technology is what can solve issues surrounding cloud security.

After looking at many programs claiming they can successfully integrate Blockchain, our conclusion is that around 80% of them are doomed to fail. Take Dapp, for instance, a once hot ticket now gone cold, a former director, Li Yang, said that while the technology is there, it cannot make its breakthrough in such a short time. It seems the old centralized model will be a hard nut to crack. But Aliyun is already the industry leader in China, and Blockchain would apply neatly to many of the members of its own family — media outlets like Ali Pictures and Youku, for instance. Blockchain’s application in copyrighting in film and television has been proven effective. What’s more, Alibaba Group’s e-commerce platform is a hub of mega logistics — the perfect testing ground for Blockchain. And who better to put the tech to work?

In conclusion, the road to the “Top Dog” spot will be long and arduous. The latest data from Synergy puts Amazon in a clear lead globally; 34% AWS market share. Aliyun will have to leverage its position within the world’s largest national marketplace and use the strength of its existing diversity to pull it off. Furthermore, Alibaba Group’s size and resources should allow it not only to implement Blockchain across its own services, but to provide them to other companies too. It may take some time to fully take on the Silicon Valley giants, but we think Aliyun is well on its way.