This is an article that answers your curiosities on what ICO is and all it entails.

ICO, known as Initial Coin Offering, is the recently discovered manner of raising capital for every kinds of project through the sales of cryptocurrency. ICO is being used mainly by new crypto and fintech companies. These are the fundamental details about ICO that you should take note of. It is a non-regulated way of raising funds for new crypto and fintech companies, that is, the users of cryptocurrency. ICO is used by these start-ups in order to take an alternative route towards raising capital without having to go through the strict policy dictated process that is required by the capitalist organizations and banks.

The history of ICO began in 2013, the first one was held by ‘Mastercoin’, which is also a cryptocurrency.

In the year 2017, there were 235 ICOs, which is five times the improvement compared to 2016. And this elevated  over USD 3.7 billion, which is also an improvement compared to 2016 when it was USD 96 million. Currently (as of December 2017), the largest ICO is Filecoin ICO, a storage of information directory that is not centralized. Filecoin caused a rise in 2017 by USD 257 million.

How Does ICO Work?

An organization indicates its interest to conduct an ICO by the publication of a whitepaper. It contains the breakdown of the project, aims and objectives, cost of capital needed, time of ICO and other relevant details.  Based on these facts the investor needs to make the decision whether to participate or not.

An investor will get the cryptocurrency for the project in exchange for doing business with them, which is often called a token. The kind of token to be received depends on the kind of investment made. That is because tokens can be given to trade for other cryptocurrencies or for other legal tenders like USD, Euro, Yen and others.

ICO enables new companies and existing ones to acquire capital efficiently than when they sell shares or bonds. They acquire it easier than even getting loans. This is because the market is not yet dictated by strict government policies or under any strict principles, as well as also not having to deal with banks or venture capitalists. Though, there might be changes in regulations as the market grows and investing with an ICO might be more challenging than this. 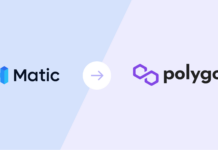 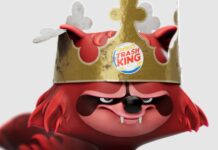