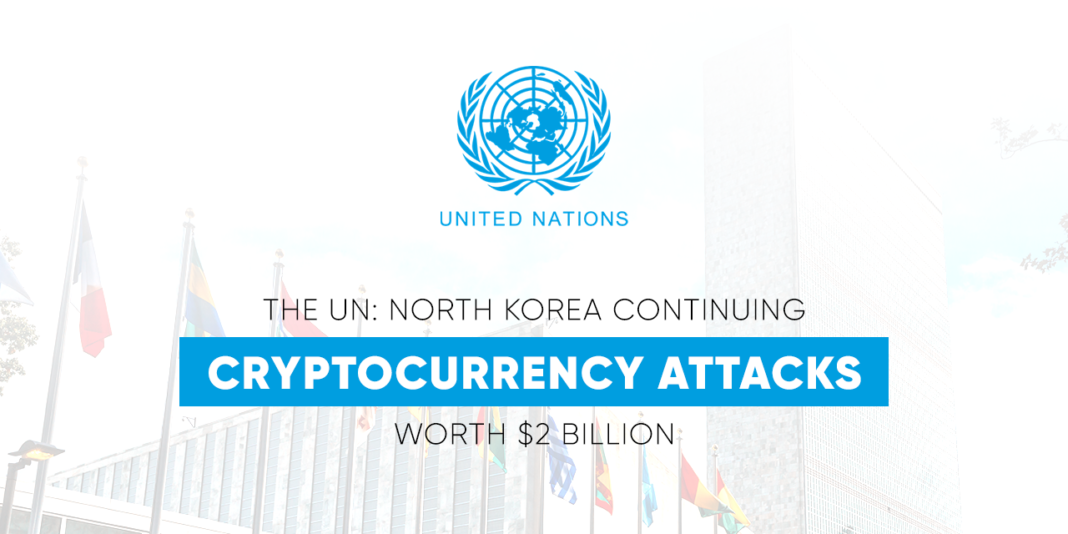 A UN report obtained by Reuters says that North Korea has made $2 billion from cyberattacks on Banks and cryptocurrency exchanges.

According to the report, North Korea’s hackers are using “widespread and increasingly sophisticated” methods to obtain funds for their nuclear weapons program.

The report was given to to the U.N. Security Council North Korea sanctions committee by independent experts after looking at the problem for the past six months. This piece of news has not been acknowledged by North Korea or its representatives to the UN.

North Korea is also reportedly using cryptocurrencies to launder their money alongside stealing from crypto exchanges, mining digital currencies and targeting banks. The nation, who has been restricted by economic sanctions since 2006, is very successful in these measures. The report said:

“(The) Democratic People’s Republic of Korea cyber actors, many operating under the direction of the Reconnaissance General Bureau, raise money for its WMD (weapons of mass destruction) programmes, with total proceeds to date estimated at up to two billion US dollars,”

The state-sponsored attacks are mounting up. The UN is investigating, “at least 35 reported instances of DPRK actors attacking financial institutions, cryptocurrency exchanges and mining activity designed to earn foreign currency.”

This is not the first time North Korea has been accused of these acts. Another UN report earlier this year claimed North Korea had acquired $571 million from similar attacks. Asia Crypto Today also reported on the North Korean hacking war at the start of the year.

The North Korean government has been crippled by sanctions since 2006. The sanctions called for a ban on all exports of various goods like coal, iron, lead, textiles and seafood, and capped imports of crude oil and refined petroleum products.

However, illegal acts are not the only way for North Korea to avoid sanctions. In April of this year, the nation held a blockchain and cryptocurrency conference in which a national cryptocurrency was discussed.

The national crypto route would be a viable option with other embattled nations taking this route. Iran made headlines last month when they announced a gold-backed cryptocurrency which they said would help combat economic sanctions. Venezuela is another country to go down this route.