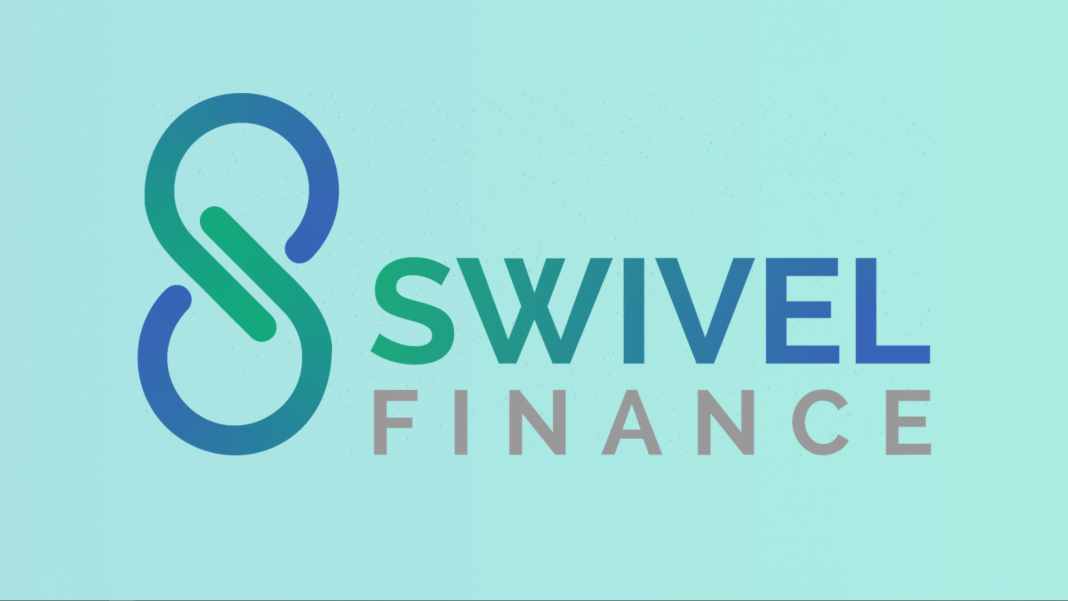 Swivel Finance is a decentralized protocol built on the Ethereum blockchain that enables fixed-rate lending and interest-rate derivatives, which allows users to lock-in fixed-rate interest rates on their Ethereum-based tokens in a less risky manner.

However, as many as they are, there still aren’t enough applications that cater for fixed lending rates or an interest driven derivative market.

Although dApps like Compound and Aave already allow those with enough assets to put them to use in the market, only investors wh ve higher tolerance rates for risks are likely to make use of these services.

Fortunately, Swivel Finance has developed a DeFi protocol that would enable a fixed rate of peer-peer loans plus access to a derivative interest-rate market.

The protocol would also allow users to hedge their funds against the volatile DeFi market while still giving them access to a derivatives interest market.

Swivel Finance was founded by Julian Traversa and William Hsieh.

Julian is an experienced entrepreneur with over 5 years of experience. He has also founded Nescience Software & Capital, a firm that was focused on the development of cryptocurrency portfolio management tools.

What is Swivel Finance?

The DefiHedge protocol provides an enabling environment for users to create a fixed lending agreement between users with an also fixed interest rate.

With this protocol, every user on the platform is able to interact with Swivel’s lending market to launch a fixed-side or floating-side interest-rate offer for any ERC-20 token that is offered by Compound. After this interaction, takers are able to accept or reject the offer terms. When the offer terms are accepted, the maker and taker funds are locked in on the platform till the agreed date.

Swivel Finance is quite different from its competitors in the sense that it does not aggregate its available capital into a fungible automated market maker (AMM) pool.

Rather, the DeFi protocol operates almost similarly with traditional exchanges by involving the usual market players in the sense of an offer maker and an offer taker.

Although this system does not offer a high rate of on-chain accessibility, it makes up for this by packing a myriad of advantages like requiring a very small amount of liquidity compared to its contemporaries. Furthermore, it also exponentially reduces order slippage and ensures it gets the market’s pricing right.

With that being said, despite the fund requiring a lesser amount of liquidity does not mean it isn’t necessary. Instead, it ensures liquidity by defining the available markets by a fixed period of time which could be a three month gap or even six months up to a year. This time limitation, more often than not, improves the experience of users while also ensuring a maximum number of activities in the market especially during that market period.

In this swap offer, users can place their offers above the market rate. In a traditional exchange, this kind of offer would translate to a limit sell order.

When the offer is placed below the market rate, the result is a market sell which tends to lock in the best available fixed rate.

A great example of this would be users who have a long-term investment in any asset backed by Ethereum. These sets of users may deduce that an asset offers more risks compared to an asset with a high-fixed rate.

Swivel Finance offers such users an opportunity to reduce such risks by hedging their funds through its fixed-side interest swap. In addition, the protocol allows them an opportunity to speculate on those fixed-rates. That way, a user can be able to gain more profit when it files a lower rate than they might have filed earlier.

In these swap-rate contracts, users with collaterals that can cover a fixed rate can place orders below the market rate which equates to a market buy for the lowest fixed side offers.

Users who are willing to take a higher personal risk on rates of the decentralized platforms are allowed by DefiHedge protocol to add to their investment portfolio while taking a leveraged position in a way that is very similar to the traditional rate swap system.

In order for Swivel to be able to provide a similar traditional exchange experience for its users, it implements an interface that operates an entirely off-chain orderbook.

The protocol is able to give messages that contain the lending agreement which are readable by humans using an EIP-712 signature.

The off-chain orderbook also allows users to be able to sign and submit their hashes off-chain which leads to an almost instant creation and cancellation of orders.

Future implementations of the off-chain orderbook would lead to numerous benefits for users since it provides more resilience and accessibility.

Swivel Finance is also going to provide another orderbook on the Ethereum Blockchain. Moreover, funds will be committed and returned when an order is created or cancelled.

When the funds get filled, they are then pooled and minted into cTokens as the agreement specifications are stored and recorded on the chain.

Anytime an order is accepted, the specifications guarding the order are immediately recorded on the ledgers.

The on-chain and off-chain orderbook each keep their own separate ledger that contains all of the agreements on whether they are active or inactive. Each agreement has a unique hash that makes it distinctive as  it  by its owner; they also tend to have a timestamp which shows the day of the agreement and other important details.

The token of the protocol would be distributed in a method which it would be able to serve the purpose intended for it by the founders, investors and users, without leaving out any key components that could affect the success of the project.

According to available information, the token would be distributed in this way:

When DefiHedge or Swivel Finance launches officially, it is going to offer 0% taker fees and negative maker fees.

The implementation of the negative maker fees would lead to healthy market behaviors, as well as improve market dynamics and user experience.

Swivel Finance with its DeFiHedge protocol is going to rewrite how decentralized Finance works.

The protocol provides the necessary access for the creation of a derivative market that is trustless and functioning. It also gives a traditional-looking orderbook exchange experience for its users to accept lending agreements, as well as arbitrate their interest rates.

The distribution of the tokens would guarantee that the Swivel Finance community are able to actively participate in activities that would drive the growth and development of the protocol.

It should also be added that the negative maker fees help in reducing slippage level and liquidity requirements of the ecosystem.