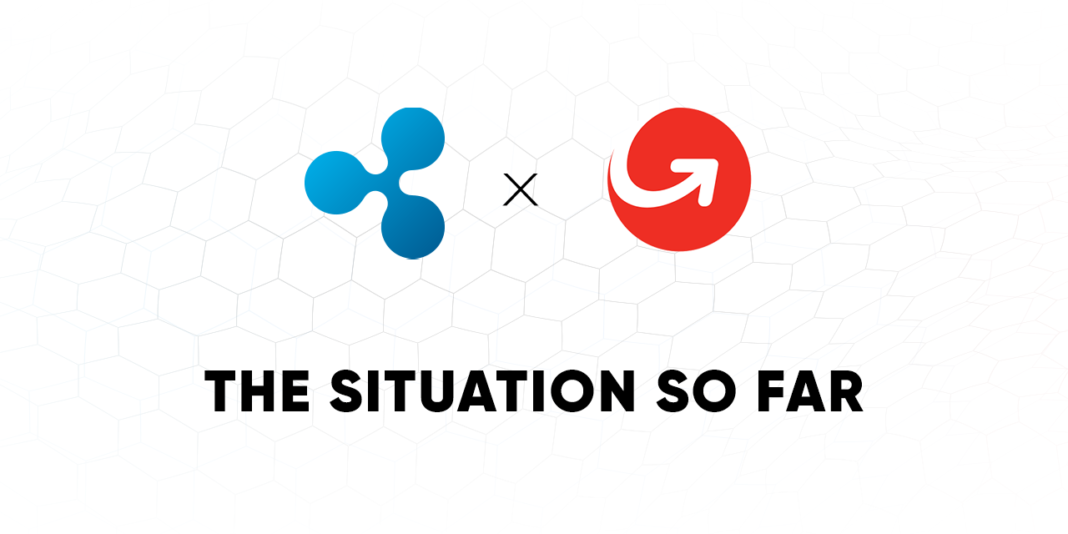 Rumors of a partnership between Ripple and MoneyGram, the 2nd largest money transfer firm, started spreading in January 2018. However, the deal was confirmed a little over a year later, on July 17, 2019.

According to Ripple, the strategic partnership would see MoneyGram use Ripple’s xRapid product that makes use of Ripple’s native coin, XRP, when settling cross-border payments.

At the time, MoneyGram’s CEO and Chairman, Alex Holmes, commented on the partnership saying:

“Through Ripple’s xRapid product, we will have the ability to instantly settle funds from US dollars to destination currencies on a 24/7 basis, which has the potential to revolutionize our operations and dramatically streamline our global liquidity management.”

But now that the excitement is over, what’s the situation so far? Has it helped MoneyGram to “greatly improve” its operations and efficiency as per Ripple’s CEO, Brad Garlinghouse, promises? Has XRP’s liquidity increased?

Has Ripple or MoneyGram benefited?

In MoneyGram’s second-quarter financial report released on August 2nd, 2019, there were no specifics regarding how Ripple has positively impacted its efficiency. Instead, the money transfer giant painted a general forward-looking image.

On its third-quarter financial report released on November 1, MoneyGram is seemingly making profits from the partnership.

In the report, Holmes noted:

“Our third-quarter results reflect the continued transformation of our business as we increasingly focus on customer experience improvements, cross-border digital growth, and industry-leading innovation through our strategic partnership with Ripple.”

Is XRP’s liquidity on the rise?

Well, in some markets, the liquidity of XRP is on the rise. For instance, after Garlinghouse announced in August that MoneyGram would employ XRP when processing Philippine peso and Mexican peso pairings, the liquidity of XRP in Mexico is on the rise. This is evidenced by the increase in volume in the XRP/Mexican peso (XRP/MXN) pairing on major Mexican crypto exchanges like Bitso.”

“Since the partnership with MoneyGram, the XRP in Bitso (Mexico) has been steadily growing. This implies the increase in xRapid payment volume. It will also attract more market makers to the market and let them buy XRP.”

However, more about the partnership will likely be discussed in this year’s Ripple-sponsored Swell event that will be held in Singapore from November 7 – 8. During the event, Holmes and Garlinghouse will dwell on the topic: “From Zero to Global: Instant payments Using Digital Assets.”