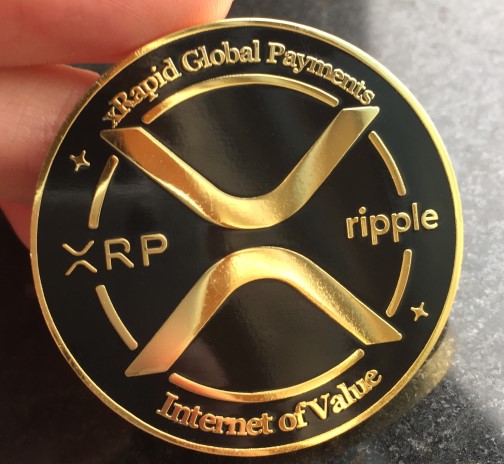 Ripple Labs co-founder and ex-executive Jed McCaleb has been dumping his XRP fortune throughout April, which could have suppressed the digital currency’s market price.

What’s even more troubling to XRP holders is that McCaleb has little to no incentive to aid the advancement of Ripple’s project. Quite the opposite, actually.

Ripple VS Stellar (XRP VS XLM)

Despite having separated himself from Ripple Labs, the Stellar founder still continues to receive millions of XRP every month as per agreement. McCaleb roughly owned around seven billion XRP, which is worth above $1.5 billion today.

Apparently, he is notorious for selling huge chunks of XRP, although nobody knows exactly how much. His actions have sparked controversies within the crypto space, considering that he is the co-founder and CTO of Stellar — Ripple’s main rival.

Despite being an XRP bagholder, he has very little incentive to help the Ripple ecosystem. If Ripple and XRP are hurt, then Stellar and XLM will benefit from their rivals’ loss. And McCaleb has a big stake in Stellar’s future.

This places Ripple at a delicate position, having a competitor hold influence in their asset’s market value.

It appears that one of McCaleb’s wallet address has been receiving an average of 1.8 million XRP daily in April, cumulatively 51,215,405 XRP, worth $10.75 million. In other words, he has been selling about $400,000 worth of tokens daily. This begs the question, what is he planning to buy that requires him to sell this much?

A natural presumption would be that he wants nothing to do with his rival’s project and wants to dump XRP as fast as possible. But McCaleb has denied this, stating that he has no desire to hurt other crypto companies and is selling his holdings slowly enough to not shock the market.

This is obviously not the first time McCaleb sold massive amounts of XRP. The Ripple co-founder had sold more than a billion XRP between 2014 and 2019. Furthermore, he still has about 4.7 billion of the digital asset.

Other Crypto Founders With Massive Holdings

Several founders hold massive amounts of their crypto, besides McCaleb. Could they be considered ticking time bombs? Or will they wait out decades until their cryptocurrencies become the standard?

Lubin is one of the founders of Ethereum, who holds a large amount of Ether, probably 20-100x that of Vitalik. His estimated crypto holdings are worth somewhere between $1 to $5 billion. Depending on the exact value he holds, he could potentially manipulate the Ether market to his favor, if he wants to.

CZ’s net worth is estimated to be at $2.6 billion, but nobody knows exactly how much of that is in crypto, let alone in BNB. Still, with all of the acquisitions Binance has garnered in the crypto space, they hold a lot of influence in the market, especially that they now own CoinMarketCap.

The Bitcoin creator is estimated to have possessed one million BTC, worth $8.9 billion in today’s market rate. However, he might have already spent some or even most of them.