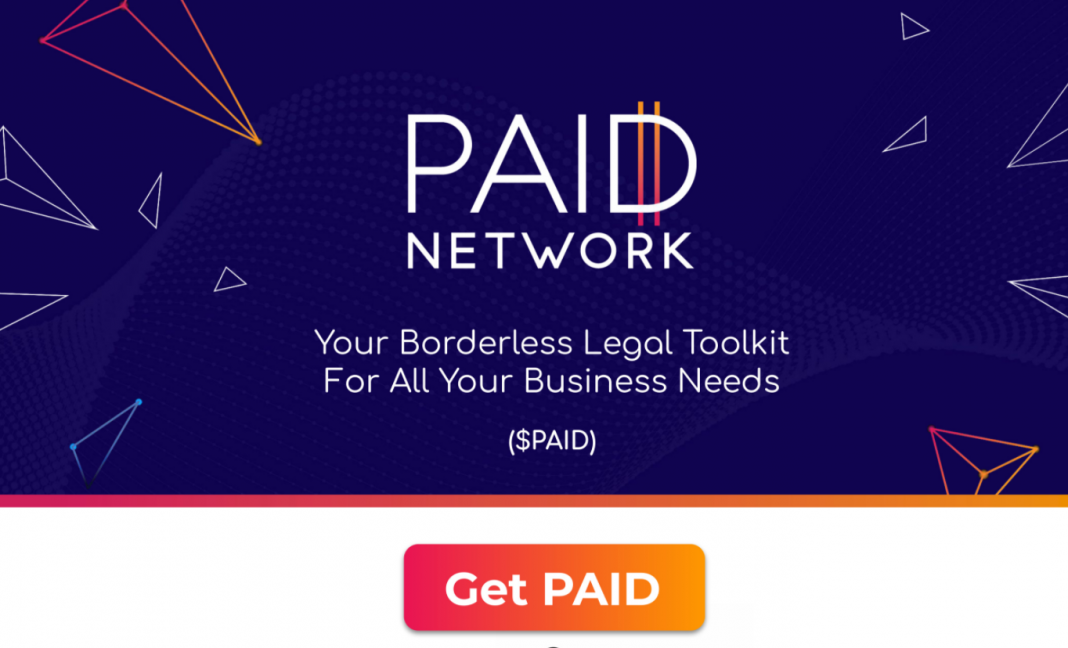 PAID Network is a DeFi project that is looking to use the advancements made in blockchain to provide users with an opportunity to make their own “SMART Agreements and policies.”

The current legal system comes with many challenges that can drag on for a very long time. It can also be very complex to use and, at the same time, quite costly. On top of that, the coronavirus pandemic has made face-to-face human interactions almost impossible, which has resulted in a backlog of civil cases that could easily be handled using blockchain.

PAID Network is here to solve these problems by offering a platform where users can resolve civil legal matters using DeFi tools and extend the already broad list of blockchain use cases into the legal industry.

PAID Network is headed by Kyle Chasse, who is a veteran in the cryptocurrency/blockchain industry. Since his first foray into the industry in 2012, he has founded and funded several projects.

One of his initiatives, Master Ventures, has served in an advisory capacity for several blockchain projects like UBANX, Elrond, and a host of other Tier 1 projects.

On his team is Rogelio Morrel, who acts as the CTO, Dane Hay is the CBDO, and Marta Vitvitska works as the firm’s COO.

Other team members include Gabriel Martinez, Luis Sanchez, Ruben Guevara, and many other professionals.

What is PAID Network?

When people think of blockchain and decentralized finance (DeFi) applications, their thoughts tend to wander only to the financial sector. The inherent belief is that blockchain and DeFi can only disrupt the financial industry. Dapps like PAID aim to change this line of thought.

PAID Network is a DeFi project that is looking to use the advancements made in blockchain to provide users with an opportunity to make their own “SMART Agreements and policies.”

There is no denying that the current legal system can be expensive, time-consuming, and above all, very complicated to understand for the average layman. It is probably why many people are reluctant to carry out international transactions as the legal systems across the different countries can be a stumbling block.

The network reinvents the, hitherto, manual civil legal system and brings it up to par with the modern digital world by providing an altogether new alternative to the ancient ways of pursuing legal systems in business. Through this new network, users would have the enviable opportunity to carry out business with anybody regardless of location.

PAID provides its users with a new set of DeFi tools, including staking, escrow, and insurance. These tools support the network to allow its users to complete their business agreement from the very beginning to the end while using this platform.

The network would also be making use of its tools to give opportunities that many have believed were out of reach and only belonged to the largest institutions in the world. Users would be able to invest and participate in such profitable business ventures while depending on the PAID Network.

Pursuing settlements and agreements in this system comes with a level of ease, comfort, and simplicity that drives the old way into the bin. As we stated earlier, the network utilizes both blockchain and DeFi to remove all of the deficiencies and high inefficiency levels that bugs the international legal system. Users can go after every agreement and settlement with a certain level of new confidence that the system is geared towards helping them gain and not lose out.

To maintain the trust of its investors, the network also seeks to create funding through a Decentralized Autonomous Initial Coin Offering (DAICO). This means that displeased investors who are not happy with the progress being made by the platform can, at any time, request a refund of their initial investments.

When PAID was developed, its creators intended to run the network exclusively on Polkadot due to its ability to ensure a more scalable, interoperable, and secure network. They believed that Polkadot appears to be the most capable platform to handle the number of demands and works that would come with Web 3.0.

While this played a significant role in their thought, they also knew that Ethereum’s network offers them a developer and user base that appears very reluctant to try out a new system. This base would instead remain with Ethereum regardless of the challenges or shortcomings the platform faces. The reason is simple for this, Ethereum has already been able to establish itself as the number one DeFi “smart contract” platform.

And knowing how cogent a developer base is to the overall success of the sector, the PAID developers want to allow this base to recreate something similar to DeFi; they want to enable developers to build Decentralized Laws (DeLa) too. So, how can they build for the future while also still catering to the reluctant base?

This is where the partnership with Plasm Network comes in as a game-changer that would allow PAID to access the best of both networks.

Plasm operates as a Layer 1 blockchain that brings the “old” Ethereum Smart Contract functionality to the “new” developmental and evolving Polkadot network. The platform provides a link between the two, ensuring that DApps like PAID can scale while having a wide array of functionality.

Plasm offers a level of opportunity that cannot be overlooked as it offers the best of both platforms. Ethereum developers can use the platform to either deploy their smart contracts on ETH or Polkadot with ease. This, in the long run, offers fast and high capacity transactions.

It also ensures that Ethereum developers and users who are a significant base to any project’s success can be catered for while still enjoying the flexibility and scalability that comes with using Polkadot.

Chainlink is one of the leading oracle solutions in the industry presently.

PAID has entered into a partnership with Chainlink, which would allow it to integrate a mathematical verifiable random outcome on its platform. In this case, Chainlink provides a random function that is verifiable on-chain. This is necessary for the overall success of the network as it entails dealing with sensitive legal matters. At the same time, the parties involved in every transaction would want to avoid any form of foul play, which can sour the network’s reputation.

As such, Chainlink VRF can mathematically verify every spontaneous decision on the platform and is open for everyone to see.

Every transaction on the network would be operated using these three simple features:

Upon receipt of the agreement, Mr. B would also manually fill in his details and sign the agreement, making it legally binding on both parties. PAID Network then provides each party with an escrow account that automatically disburses each party’s right asset in the transaction.

A dispute is routine in every human transaction. There would always be parties who either feel shortchanged or unhappy with how their agreements panned out on the system. In situations like this, every dispute goes into arbitration, which is presided over by a network of stakers. Here, three stakers are randomly selected by the network to preside on who should get what it pertains to the contract.

Enough evidence, including the agreement signed by both parties, is sent to the arbitrators, who vote based on the available information. The party who wins the arbitration gets to have access to whatever asset they might have agreed upon in the escrow account.

After every transaction is completed, each party involved in the transaction would be allowed to rate the reputation of themselves. The parties would take issues like the ease of doing business, trustworthiness, timeliness, and a lot more into consideration before scoring their partner.

These scores are open to the general public, who can use the score to determine if they want to transact with an individual or not.

The PAID Network uses the PAID utility token for several purposes. One such purpose is the use of the token for the purchase of agreements and subscription service fees.

Users of the platform will also use the token for the usual purpose of staking, lending, and insurance. It would also play a role in the platform’s reputation scoring and governance purpose.

Institutions like schools, financial houses, and many more are rapidly utilizing the advantages that come with blockchain and DeFi. The legal system, however, appears left out in the cold. This is where a platform like PAID Network helps the digitalization of the legal systems comes in.

PAID offers users an opportunity to carry out transactions in a trustless, secured, and enviable environment where every transacted asset is transparent. The network removes the entry barrier, thereby opening the legal system to everyone with access to a mobile device with internet. 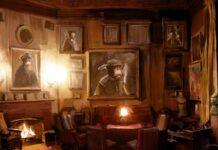 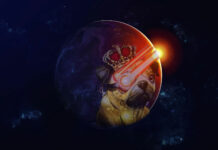 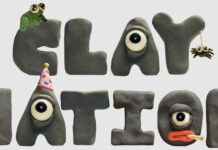