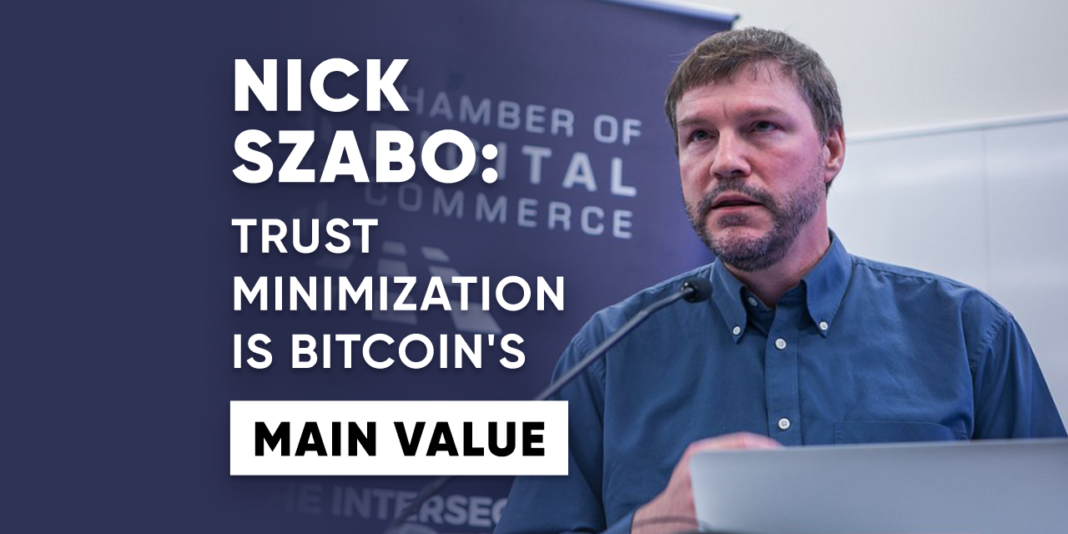 Nick Szabo, an accomplished coder, legal scholar, and a person claimed to be the genius behind Bitcoin in private circles, is protesting. Judicious and sometimes vocal, he is up in arms against what he terms as a rise of “multitudes and charlatans in the cryptocurrency and smart contracts space.” He has an issue with these individuals, taking to Twitter, and explaining that they lack cypherpunk sensibilities and simultaneously hate cypherpunk values. The core is trust minimization, which Nick says is Bitcoin’s main value proposition.

Szabo is a blockchain and a cryptocurrency savant. He also adheres to Cypherpunk values. In their manifesto, the group-whose history can be traced to a mailing list created in the early 1990s, insists that privacy is necessary for an open society to thrive. To the Cypherpunks, privacy is not secrecy, and that the former allows one to be selective. For complete privacy, Eric Hughes, the author of the Cypherpunk manifesto says, anonymous systems must exist to facilitate private transactions. Part of this means writing code for network building while deploring regulations around cryptography as the act of creating these systems are in nature, private acts.

By understanding their motivations and seeing how cypherpunk was integral to the development of blockchain and smart contracts that later underpinned Bitcoin and even Ethereum, Nick’s position is understandable. In his view, he insists that Blockchain applications must be trust minimized, and not be trustless, because the universe in its form is free from human bias. However, there exist means of reducing the bias of things made by people, and that alone is an “immensely valuable and powerful methodology of trust minimization.”

He cites an example from the Nakamoto Institute of how trustless network operates:

According to Szabo, complete decentralization is the only key to trust minimization. Through this, a network will be immutable, censorship-resistant to global financial and monetary sovereignty. On it he says:

“Decentralization is only a means towards the key to blockchain value, trust minimization, which brings a host of benefits: immutability, censorship resistance, global seamlessness, monetary and financial sovereignty. Other kinds of decentralization are security theater.”