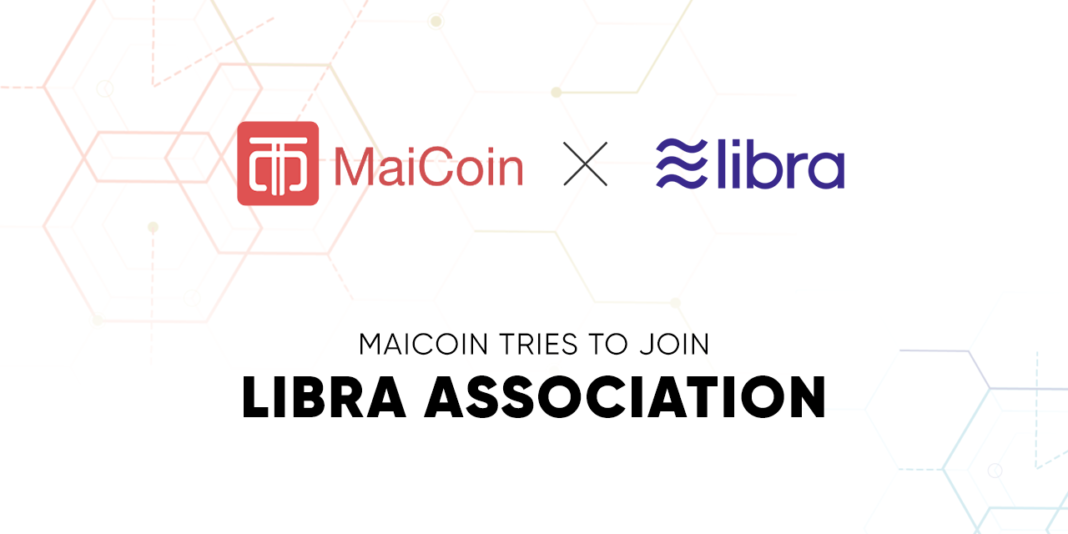 Maicoin, a Taiwanese crypto exchange, will seek to gain Facebook’s approval for membership of the Libra association, as reported by  Taipei Times on August 21.

Facebook’s Libra coin announcement is certainly one of the defining technology stories of 2019. The potential entrance of the most efficient and controversial marketing platforms into cryptocurrency took many by surprise. This was certainly a milestone. Investors and analysts alike went into overdrive trying to speculate the scope and potential of this coin.

Maicoin will seek to join the nonprofit responsible for developing Facebook’s long-awaited stablecoin, Libra.  Maicoin’s intention is to operate a node on the blockchain-based network. The role of this node is essentially to validate and record transactions on the Libra blockchain.

Alex Liu, CEO of Maicoin CEO is optimistic on the possibility of being part of Libra coin’s development:

“When we reached Facebook and discussed getting involved in the project, Facebook told us that it is looking for partners around the world that not only have high technical skills to protect the node, but also are confident of building a local user base of more than 20 million people.”

Challenges and Opportunities Ahead

The progress toward such collaboration will certainly not be completely obstacle-free. On a positive note, Maicoin will not require approval from local regulators to join the Libra association. However, a lot of challenges will come from scrutiny on the Libra Association.

This is because the US Securities and Exchange Commission (SEC) is increasingly hawkish on cryptocurrencies. Further, the social media giant will have its work cut out in convincing regulators that it will respect user privacy following the fallout from recent high-profile customer data privacy breaches.

At the moment, Facebook is already looking at increasing its bite in the Asian market through affiliated projects. For example, Facebook’s subsidiary WhatsApp is in talks with fintech companies and a state-owned bank to launch digital payment services in Indonesia.

Libra coin can have immense reach globally. Facebook already has billions of customers including users of Instagram and WhatsApp. Libra can greatly disrupt global finance. As a matter of fact, some analysts have even made the case for Libra being a new standard for monetary transfers between banks. At the moment, the SWIFT standard dominates cross border financial settlements.

Accordingly, the big names in finance, be it VISA, MasterCard and many more all sought partnerships to run nodes for this project. Maicoin is looking to have a part of this pie as well.

For now, Facebook intends to integrate its Calibra crypto wallet. This wallet will host the Libra stablecoin into WhatsApp and its other platforms. However, the wallet will only be available in select jurisdictions. This is because certain countries like India have actually banned all forms of cryptocurrency. This will affect hundreds of millions of Facebook users in the world’s largest democracy.

Regardless, Facebook still has a large enough market to go forward with its development plans. The cryptocurrency market is large and growing by the day. Understandably, many organizations within and outside this sector will continue to explore such alliances moving forward.