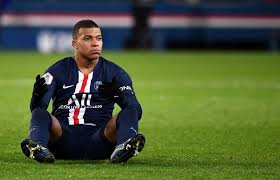 French World Cup winner Kylian Mbappé has become embroiled in a cryptocurrency scam after they used his name for advertising.

The PSG forward filed a complaint on March 31st to local authorities French newspaper L’Équipe said after the cryptocurrency acquisition scheme was being investigated by police.

The crypto company had claimed that Mbappé was the face of their campaign and used his quotes and pictures in various articles which promoted the brand. Mbappé was quoted as saying the company could bring millions in returns for investors, in just a few months.

One article was titled: “The latest Kylian Mbappé investment that put pressure on experts and scared big banks.”

This is not the first time Mbappé has been embroiled in crypto-related matters. Last April the Frenchman had his Twitter account hacked and tweets sent out promoting cryptocurrency scams.

French police released a statement on the matter attempting to explain how the scams work. “These pages are used to impersonate future victims, save your contact details, then an alleged vendor calls them to explain the procedure for investing, but there is never a product that is invested in,” a police spokesperson said.

In France, these types of scams have grown in popularity. In 2018, French police received over a thousand complaints about cryptocurrency scams, with the perpetrators taking 55.5 million euros. Similar scams have also gained popularity in the UK.

Another World Cup winner and football star, Ronaldinho Guacho, has also been involved in a reported cryptocurrency scam. The Brazilian who is currently in jail in Paraguay for travelling on a fake passport.

Many commentators have suggested that the only reason Ronaldinho was using the dubious travel document is due to his links to a Bitcoin scam in Brazil. The football star’s name, face and endorsement were used for the creation of the cryptocurrency investment company 18K Ronaldinho.

The company has since been investigated for being a Ponzi scheme. Ronaldinho’s lawyers were quick to deny any involvement, saying he ‘never authorized his name to be involved in operations with Bitcoins‘. The Paraguayan and 18k Ronaldinho investigations continue.

Other sports stars to have been inadvertently involved in cryptocurrency scams include former heavyweight champion, Mike Tyson. The Hangover star was forced to deny accusations of a working relationship with a suspected crypto scam, Fight to Fame.