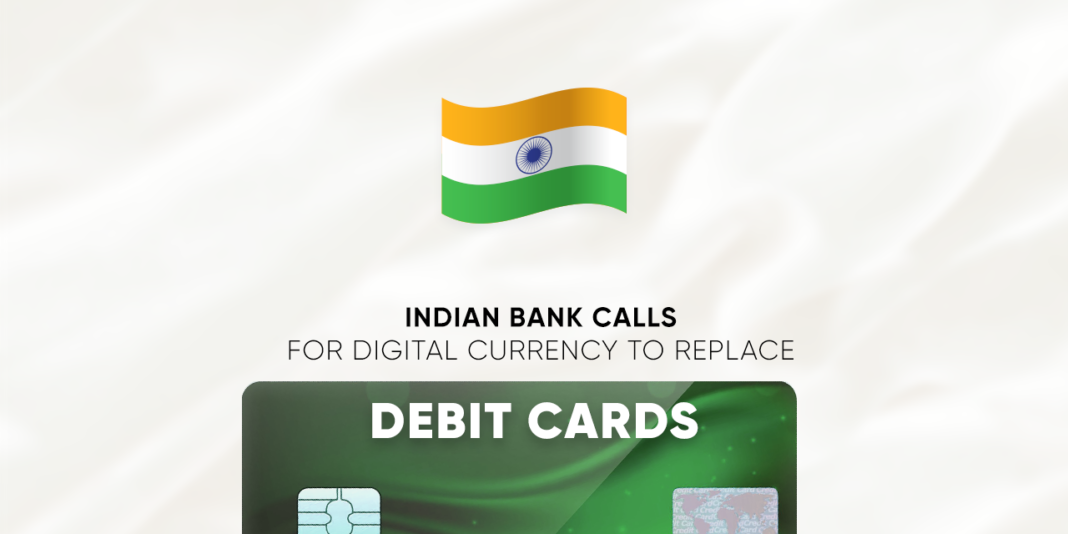 The State Bank of India (SBI), India’s largest lender servicing a fifth of the Indian population, has indicated plans to replace debit cards with digital currency.

Kumar stated that SBI will eliminate debit cards and replace them with digital solutions such as the Bank’s own Yono platform. Interestingly, the Yono platform will support cash withdrawals at cash points and purchases at various merchants without the use of physical cards.

According to Kumar, the Bank has already set up 68,000 ‘Yono cashpoints’ and intends to increase this to over 1 million in the next 18 months. In addition, the Yono platform can have credit functions- so it can be used as a credit card for purchases of certain items.

Additionally, Kumar hopes to reduce the need for physical bank-issued cards in the next 5 years.

Notably, this is not the first time SBI is finding solace in blockchain technology. Towards the end of 2017, the Bank announced that it would launch “blockchain-enabled smart contracts” which would be followed by blockchain-enabled KYC (Know-Your-Customer). However, the two blockchain-based products are part of BankChain, a group of 27 financial institutions using blockchain to streamline the banking sector.

At the time, SBI’s Head of Innovation, Sudin Baraokar, said:

“BankChain is a big move. It is getting all banks together and collaborating…We focused on solutions that the bank does not have…things like smart contracts, which is not regulatory heavy.”

“Smart contracts can be used for simple things like non-disclosure agreement…rather than signing forms. A lot to internal processes can be contracted. We do a lot of IT procurement, a lot of it can be implemented using blockchain.”

Surprisingly, the move by SBI to replace debit cards with digital currency comes at a time when India is seeking to criminalize virtual currency transactions within its borders. A draft bill by an interministerial committee suggested that crypto should be banned in the country. The bill will be tabled in parliament during the summer session.

However, the Internet and Mobile Association of India (IAMAI) went to Court last year challenging the Reserve Bank of India (RBI) and its decision to denying banking services for businesses that deal with cryptocurrencies. Unfortunately, the case before the Indian Supreme Court has not been decided on request by the Indian Government to postpone the case until it introduced a bill on cryptocurrency.