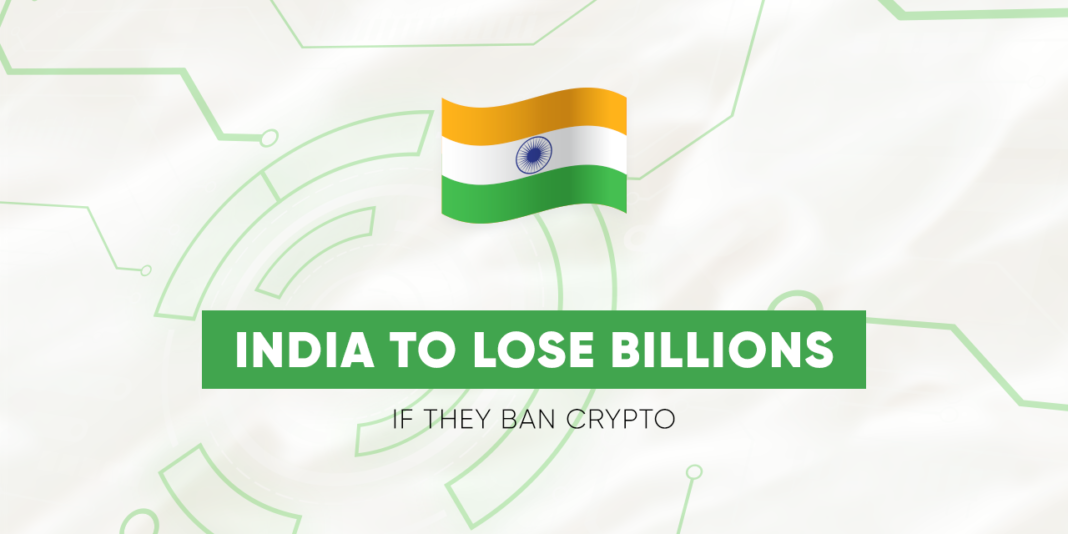 Unfortunately, by banning cryptocurrencies, the government in India may be running towards its own downfall in the name of avoiding it. Analysis has indicated that India will lose billions of dollars if the ban is enacted. According to the CEO of Crebaco Global, a crypto/blockchain research firm, Sidhart Sogani, India’s crypto ban will result in a loss of roughly 12.9 billion US dollars.

Relying on his company’s analytical tools, the CEO evaluated both sides of the spectrum; when crypto is legalized, and when it’s ruled illegal.

Therefore, for Sogani, India is likely to choose strong regulation over a total ban. An important point to note is that there is no directive on the implementation of the prohibition on 1.3 billion Indians.

Last month, an Indian inter-ministerial group recommended that the country should completely prohibit crypto transactions within its borders. Apart from paying fines, the group suggested a jail term of 10 years for violating the ban.

In its recommendation, the group said that it “recommends that all private cryptocurrencies, except any cryptocurrency which may be issued by the government, be banned in India.” Surprisingly, apart from a jail term not exceeding 10 years, the committee recommended that a repeat offense attracts a jail term of a minimum of 5 years with a possibility to extend above 10 years.

Fortunately, the recommendations are still being scrutinized by regulators in India. Consequently, the government hasn’t officially announced the existence of a ban or any plans to enact such a ban in the near future.

Sogani further noted that his company had engaged the working group, although their recommendations were not considered.

India to be locked out of blockchain-based syndicated loans