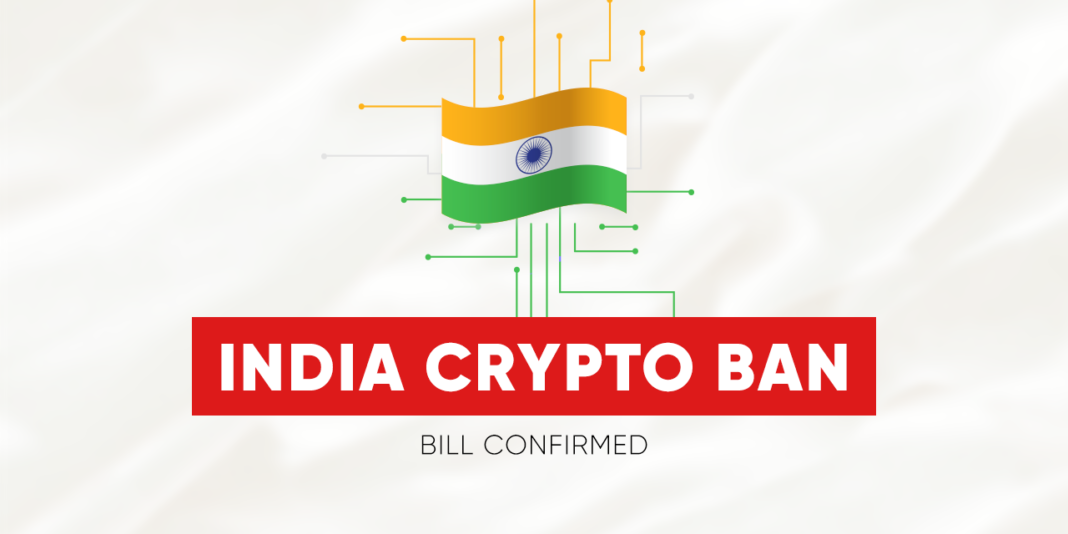 Rumors about the Indian government’s plan to ban cryptocurrencies have finally been confirmed. Earlier, speculations about the ban were based on a report by an inter-ministerial group.

Interestingly, although the group proposed a complete ban, they advocated for extensive use of blockchain; the technology that underpins virtual currencies such as Bitcoin. As it would be expected, the Indian crypto community wasn’t ready to have their freedom curtailed.

Unfortunately, during the preparation of the report, the inter-ministerial group reportedly ignored recommendations from the crypto community. For example, according to Sidhart Sogami, the CEO of a crypto research firm in India:

The group commenced its work at the beginning of this year and, from the outlook, it ignored some major developments in the sector since their first sitting. For instance, India, being part of the FATF group that develops regulations around cryptocurrencies, failed to adhere to the rules advocating for strong regulations instead of a blanket ban.

The economy will be badly hit

While the Indian government is focusing on the negative side of cryptocurrencies, the ban will negatively affect the country’s economy. For example, having missed the Internet revolution in the 1990s, the country is also bound to lose on a significant digital transformation.

According to Sogami, India will lose approximately 13 billion US dollars ($12.9). A recent report by Sogami’s firm traced the effects of the banking ban by the Reserve Bank of India (RBI) on crypto-based businesses such as cryptocurrency exchanges. The report unearthed that virtual currency exchanges that were driven out of India by the RBI ban generated revenue worth billions of dollars in 2018.

Apart from revenue generated by crypto exchanges, if the ban becomes active:

The report/draft bill by the inter-ministerial group will be introduced in parliament in the Winter session. Consequently, the case before the country’s supreme court and which was to be heard on August 14, has been pushed forward to January 2020.

Finance minister: “the report is well thought out.”

Unfortunately, by being backed by the country’s finance minister, Nirmala Sitharaman, the report has a higher chance of being adopted by parliament. According to Sitharaman, the report is “very futuristic and well thought out. …The committee [inter-ministerial group] has done extensive work on it … If I compare several other countries where this kind of study has been done on cryptocurrencies, we have done very well.”

Surprisingly, even as India seeks to flush out cryptocurrency activities, the country’s tax department is stalking crypto traders. According to a Twitter user, IndiaBits, the Indian tax authority is seeking to be furnished with cryptocurrency trading details from suspected crypto traders.

As per a document shared by IndiaBits, the tax authority seeks to know if a user has ever received Bitcoins in exchange of products or services outside India. Additionally, the taxman wants to know “the details of such transactions along with the details of the person making such payments and his wallet/blockchain public ID details.”