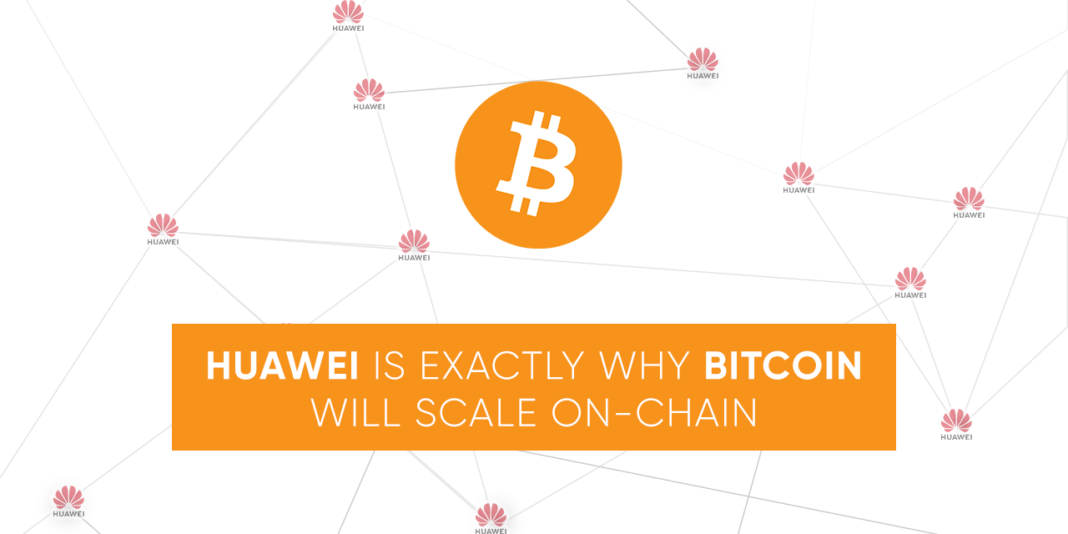 The US ban on Huawei and its 5G technology implementation is a reason why Bitcoin will scale on-chain. Bitcoin obviously faces the challenge of weakness in infrastructure to deal with high volume use. As the network became more popular in subsequent years, the challenge became very evident.

The solution to bandwidth problems has in part fueled the forks of Bitcoin into new coins like BCH. 5G technology is bringing 100 times the internet speeds to various parts of the world. This development can positively impact Bitcoin in many ways. Crypto exchanges, for instance, will be significantly faster. Accordingly, this will translate to better user experience and drawing more investors. Overall, accurate real-time account updates will be a great bonus.

Regardless, politics may get in the way of this. Huawei is certainly a world leader in implementing 5G and at a cheaper cost. The ban on Huawei products and equipment in the US will delay this adoption for at least a year.

This will mean that 5G expansion will be more expensive and slower across North America. That said, the possibilities of this tech are already clear to everyone.

The argument that Bitcoin can’t scale on-chain is less accentuated with this development. This is because the technology can now allow for speeds of up to 1.3-gigabit speeds a second.  Remarkably, this is even for cell-phones. The increase in Bitcoin popularity over the years meant that the network had to support significantly larger amounts of transactions a second. This is a weak point for DLT technologies.

For instance, Bitcoin can confirm between 3 and 7 transactions a second. With the intense mining activity, the transaction speeds simply can’t compete favorably. Accordingly, Bitcoin has had a ceiling on the ability to effectively scale up with fixed block limits. This has resulted in forks and development of smaller albeit more scalable transactions. This has made Bitcoin a tough proposition as a currency in the real world.

A network that improves on speeds by up to 100 times can obviously work wonders for blockchain technology. 5G networks can do a lot in a second. The speed of 800Gbps is staggering because you can download up to 33 High Definition films in half a second. This is obviously on the upper side but gives you a glimpse of what’s in store.

For Bitcoin users, the upgrade of transaction speeds to astronomical levels is a big deal. This means that community members can no longer be in the dark about consequential updates and transaction confirmations. Incidentally, such a fast network can allow the download of the entire Bitcoin blockchain in a matter of minutes.

In the grand scheme of things, 5G will revolutionize data, communication, and technology as a whole. The Internet of things ecosystem will benefit immensely from the superfast network.  The fact that Bitcoin is a part of the digital revolution means that it also stands to reap greatly.

Accordingly, this development is consequential and perfect timing. Bitcoin enthusiasts should look at 5G for scalability and probably not have to abandon the network. This is because the network has removed the ceiling on transaction confirmation that many feared would cripple Bitcoin. Therefore, there is a reason for optimism even with the hurdles Huawei currently faces in implementation.