Decentralized finance has risen to become one of the foremost active sectors in the crypto space. With the establishment of decentralized ecosystems with global network effects and interoperability, they have successfully penetrated the fintech industry. One very interesting  DeFi project is Ferrum Network.

Ferrum’s revolutionary technology brings networks together, for a consistently high-speed and low-cost transaction experience for each digital asset. It aims to overcome current problems in cryptocurrency usage in real-world finance applications.

Founder Naiem Yeganeh, along with Co-Founder and COO Ian Friend, laid the foundation to the Ferrum Network in 2018.

Distributed systems experts with over ten years of experience at the world’s biggest tech companies designed the platform. The main objective to build Ferrum was to deal with two major issues impeding the mainstream adoption of cryptocurrencies: slow transaction speeds and lack of interoperability between networks.

The vision of the platform is to provide users across the world access and control over their money. Thus, they intended to construct an incorporated ecosystem of fiat gateways, non-custodial wallets, DEX, and cold storage.

What is Ferrum Network?

One of the advanced features of the Ferrum Network that is not present in other DAGs like IOTA is that it allows the issuance of tokens backed its network or by an external network.

The  Ferrum Network, with the DAG model, continues to see huge amazing innovations in this space. This model seems to be effective and suitable for monetary applications as it requires no miners nor blocks. As a result, transactions are quicker and cheaper.

The Testnet is already interoperable with the Ethereum network, as well as Bitcoin’s and Ripple‘s.

Looking at their roadmap, it stretches from the start of 2018 until the end of 2020, a realistic overview that’s getting close to the public sale scheduled for Q3 this year.

The Ferrum Network ecosystem includes an OTC wallet, a cold-storage wallet, and a decentralized exchange all evolving around the FRM token. In addition, it also forecasts users depositing any asset into the network and creates a proxy token that is transacted and exchanged using their supported dApps, with users enjoying fiat gateway.

FRM, the native token of the Ferrum network, is based on the Ethereum blockchain. In order to increase transaction speed, users need to spend a few FRM tokens for each transaction as an anti-spamming measure. The token burns each time you spend.

The NYC counsel and Malta-based counsel are both producing memoranda concluding that the cryptocurrency is legally a utility token.

It might sound impossible to think of digital assets without blockchain technology. However, it is possible with the DAG model. Digital currencies like IOTA and Nano are designed using DAG technology as well.

DAG stands for “Directed Acyclic Graph”, alluding to its system architecture which looks like a graph. This technology presents a powerful shape for storing information and processing transactions online. 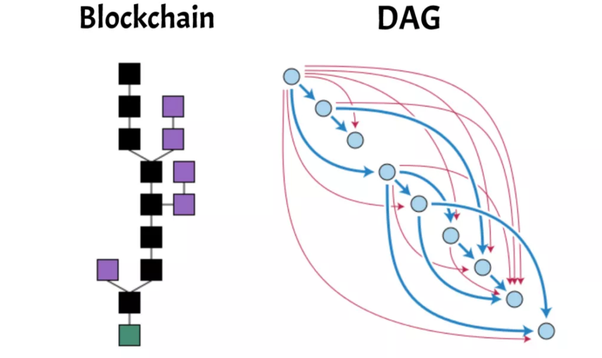 DAG technology operates differently when compared to blockchain. The transactions here are linked to each other, this refers that one transaction confirms the next and so on. Just like how blockchain gets its name from all its blocks being hashed, similarly, these links are where the term DAG came from.

With blockchain technology, one can track down any record stored in a ledger’s history, but their sequential structure is what significantly obstructs their transaction throughput. But, in DAG technology the data structure bears a resemblance to a flow chart where all points are headed in the same direction. DAG can be compared to a file directory structure where folders include subfolders that further branch into several other subfolders and so on. On the whole, it looks just like a tree structure.

Kudi Exchange, the Nigerian Based fiat gateway, operates on Ferrum Network technology. It is a free peer-to-peer local currency transaction. It provides seamless transactions to individuals and businesses using cryptocurrencies like Bitcoin, Ethereum, and local currencies.

Being powered by the Ferrum Network, the payments in the Kudi exchange are quick and less expensive compared to other exchanges.

Kudi Exchange enables direct utility and value to the Ferrum Network and is a source of users and revenue for both companies. As it is backed by Ferrum, users will be spending Ferrum Network tokens (FRM) for purchasing BTC/ETH, paying someone with the Kudi wallet, or executing any other transaction on the exchange.

With military-grade technology, one can have mobile cold-storage for digital assets using an offline Android phone.

UniFyre acts as a bridge to Ferrum’s innovative product line for investing, transacting, exchanging, and storing any cryptocurrencies. The important aspects of the Unifyre wallet are instant market trades and risk-free OTC trading. As it is connected to Ferrum Network and Infinity DEX, users can buy and sell any digital asset in a fraction of second at market price in a decentralized manner.

Unlike other crypto networks where transactions cannot be undone and accidental loss is common, UniFyre solves this issue.  Here senders can request confirmation that the transaction is accepted before it is executed, and thus prevents any accidental loss. This way  UniFyre wallet offers proper security against invalid or accidentally wrong transactions.

Overall, the platform is a high speed and interoperable. In the coming future, the platform might have a functionality where users can send money via Whatsapp.

With the integrated financial applications on the Ferrum network, users can easily transact, exchange, buy, and store any cryptocurrencies with zero counterparty risk.

The platform majorly focuses on the peer-to-peer digital cash aspect of DLT technology, along with high-tech, interoperable, DAG-based protocol. With the rise of DeFi applications, the platform might face huge competition from an enormous number of projects. However, Ferrum Network is already well-established and on its way to being a dominant force in the DeFi sector. 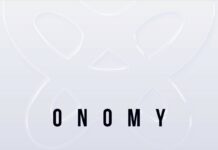