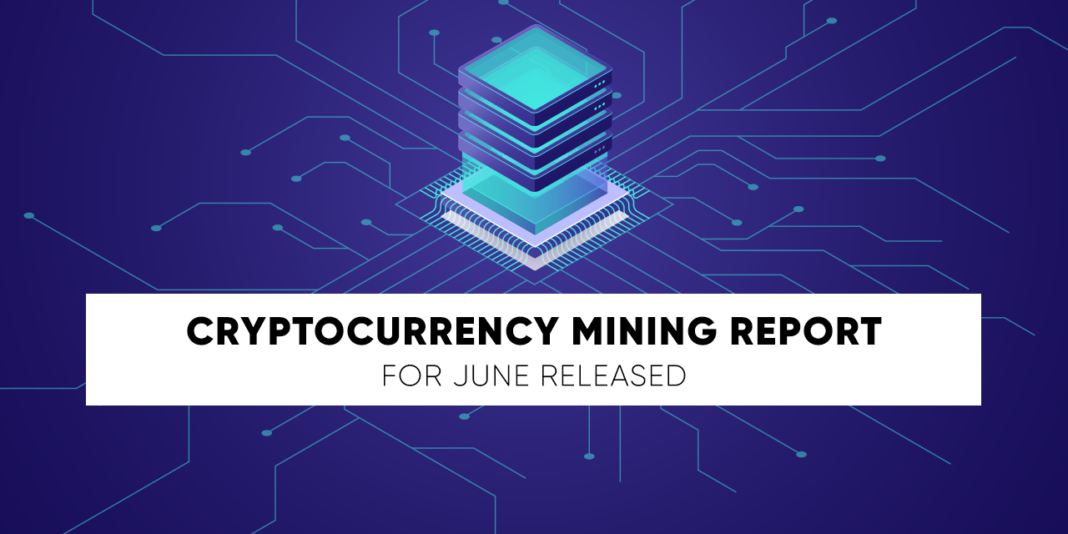 In June, compared to the previous month, the cryptocurrency market value recorded notable gains, prompting a similar trend in the mining community. For example, the top 10 virtual currencies using the energy-intensive Proof of Work algorithm had a combined market value of 380 billion US dollars.

As with previous months, the main factor negatively affecting miners’ return include, but not limited to, the price volatility of individual coins, the amount of computing power used, and the price of mining equipment.

The Shorter the return period, the better

According to the mining report published by Jinse, a crypto news outlet:

“The shorter the return period, the better the current market’s profit-making effect, and the higher the potential for potential capital to enter the field. When the revenue of mining continues to cover its cost, a large number of miners choose to turn off the mining machine, which will lead to ‘mine disaster.’”

Fortunately, the report notes that miners are unlikely to switch off their rigs; cryptocurrency prices have been on the rise. Since the start of the year, the crypto market has been shedding off the bear forces it experienced in 2018.

Additionally, there has been the presence of cheap hydropower which, coupled with the recovery in prices, provided better profit margins for miners in June compared to other months.

From the report, the top ten mining coins experienced an overall price increase of 5.9 percent while the overall market rose by 25.3 percent. Notably, the report observed that in June, the market was “temporary consolidating” during the first half of the month. However, towards the end of the month, “the volume was up and successfully broke through 380 billion US dollars.”

From the analysis, Bitcoin (BTC) led other mainstream mining coins with Bitcoin Cash (BCH), and Ethereum Classic (ETC) recording lower gains at the end of the month. Interestingly, although the average rise in the prices for the top ten mining cryptocurrencies stood at 5.9 percent, Bitcoin rose by 27.7 percent. ZEC and ETH rose by 20 percent and 10.6 percent respectively. Luckily, with the rise in prices, the mining machines’ return cycle would be shortened.

“The top ten mining currency computing power increased by 3% on average, the increase was 8% lower than the previous month. …The proportion of the power of the miners’ control to the whole network determines the success rate of mining. The higher the proportion, the greater the possibility that the miners will be rewarded.”

On the other hand, the income from the top ten cryptos increased by an average of 2 percent daily. Bitcoin Cash, for example, was affected by a decline in the total computing power, which led to a daily income increase of 29 percent in reference to the previous month.